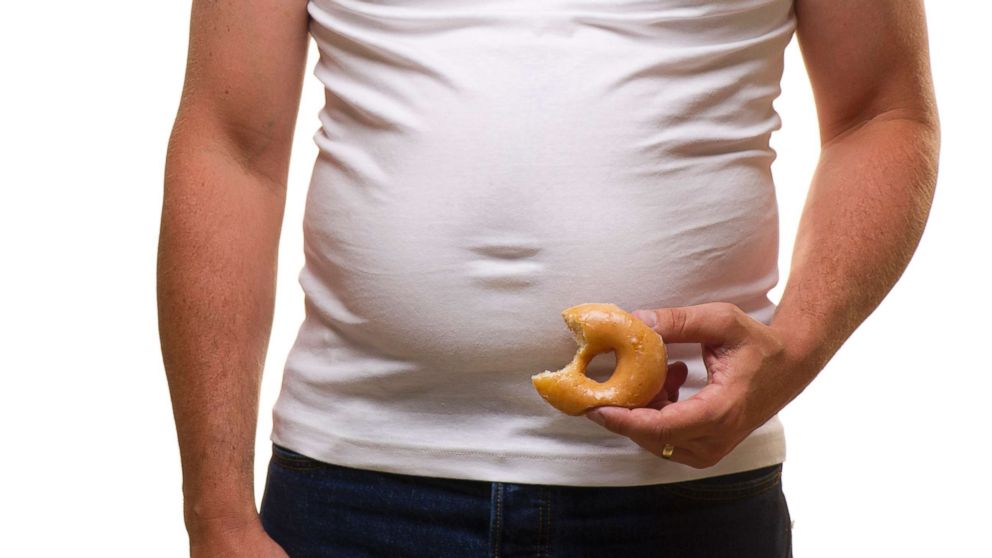 Men who store fat around their midriff are in greater danger of dying from prostate cancer, research suggests.

A man with 40inch (103cm) waist or above has a 35 per cent higher risk of dying from the disease than one who wears a 35inch (90cm) or lower trouser size.

The Oxford University study, looking at more than 200,000 men, did not find an increased risk in people with higher overall body fat if it was spread around the body.

This suggests it is the specific location of the fat that makes males more prone to the killer disease.

Fat stored in the belly is considered the most dangerous type because it coats vital organs, such as the liver, pancreas and intestines.

This may interfere with their normal function and promote the growth of cancerous cells, the researchers said.

The latest research, presented at this year’s European and International Conference on Obesity (ECOICO), looked at 218,225 cancer-free men in the UK, whose medical data is stored in the UK Biobank.

Men in the top 25 per cent for waist circumference, they found, were 35 per cent more likely to die of prostate cancer than men in the bottom 25 per cent.

The largest group included those whose waists measured more than 40 inches (100cm). The waist does not include the hip bones but is the soft section between the pelvis and the ribs, level with the belly button.

Men in the smallest group were those who had waists smaller than 35 inches (90cm).

Meanwhile those in the top quarter for waist-to-hip ratio, another measurement of how much fat is located around the belly area, were 34 per cent more likely to die than men in the bottom quarter.

The risk remained the same even when medical history and lifestyle factors were factored in.

However, researchers did not discover any clear association between a man’s BMI or total fat percentage and prostate cancer.

This meant that even a man who was fatter or heavier overall may not be at the same level of increased risk if most of that fat was stored in their legs and arms.