Scot McKnight on the Brown Church is Multicultural 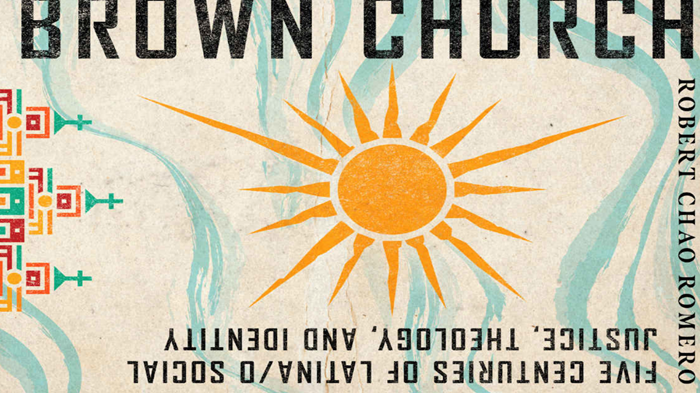 Wherever Church leaders in the USA have Latin/a communities near them must read Robert Chao Romero’s new book, Brown Church. Why? Because most of us don’t know anything about the history and formation and distinctiveness of the Brown church witness to the gospel.

Notice Romero’s own background from his DNA test:

Well, that’s the Abrahamic promise fulfilled in one man! He embodies the diversity of Mexico.

Knowing this history, and how my genes corroborate this history, makes me feel betrayed. I feel like I have been lied to my whole life. I know now that my family’s obsession with whiteness reflects the values of the three-hundred-year-old colonial caste system that idolized “Spanish” racial identity. As part of this racial hierarchy, those deemed “Spanish” reigned supreme and received special socioeconomic, political,and religious benefits and privileges; those racially categorized as “Indian” and “African” were at the bottom; and the castas, or mixed race individuals of Spanish and indigenous ancestry (mestizos) or Spanish and African heritage (mulatos) occupied an intermediary racial status and lived their lives on the edges of the Spanish world. In fact, the Spanish created an insidious system of 14 to 20 official categories of racial mixture. Other categories included Castizo (light-skinned mestizo); Morisco (light-skinned mulato); Zambo (Black-Indian); ahí te estás (there you are); and tente en el aire (hold yourself suspended in mid-air). These categories were fluid, depending on phenotype and wealth, and some passed into the Spanish realm by gaining wealth, becoming a priest, or being appointed to a high governmental posts. In such cases, racial standing was raised to the level of “Spaniard” – sometimes through the of certificates called limpieza de sangre (blood cleansing) or petitions of gracias al sacar (dispensation).

This kind of colonialism and imperialism, tied as it was to the church’s teachings and power, denied the gospel mandate to bring all to the Table of Jesus.

According to their twisted, unbiblical logic, those from Spain possessed a monopoly on Jesus and cultural civility, and in order to become his follower, one had to first become a Spaniard. They confused and conflated Spanish culture with Christianity and thereby idolized themselves. This idolization of Spanish culture and identity is blasphemy, and continues to pervade Latin American and US Latina/o media, society, and even churches, to the present day.

The genius of this 3d chp in Romero’s book is his sketch of three vital figures in the history of multicultural Brown gospel theology. “Following the important footsteps of Montesinos and Las Casas in the sixteenth century, Garcilaso de la Vega el Inca (mestizo), Guaman Poma de Ayala (indigenous), and Sor Juana Ines de la Cruz (Spanish/mestiza) struggled for racial and gender equality and laid the second layer of foundation of the Brown Church in the seventeenth century.”