Rowan Williams: Theological Education Is for Everyone 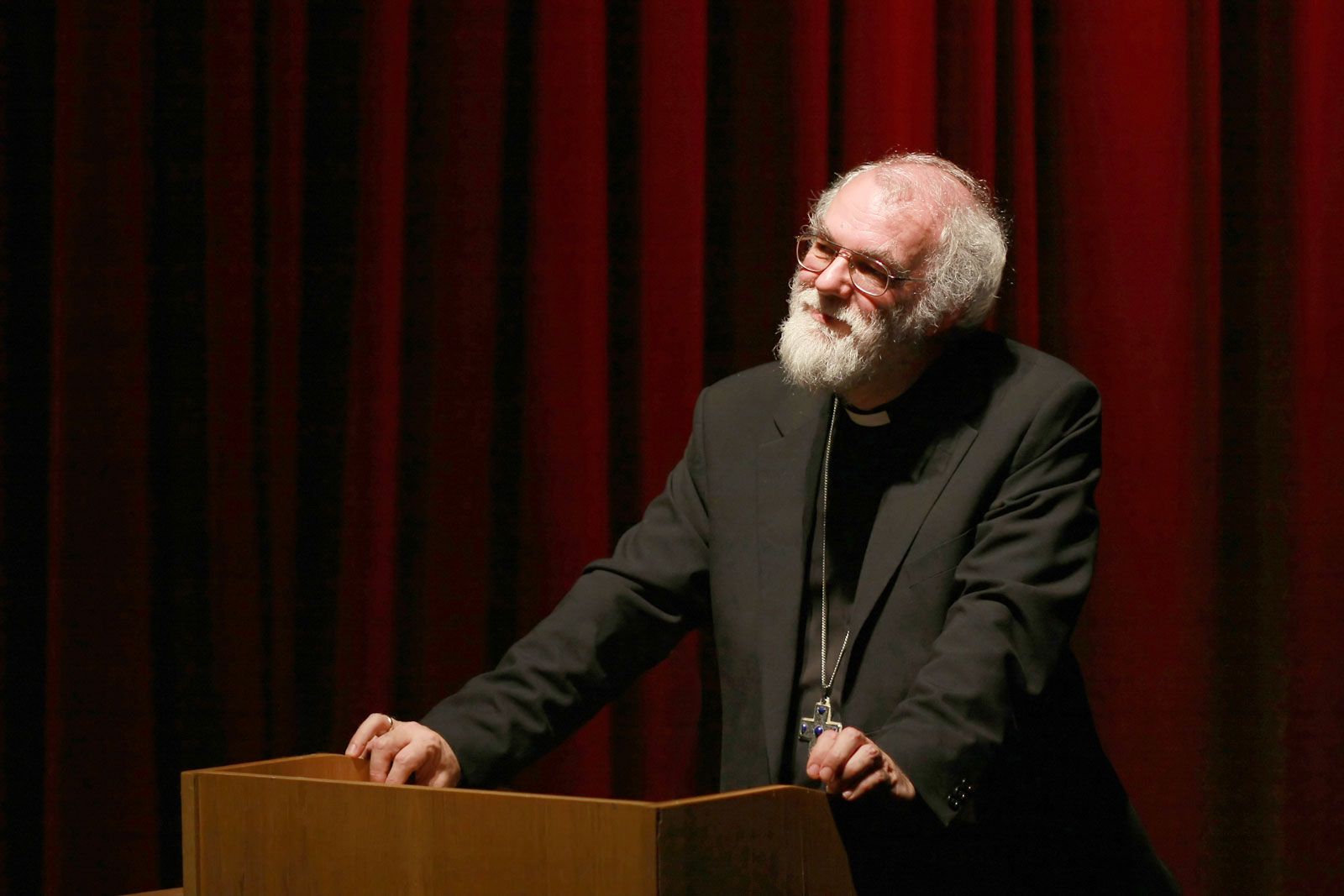 As part of a project to reimagine theological education in the 21st century, theology professor Benjamin Wayman met with Rowan Williams, the 104th Archbishop of Canterbury and Master of Magdalene College at Cambridge University. Over a cup of tea at the Master’s Lodge, Wayman and Williams discussed the nature of theological education, which Williams likened to a strange landscape requiring new patterns and preparations for inhabitation. For Williams, Christian education and formation are like learning to camp in a new land, a new creation.

What do you think are the purpose and nature of theological education?

Well, in the broadest possible sense, theological education is learning more about the world that faith creates, or the world that faith trains you to inhabit. That’s what I really want to come back to again and again when I talk about theology. It’s not about a set of issues or problems, it’s about a landscape you move into—the new creation, if you like. You inhabit this new set of relationships, this new set of perspectives. You see differently, you sense differently, you relate differently.

To do theology is, in some ways, to be taken back to that moment of bewilderment about the newness or the distinctiveness or the strangeness of being in this new Christian framework. So theological education is familiarizing yourself with how people have found their way around that landscape with the perspectives they’ve occupied and then learning to pitch your own tent, as one might say, in that territory.

Justo González argues in The History of Theological Education that theological education is the calling of all Christians—lay and clergy—and he envisions a kind of continuum that begins in the local church, continues in the training of pastors and lay leaders, and moves on to graduate education. He suggests a drip hose metaphor instead of the typical “pipeline.” A drip hose irrigates the garden throughout. What do you make of this idea, and do you like his thinking about theological education as a continuum?

I do, very much. It seems to me that any Christian beginning to reflect on herself or himself within the body of Christ is in that act doing theology: making Christian sense of their lives. So we shouldn’t be at all surprised if people in all parts of the body of Christ show an appetite for doing this and learning about it. And my experience is that there is more of an appetite than many people realize.

What have you found to be the most effective form or method for theological education for pastors? And what about for parishioners?

I might begin by talking about the college where I teach, usually about once a month, and where my wife is the academic dean—St. Mellitus College in London. It’s a new form of ministerial education, which assumes that every student is on a full-time pastoral assignment that will be paid for by them, or by the parish, or by some benefactor. They spend two days a week or thereabouts in seminars and lectures in an academic center. But once every two months, they have a residential weekend, and once every year, they have a residential week.

And what works there, I think, is that these are people who come very directly from the pastoral frontline, and quite often they are fairly new Christians too. The way in which they connect with theological themes is going to be quite edgy, quite challenging sometimes. I find it’s a very fruitful environment. It’s not that they get the theory and then do the practice or that they do the practice and then just reflect on it at a distance, but there’s a to and fro all the time. I think that works quite well, whether in that particular form or in the shape it has in some more conventional seminaries, of people spending a term away on a pastoral placement or something like that.

So that is, in some respects, a kind of pushback on conventional seminary.

A bit. It’s not radical. The old chestnut that theological education is about giving you a set of perfect answers to questions nobody’s asking—you’ve got to avoid that. That human locatedness, that contextualizing, is important. And that’s not to say that contextual considerations trump every other consideration. It just reminds you that you’re learning about the human as well as about God.

As for lay education, what I’ve seen of it working well is very often the kind of group where people feel they have permission to ask the real questions, where there’s a degree of real trust and mutuality, where people don’t feel obliged to come up with shortcuts but are able to take time.

And, again, you don’t stint on the intellectual questioning there. The priority is to get back again and again to that big picture. I go on obsessively about this sometimes. The big picture of the landscape, the new creation, is where we’re headed and where we’re from. The mistake is to think you can just break it down into manageable bits. A theologically-educated layperson is somebody whose capacity for praise and wonder is filled out, not just the capacity to answer pub questions.