Entire NBA playoffs in jeopardy after Milwaukee Bucks boycott their game over Jacob Blake shooting and two other matches are postponed – as LeBron James tweets his support saying – ‘We demand change. Sick of it’ 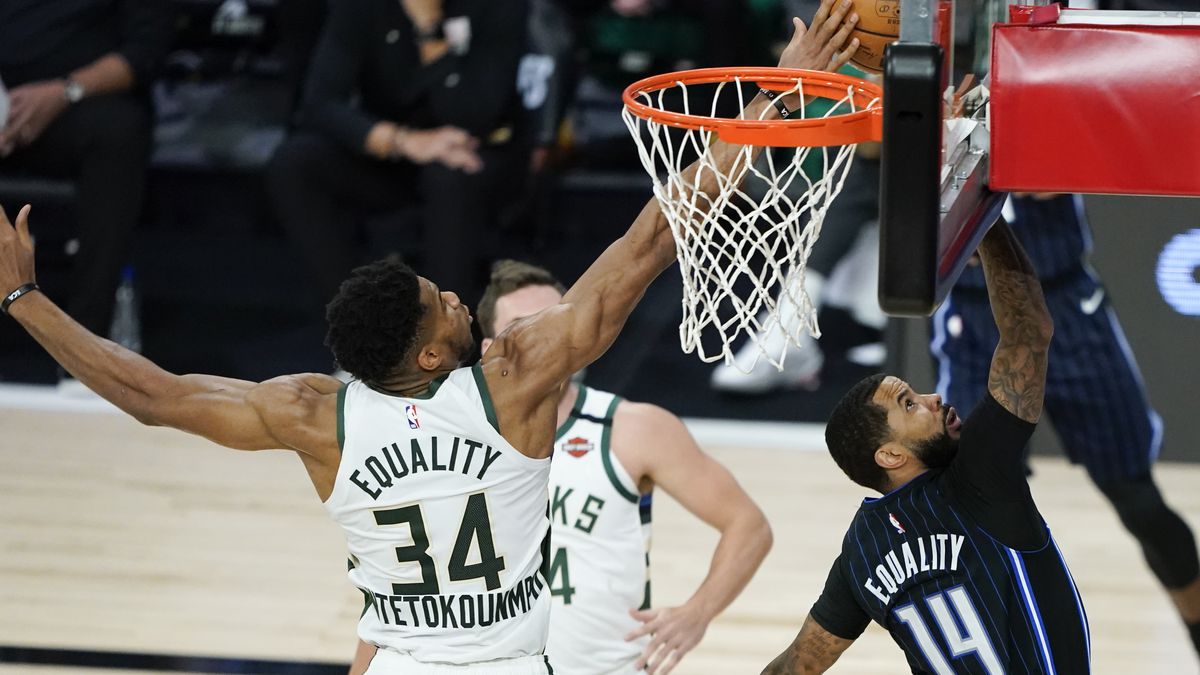 The NBA has postponed the remainder of Wednesday’s playoff games after the Milwaukee Bucks boycotted their matchup with the Orlando Magic in response to the shooting of African-American man Jacob Blake by Kenosha, Wisconsin police on Sunday.

‘The NBA and the National Basketball Players Association today announced that in light of the Milwaukee Bucks’ decision to not take the floor today for Game 5 against the Orlando Magic, today’s three games – Bucks vs. Magic, Houston Rockets vs. Oklahoma City Thunder and Los Angeles Lakers vs. Portland Trail Blazers – have been postponed,’ read a league statement. ‘Game 5 of each series will be rescheduled.’

The Bucks and Magic were set to begin Game 5 of their series shortly after 4 pm, with Milwaukee needing a win to advance to the second round. ESPN’s Adrian Wojnarowski was the first to report the news.

The Milwaukee Bucks stood and read a statement saying they were ‘calling for justice for Jacob Blake, and demand the officers be held responsible.’

Wednesday’s NBA protests spilled over into Major League Baseball, where another Wisconsin team, the Milwaukee Brewers, agreed with Cincinnati Reds players to boycott their evening game, according to multiple reports.

The NBA players who remain in the bubble will have a meeting at 8pm EST to discuss further steps. The discussion should go a long way towards deciding the season’s future, according to ESPN.

‘The season is in jeopardy,’ one veteran told ESPN.

There are three other playoff games scheduled Thursday. It was unclear if they would be affected. Several NBA players, including LeBron James, tweeted out messages demanding change and the Boston Celtics’ official Twitter account did the same.

‘We’re tired of the killings and the injustice,’ Milwaukee guard George Hill told The Undefeated of the Bucks’ decision.

Blake was shot seven times in the back on Sunday in Kenosha, which is a 45-minute drive south of Milwaukee. The 29-year-old father of three is paralyzed from the waist down and is unlikely to walk again, according to the family attorney.