Read An Excerpt from Anthony Esolen’s “Sex and the Unreal City: The Demolition of the Western Mind” 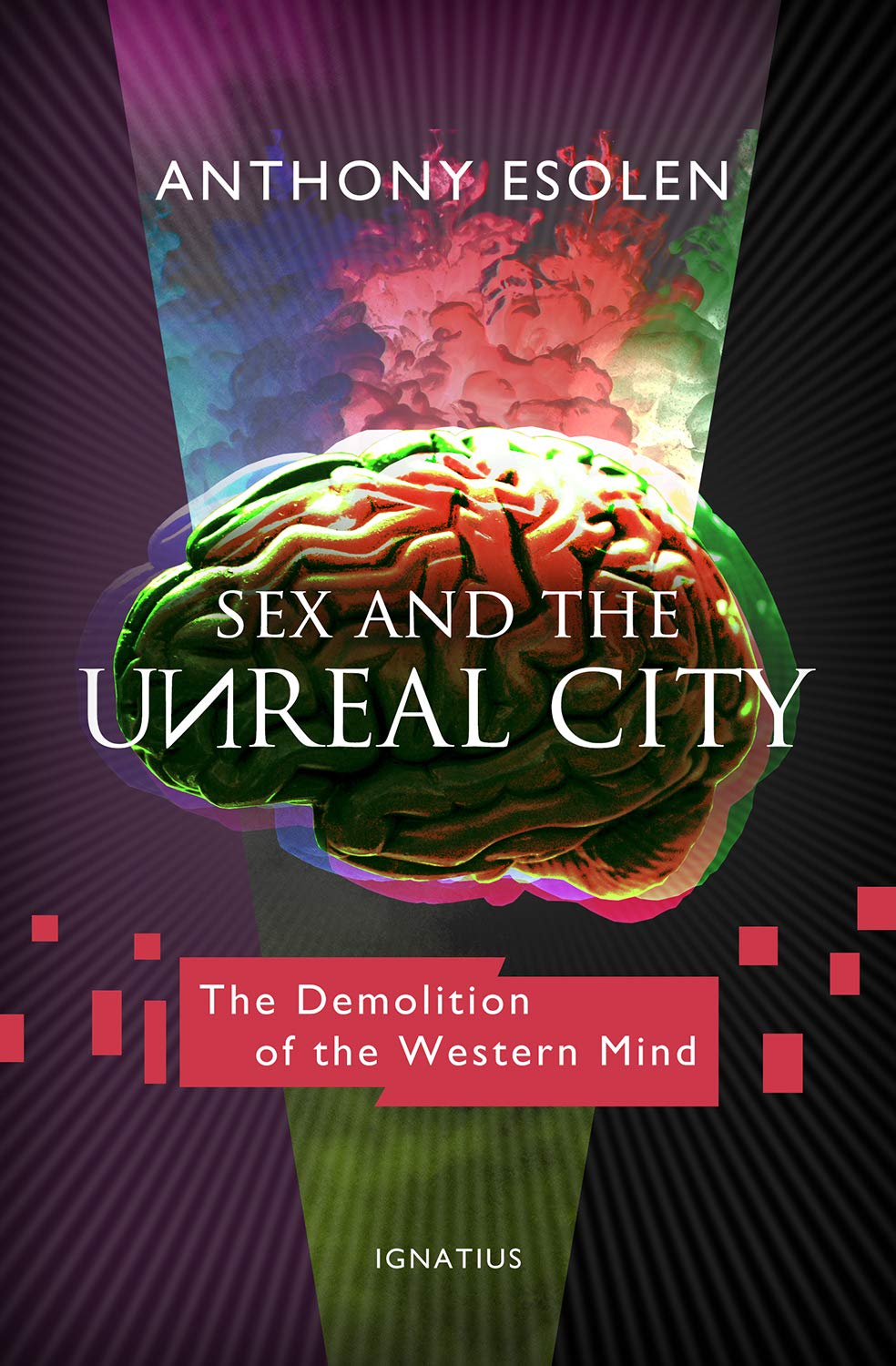 This is an excerpt of “Sex and the Unreal City: The Demolition of the Western Mind” by Anthony Esolen.

We want to believe that our words can alter reality: we want to believe that we can, by linguistic magic, negate the Word through whom all things were made, and the things themselves. ‘‘You shall be as gods’’, said the serpent (Gen 3:5).  Hence the battle in our day is theological, whether we wish to admit it or not.  If a man claims to be a woman, which he can never be, and demands to be addressed as such, he is not merely asking for right etiquette. He is demanding that we enter his delusion, or his lie. It is not true. He is demanding that believers in God fall in worship of an idol. Some idols are hideous, like Moloch, and some are beautiful, like Dionysus. The Hebrew prophets did not care. They did not condemn the idols for their style. They condemned them for being false. We have names for people who accustom themselves to speaking what they know to be untrue. We call them scoundrels or cowards. That a certain realm of our lives — the technological — is held mostly immune from our falsehoods does not necessarily make things better. We are scoundrels and cowards, with airplanes, computers, and bombs.

It may seem odd, meanwhile, that a chapter about bodies should begin with a discussion of words. But the unreality of the ‘‘transgender’’ movement, set ablaze by the wildfire of the sexual revolution generally, depends for its existence upon the supposition that realities depend upon words, so that whoever controls the language controls the universe. It is as if we could say ‘‘same-sex marriage’’, and hey presto, there would be such a thing, or as if a man could declare himself to be a woman, and so it is. It is as if we were gods, as he who was a liar and a murderer from the beginning promised us.

Sometimes whole societies make long forays into madness, but such a situation cannot endure, and people return to something like sanity. Consider this business of a ‘‘transgender’’ movement. There are people of either sex who believe that they are really members of the other. How they can know this, no one says. It is a mere feeling, usually a feeling of intense dissatisfaction or disgust with one’s own sex and one’s body. It is like anorexia in that regard: as when young women who are nothing but skin and bones feel they are fat and see only fat, and they starve themselves to get rid of what does not exist.