New Orleans Braces for Evictions as Renters Fall Behind, Belongings Pile Up on Streets 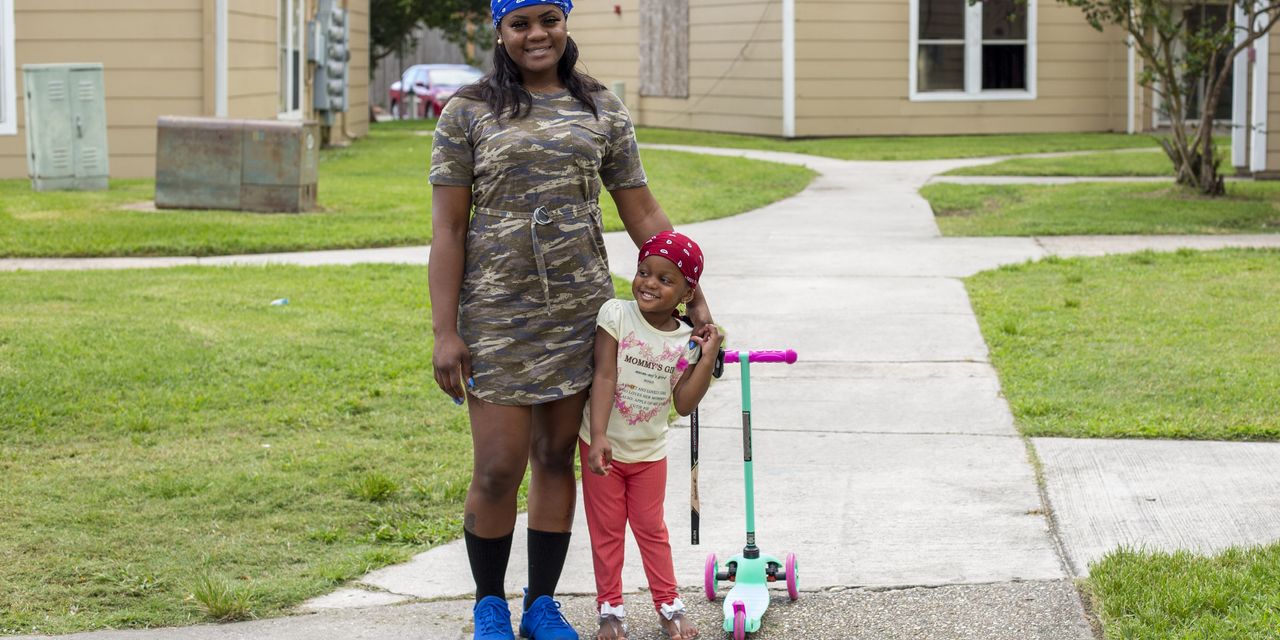 Hundreds of renters in New Orleans have received eviction notices this summer due to unpaid rent—and local advocates and officials expect the worst has yet to come, right as hurricane season gets under way.

That is because Louisiana’s ban on evictions during the coronavirus pandemic expired in June and the grace period for a separate federal eviction moratorium expires Aug. 24.

Even before the pandemic, 44% of the state’s renter residents were considered housing cost-burdened, according to the Louisiana Housing Corporation, meaning they spent more than a third of their incomes on rent. And at $247 a week, Louisiana has among the lowest maximum unemployment benefits of any state.

Chucked-out belongings are now spotted on some New Orleans street corners. Baby cribs and child car seats, the remnants from forced-out families, sit stacked in piles in 90-degree heat. One Twitter user dubbed the unsightly accumulations “eviction cairns” in the city of 400,000.

With limited public funds on hand, the mayor of New Orleans is asking the public to donate money through Givebutter.com, a website often used by college students for funding charity causes, to raise money for tenants who can’t pay their rent.

Mayor LaToya Cantrell’s effort has brought in about $46,000, according to the website, short of her stated goal of $75,000. That amount would cover three months of rent for 31 families who pay $800 a month or less.

Ms. Cantrell summed it up in a message on her website: “The need simply far outpaces the resources.”

Ms. Cantrell began fundraising shortly after a federal eviction ban expired last month. Cities such as New York and San Francisco have banned evictions during the pandemic to protect tenants behind on rent, but New Orleans hasn’t. It is one of the most susceptible places in the country for mass evictions due to its large, low-wage population facing job losses and other hardships during the pandemic.

The federal government, through existing funding and several relief programs, has supplied $24 million to Louisiana to help renters statewide. But local administrators say their systems have been overwhelmed by the number of requests and little of the money has been distributed. Like the city of New Orleans’ rental assistance fund, it was inundated with applications as soon as it was announced.

“We’re gonna see what happens now,” said Constable Lambert C. Boissiere Jr., whose job is to enforce evictions when people are ordered to leave their homes by court judges.

Most tenants move out voluntarily when receiving an eviction notice. If they don’t, the constable’s deputies step in. As of Aug. 13, Mr. Boissiere said his deputies had enforced 76 evictions since June. One woman, Mr. Boissiere said, locked herself in her bathroom until police officers were called in to get her out.

“It’s sad to see, especially single parents with children that had to be evicted,” he said.