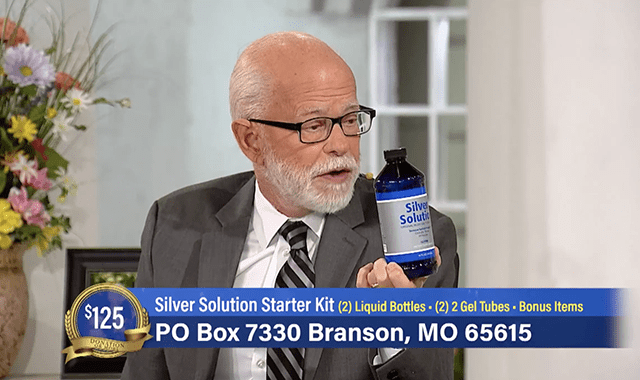 Evangelist and popular television show host Jim Bakker, 80, received a boost to his recovery from a recent stroke in the form of good news on two major fronts. The FDA has closed its investigation, and officials from more than one state have backed down following a federal lawsuit.

According to a July 8 close-out letter from the FDA, The Jim Bakker Show has addressed the concerns raised in its March 8 warning letter regarding The Jim Bakker Show and its promotion of Silver Solution. Attorneys for Bakker say this decision followed a recent evaluation of his immediate corrective actions in response to the letter.

According to the FDA’s procedure, “A close-out letter may issue [only] when, based on FDA’s evaluation, the firm has taken corrective action to address the violations contained in the Warning Letter. A close-out letter will not be issued on representations that some action will or has been taken. The corrective actions must actually have been made and verified by the FDA.”

The FDA sent the original letter as part of its nationwide effort to prevent the sale of certain natural products and supplements that the government believes do not cure COVID-19. It issued warning letters March 8 to The Jim Bakker Show and six other companies for the reported sale of fraudulent coronavirus treatment products, according to CNBC. This followed the promotion of a colloidal silver supplement called Silver Solution on the show Feb. 12 via the appearance of Dr. Sherill Sellman, a board-certified integrative naturopathic doctor.

Bakker himself has taken the supplement personally for more than a decade, said his attorneys. But the mention of COVID-19 in connection with Silver Solution raised a storm, and Bakker’s enemies were quick to attack on social media. The New York state attorney general issued a cease and desist order, and the FDA warning letter quickly followed.