Confusion on Liberty Mountain: Jerry Falwell Jr. denies that he has resigned from Liberty University 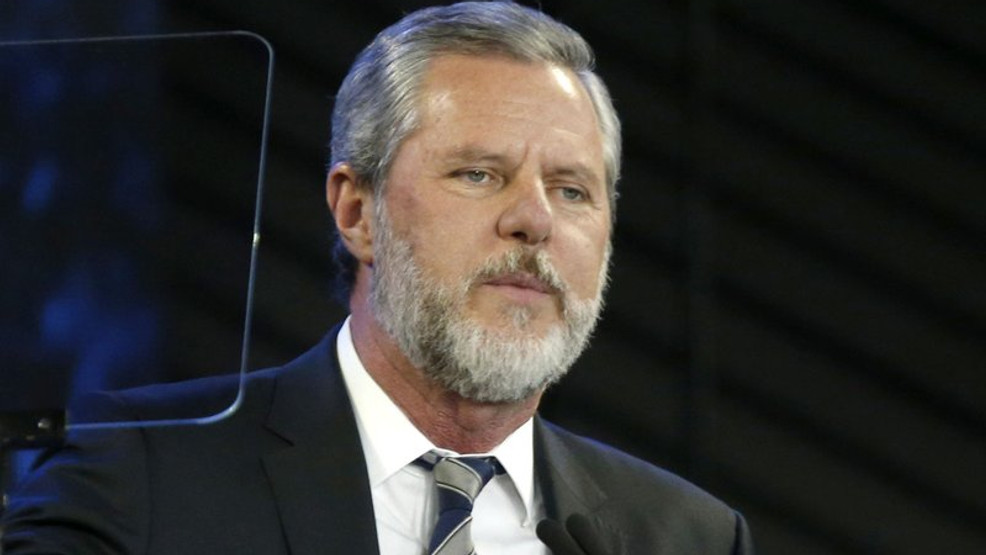 Jerry Falwell Jr. has denied ‘completely false’ reports that he has resigned as president and chancellor of Liberty University after a pool boy claimed the evangelist watched while he had sex with his wife.

A school official confirmed on Monday – the first day of classes for students – that Falwell had agreed to resign, the Washington Post reports.

‘I have not resigned. I will be on indefinite leave,’ Falwell later told POLITICO.

When a reporter asked a spokesperson for Liberty University whether Falwell had indeed resigned, the spokesperson answered affirmatively.

The university said a statement would be ‘forthcoming.’

Reached later on Monday, the spokesperson said: ‘I cannot say anything and I can only give a statement from the Board if they give me a statement.’

Falwell said he had told the Liberty Board of Trustees earlier in the summer that he needed a break from work.

He told Virginia Business that the board agreed he take a ‘leave of absence’ after a ‘stupid picture’ emerged on Instagram showing him and his female assistant with their pants unzipped and bellies sticking out.

‘I don’t care what you call it. I’ve been at this for so many years and under so much stress, I decided I needed a three-month break,’ Falwell said.

He said he’s ‘enjoying it, except for the press.’

The controversy erupted after Giancarlo Granda, 29, spoke out on Monday in an interview with Reuters where he contradicted Falwell’s claims that he was trying to extort the pair and had an affair with his wife, and gave more details about his alleged sexual relationship with them.

He said he was 20 when he met the pair in Miami and that starting in March 2012, he had sex with Falwell’s wife Becki several times a year in hotel rooms, sometimes while Falwell Jr. watched, until 2018.

‘Becki and I developed an intimate relationship and Jerry enjoyed watching from the corner of the room,’ Giancarlo said.

During that time, the trio went into business together with an LGBTQ-friendly hostel in Miami that Giancarlo runs.

He said that he was used as a ‘target’ for the couple’s ‘sexual escapades’ and that he was not trying to extort the pair, even though he threatened to go ‘the kamikaze route’ if they didn’t give him what he wanted.

He sat down with Reuters earlier this month. They went to Falwell Jr. with Giancarlo’s claims, which is what prompted his statement on Sunday night.

Now 29, Granda described the liaisons as frequent – ‘multiple times per year’ – and said the encounters took place at hotels in Miami and New York, and at the Falwells´ home in Virginia.

On Sunday night, Falwell Jr. – a prominent Trump endorser and one of the most influential right-wing Christians in America – told The Washington Examiner that he and his family were being extorted.

He said Becki had an affair with Giancarlo that he had ‘no involvement in’, and that he’d chosen to forgive his wife.

Giancarlo claims the opposite.

He showed Reuters texts from Becki where she said she was ‘missing him like crazy’ and also gave an audio recording of her complaining about hearing about the other women Giancarlo had been intimate with. Falwell Jr. was also on the call and told him that he was going to make his wife ‘jealous’.