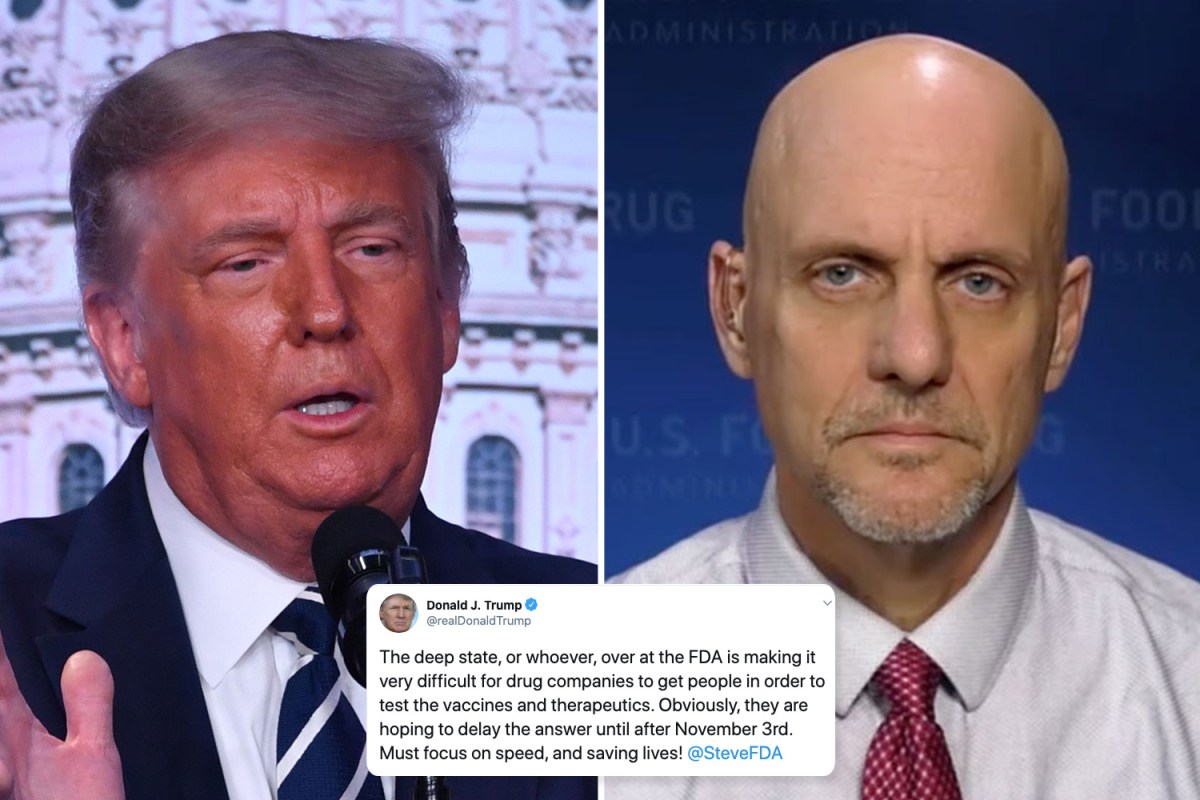 Donald Trump has called the FDA part of the “deep state” and accused the drug administration of slow-walking vaccine testing until after the election.

The president made the comments about the Food and Drug Administration in an early morning Twitter rant on Saturday, despite the head of the agency, Dr Stephen Hahn, being a Trump nominee.

Human trials for a COVID-19 vaccine are currently being carried out around the world in a bid to stamp out the pandemic, which has killed 800,000 people worldwide so far, including 174,000 Americans.

No vaccine has yet been produced that has passed all the safety checks necessary to roll it out in the general population.

But Trump claims that the FDA is trying to block efforts to immunize Americans until after the November election where his handling of the pandemic is a key point of discussion.

He tweeted: “The deep state, or whoever, over at the FDA is making it very difficult for drug companies to get people in order to test the vaccines and therapeutics.

“Obviously, they are hoping to delay the answer until after November 3rd. Must focus on speed, and saving lives!”

Trump followed up on the tweet with another referring to the FDA’s decision to revoke emergency authorisation of hydroxychloroquine and chloroquine for treating COVID-19 because it was “unlikely to be effective”.

But he claimed: “Many doctors and studies disagree with this!”

Trump vowed earlier in August that a vaccine would possibly be ready by the date of the presidential election, or “right around that time.”