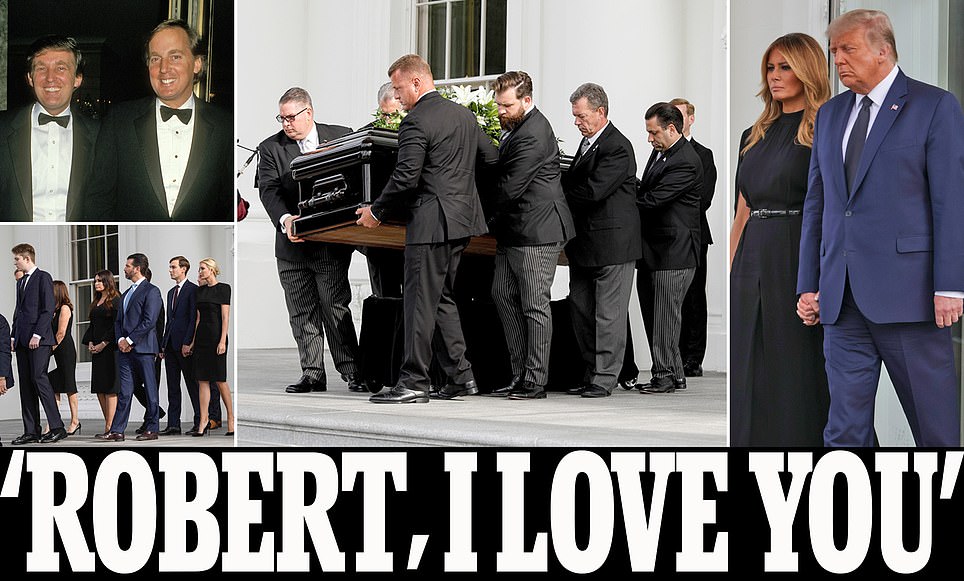 Donald Trump held a private funeral service at the White House Friday afternoon for his younger brother Robert who died last week aged 71. The president and First Lady cut somber figures (right) as they watched pallbearers carry Robert’s casket (center) out of the North Portico of the White House and down the steps to a waiting hears . The First Lady, dressed in a midi length black dress and black court shoes, comforted her grieving husband clutching tightly to his hand while Trump shut his eyes and took a moment as he bid farewell to his younger sibling. They were joined by several members of the Trump family including the president’s children (bottom left) and Robert’s widow Ann Marie Pallan Trump who choked back tears as her husband’s body was carried away. This is the first time a funeral service was held at the US seat of government since President John F. Kennedy’s funeral following his assassination back in 1963. The service made Trump’s brother one of only a handful of private citizens to have had their funeral service in the White House in its entire history. Robert died Saturday in a New York hospital after ‘suffering brain bleeds following a recent fall’.