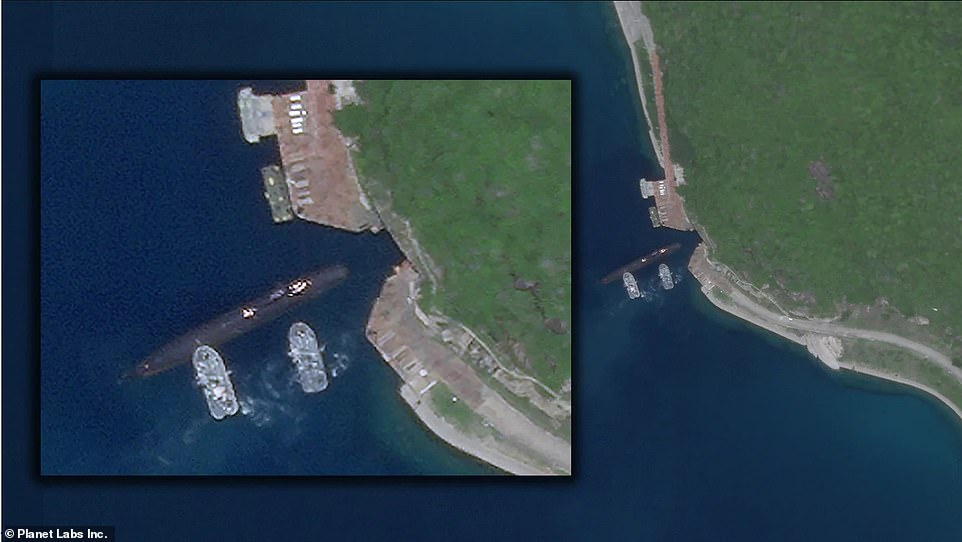 The first-known images of a submarine entering an infamous Chinese ‘Bond lair’ of underwater caverns have been published online.

In the pictures, which first appeared on Radio Free Asia’s social media channels, were analyzed by The War Zone.

They were taken at Yulin Naval Base on Hainan Island – a highly-important strategic base, with capacity for 20 submarines.

Photos of the area have been seen before, but these images appear to be the first of a submarine entering the cave network beneath the mountain that houses the base, the publication said.

Yulin Naval Base, Hainan, #China is home to a large underground facility with covered tram from magazine to loading areas pic.twitter.com/cIv9MPC0cy

Rogoway said the submarine in the photos was thought to be a Shang class/Type 093 nuclear attack submarine.

He also noted that all of the other submarine berths were empty – a highly-unusual detail.

Speculation was that the submarines could be out on patrol, or else also within the mountain complex.

The photos come at a time of heightened tension in the region.

In July, the USS Nimitz and USS Ronald Reagan came together along with their attendant strike groups, carrier-launched F-18 fighters and a B-52 bomber for military exercises.

The US Navy hasn’t brought carriers together for such shows of force in the region since 2014 when the USS George Washington and USS Carl Vinson sailed there side by side.

Beijing threatened to blow them up.