Keeper of Beirut’s past looks to architectural future after blast 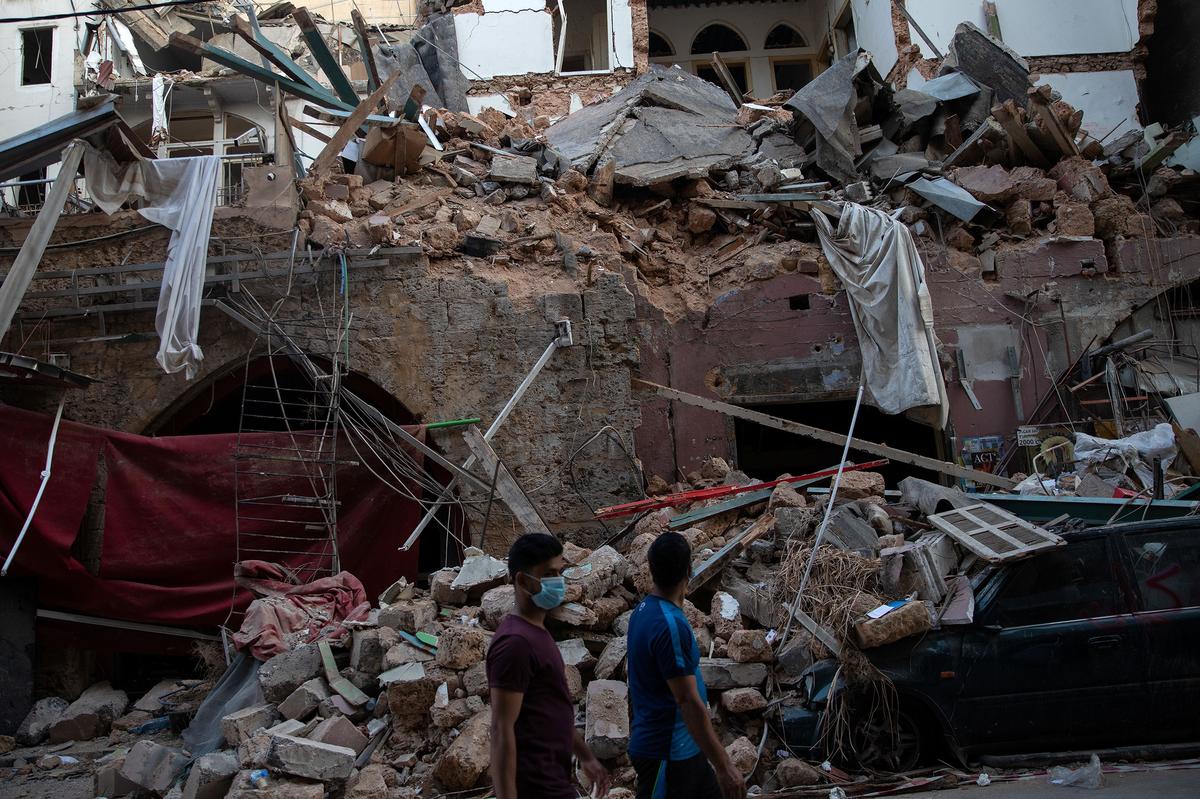 BEIRUT (Reuters) – Standing in front of the rubble of a house destroyed in Beirut’s port blast, Henry Loussian brushes off the dust and dirt from fragments of its architecture all but lost among a tangle of scaffolding obscuring a grand ceiling and elaborate chandelier.

Such heritage houses were once commonplace, but many were razed during the 1975-1990 civil war and then decades of high-rise redevelopment.

Now the 42-year-old is doing what he can to ensure the spirit of those damaged or destroyed on Aug. 4 lives on.

“This is my love, this is what I love, the ornaments of the house. Look at the balcony, the iron, it’s still as it is,” he said.

Loussian has spent years salvaging items from houses before they were bulldozed and then building a home, an hour outside Beirut, to accommodate the pieces and become a showroom of treasures from the city’s past.

Since the huge explosion that left 300,000 people homeless, injured thousands and killed 178, he has been offering help and advice to those whose traditional homes were damaged.

“There were a few (listed) homes, now they’re gone. We were proud of ourselves, that we were able to protect these homes before the explosion. Now they’re gone, they’re exploded, it’s unbelievable,” said Loussian, a collector and jewellery shop owner.

He and wife Rita hope eventually to open their home as a museum to show others the beauty of the city’s history.

“I’m definitely proud to be living in this house, first of all because it reflects Lebanon’s true heritage, secondly, because it encompasses many homes in Beirut that are now gone, thirdly, it now stands as tribute to the homes that were damaged,” she said.

Loussian added: “Beirut has always faced wars, explosions, political stuff that change the face of Beirut. The most important thing however is for us not to forget Beirut, that it is not forgotten. I love this city, it makes me proud, proud to be Lebanese, Beiruti.”