Trump Floats Invalidating Election Over Mail-In Voting, Says Election May Have to Be Held Again 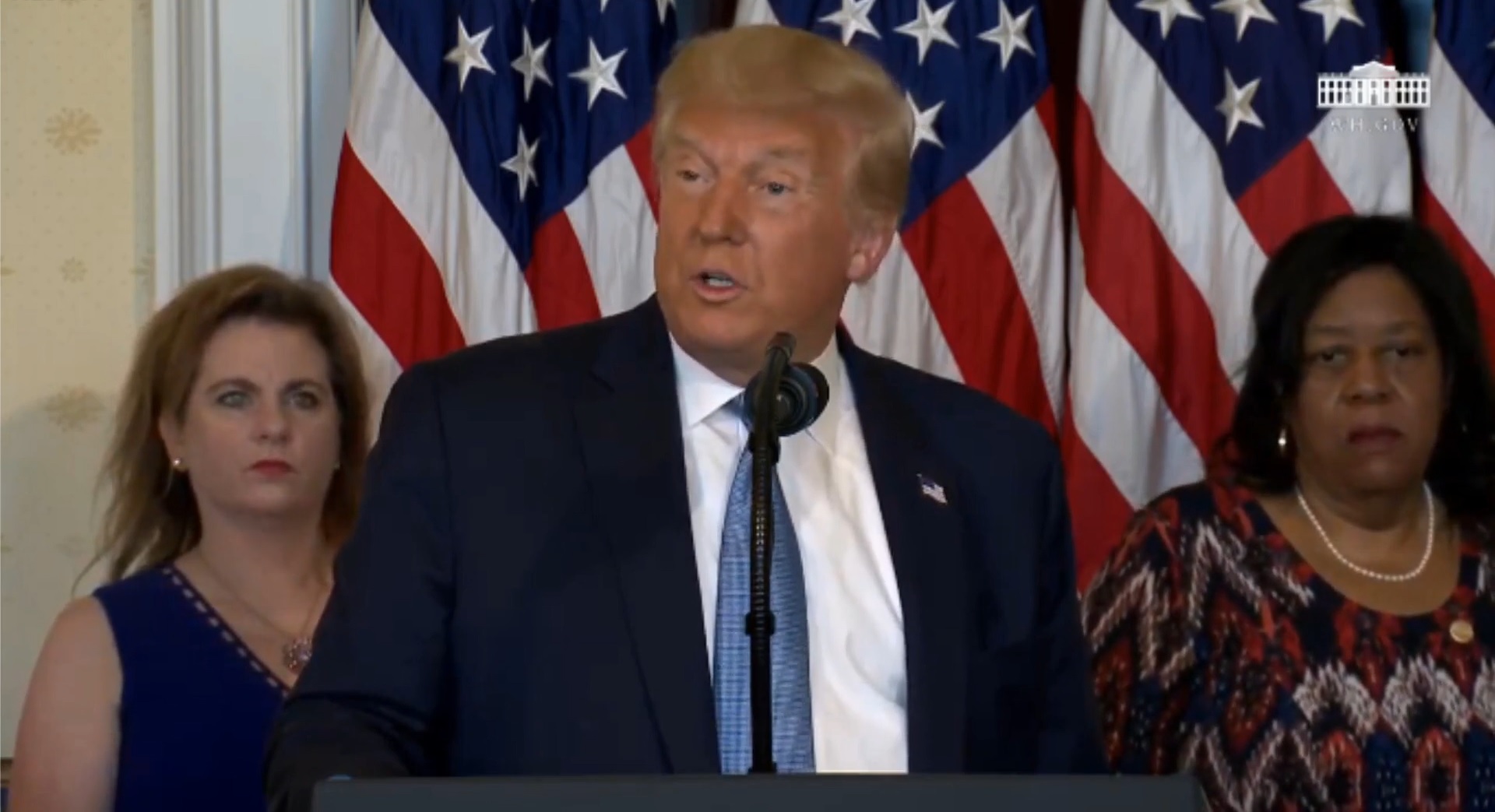 President Donald Trump claimed on Tuesday that the 2020 presidential election may have to be done again if universal mail-in voting is introduced.

During his announcement of a posthumous presidential pardon for pioneering women’s rights activist Susan B. Anthony — who died in 1906 — Trump was asked about his feud with the Democratic Party over mail-in voting.

“The Democrats want to make it a political issue. It’s not a political issue, it’s really about a correct vote. You have to get voting right,” he declared. “You can’t have millions and millions of ballots sent all over the place, sent to people that are dead, sent to dogs, cats. Sent to everyone. This is a serious situation, this isn’t games, and you have to get it right.”

He went on, “You can’t take millions of ballots, send them haphazardly all over the country, or all over a state, and expect it to come out properly,” before clarifying, “By the way, absentee is great, it’s been working for a long time like in Florida. Absentee, you request and it comes in, and then you send it back. Absentee is great, but universal is going to be a disaster the likes of which our country has never seen.”

“It’ll end up being a rigged election or they will never come out with an outcome. They’ll have to do it again, and nobody wants that,” Trump concluded. “And I don’t want that.”