‘America Is at a Crossroads’: John Kasich Delivers DNC Speech From Literal Crossroads 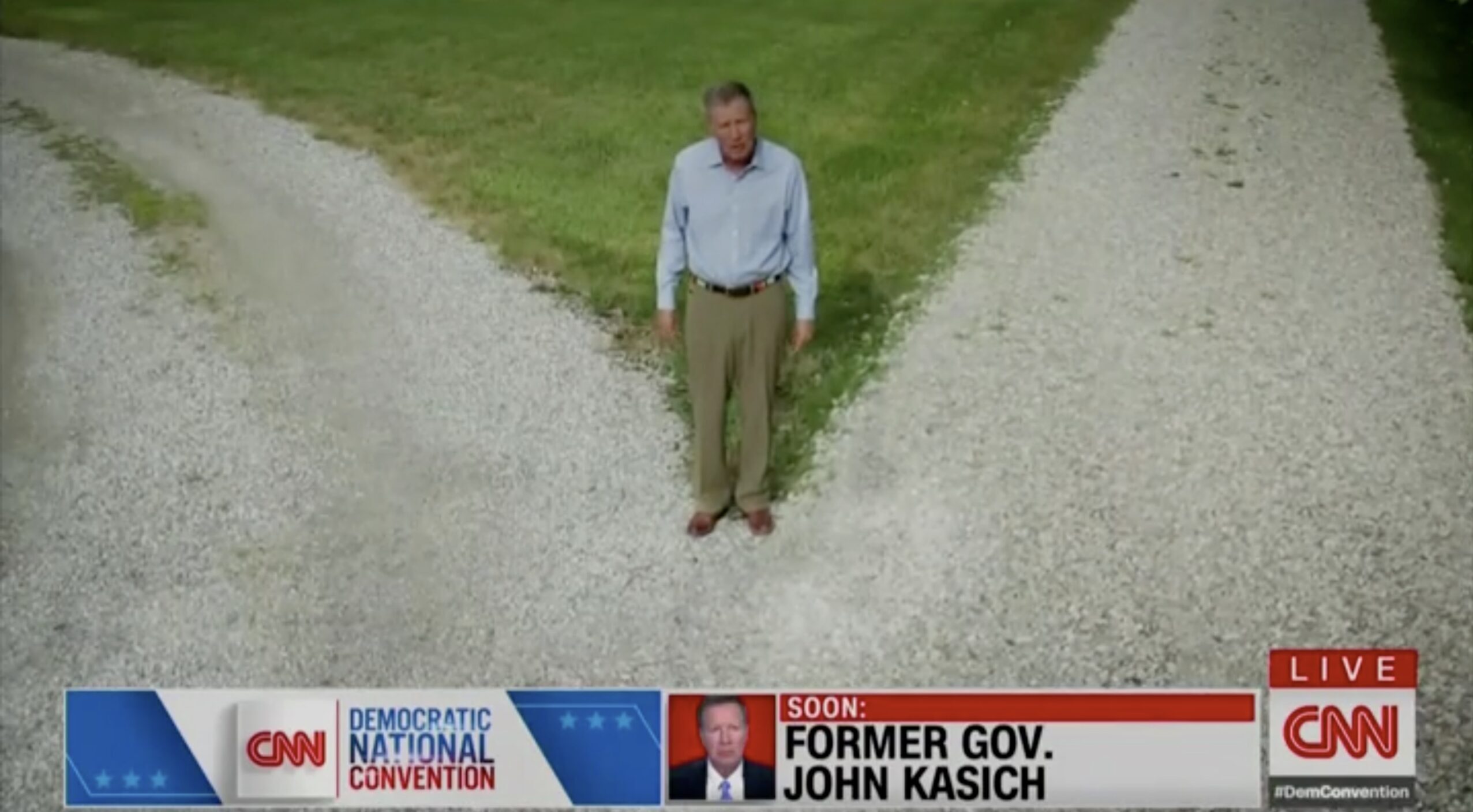 “The stakes in this election are greater than any other in modern times. Many of us have been deeply concerned about the current path we have been following for the past four years. It’s a path that led to division, dysfunction, irresponsibility, and growing vitriol between citizens. Continuing that path will have terrible consequences for America’s soul because we’re being taken down the wrong road by a president who has pitted one against the other.”

The former governor continued with his crossroads metaphor and asked his fellow Republican viewers to choose “a better way forward” — noting that “many of us can’t imagine four more years down this path.