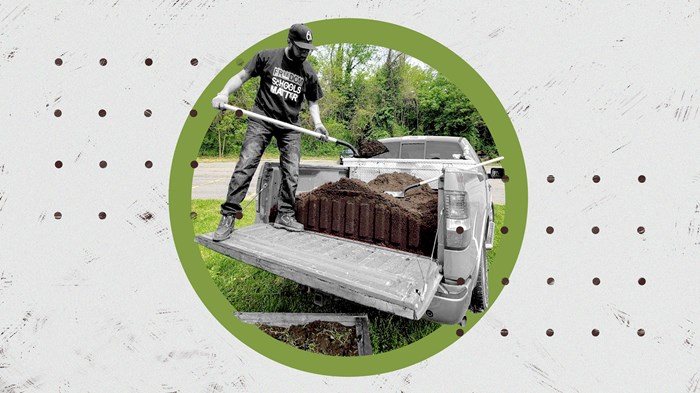 Some would have seen nothing but a lawn around the black Baptist church in Baltimore, but pastor Heber Brown III had a grander vision—a garden space to minister to people’s physical hunger.

Ten years later, that garden is bearing fruit in a time of need. The Black Church Food Security Network—which was once just 1,500 square feet of grass and a pastor’s dream—has grown to involve 50 congregations across the United States, each using their resources and connections to bring fresh produce from “soil to sanctuary.”

“There is a deep and long history of African American church leaders and Christian congregations that have engaged the issue of agriculture as a pathway to empowerment,” Brown told Christianity Today. “I wanted to do something in addition to prayer and Scripture to meet this need that I was seeing in our congregation.”

Christian food ministries are stretching to their limits to meet the needs of 2020. The COVID-19 pandemic, followed by shutdowns and the subsequent economic crisis, has created an unprecedented demand. Saddleback Church in Southern California has served more than 1 million meals between March and the end of June, with congregation members working more than 10,000 volunteer shifts to feed 165,000 people.

On the other end of the country, the Bowery Mission, the oldest Christian ministry serving homeless people in New York City, has seen a similar spike in need.

“We had a period of time there in April, that we were serving twice as many people as we would ordinarily serve,” said James Winans, the mission’s CEO.

As federal, state, and city aid programs were implemented, Winans saw the need level off. But he expects more hungry people soon, when the ban on evictions is lifted and those behind on bills will be forced to make tough choices.

Winans, like other Christians involved in caring for the poor, also knows there are deeper needs that can’t be solved with one meal here and another there.

“We meet a physical need. We build a trust-based relationship. Over time the spiritual needs become apparent as well and we share God’s Word with them,” Winans said. “We know that we’re serving whole people in a holistic way.”

Some church ministries have also started looking for ways to go beyond the “soup kitchen” model to address the systemic food shortages many people face in America, even when the country isn’t wracked by a pandemic. They’re looking for long-term solutions to what experts call “food deserts” or, pointing to the systemic injustices that create these problems, “food apartheid.”

The United States Department of Agriculture reported in 2015 that about 13 percent of Americans—roughly 40 million people—live in areas where it is hard to get food. In rural areas, that means they live more than 10 miles from a grocery store. In urban areas, it’s 1 mile.

That distance can be difficult for people living in poverty at any time, but it becomes even harder to navigate during times of social crisis. In Minneapolis, when police cracked down on protests against racism and police violence in response to the death of George Floyd, the city closed bridges and canceled buses. This created “famine like conditions” in parts of the city, according to churches organizing aid. Bethlehem Baptist Church set up emergency “pop up” grocery stores to meet the need and a group of churches started discussions about ways to improve food supply in the city.

In Baltimore, Brown points out the need for food is not a new problem, unique to 2020. He’s hoped for systemic change in his community for about as long as he’s been a pastor.

“I’m never going to say that providing food to those in emergency situations is never a good thing,” Brown said. “I will say that food charity is no sustainable solution to food injustice.”