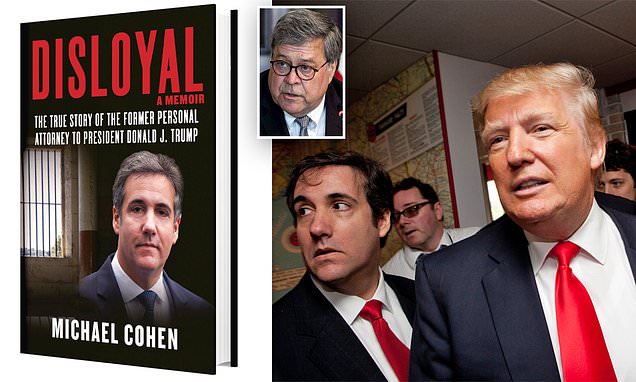 Michael Cohen previewed the cover image and title of his upcoming book ‘Disloyal’ (https://disloyalthebook.com/download-the-disloyal-foreword-written-by-michael-cohen/) on Thursday after the courts ruled against Attorney General Bill Barr’s attempt to stop him from publishing the tell-all. ‘Coming Soon,’ Cohen teased on Twitter along with an image of the cover of his memoir revealing the title, ‘Disloyal: The True Story of the Former Personal Attorney to President Donald J. Trump’. The U.S. government made an agreement with federal prosecutors at the end of July to abandon its efforts to impose a gag order on Cohen as he prepares to release his book critical of his former boss.