In tell-all memoir ‘Disloyal’, Michael Cohen claims Trump wanted him DEAD and one of the president’s supporters told him ‘rats deserve to die’ after he agreed to cooperate with the Mueller investigation 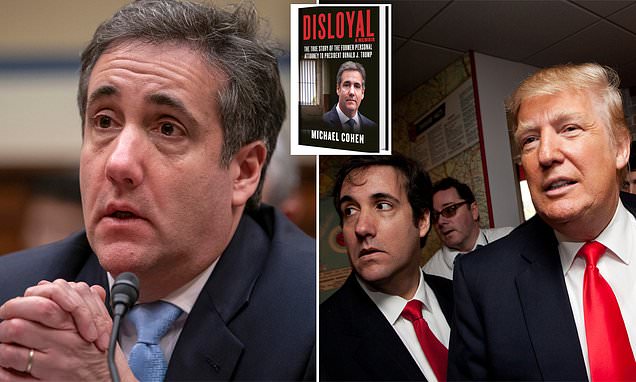 ‘The President of the United States wanted me dead,’ Michael Cohen says in the foreword for his book, Disloyal, released on Thursday. The disgraced former lawyer shared that Trump talked like a mob boss, ‘using language carefully calibrated to convey his desires and demands, while at the same time employing deliberate indirection to insulate himself and avoid actually ordering a hit on his former personal attorney, confidant, consigliere, and, at least in my heart, adopted son.’