California megachurch holds massive services for 7,000 people in defiance of social distancing orders – and says it will sue state officials over 100-person cap on indoor gatherings 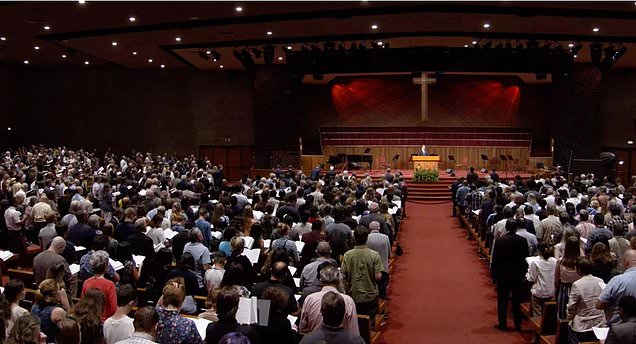 A megachurch in suburban Los Angeles which has defied public health orders to hold services with up to 7,000 worshipers has filed a lawsuit challenging California’s 100-person limit on indoor church gatherings.

Grace Community Church in Sun Valley initially closed its doors in March with the arrival of the COVID-19 pandemic, but in recent weeks it has flouted public health guidelines and allowed thousands into its congregation.

It initially had plans to formally reopen in May, but a federal court ruling upheld the state’s ban on indoor religious services. Grace Community Church reopened in July.

‘People started slowly coming back,’ Pastor John MacArthur told CNN, ‘and they just kept coming until there were six or seven thousand.’