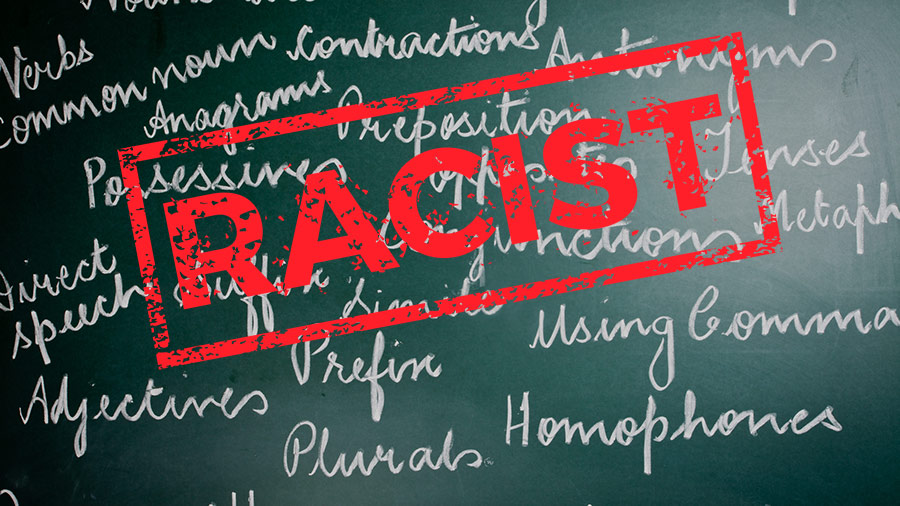 Have you heard the latest? Grammar has now been deemed racist, as has been math. And should you dare question these new insights, that makes you a racist too. Obviously!

Fact checkers have challenged the claim that, last month, “Rutgers University declared grammar to be racist.” But such claims have been made before.

As noted in a February 21, 2017 article, “The University of Washington produced an ‘antiracist’ poster which insists American grammar is ‘racist’ and an ‘unjust language structure,’ promising to prioritize rhetoric over ‘grammatical ‘correctness.’”

As explained on the university’s Tacoma-based website, “Racism is the normal condition of things. Linguistic and writing research has shown clearly for many decades that there is no inherent ‘standard’ of English. Language is constantly changing. These two facts make it very difficult to justify placing people in hierarchies or restricting opportunities and privileges because of the way people communicate in particular versions of English.”

But there’s more. As reported by Prof. Walter Williams on the Daily Signal, September 11, 2019, “Just when we thought colleges could not spout loonier ideas, we have a new one from American University.

“They hired a professor to teach other professors to grade students based on their ‘labor’ rather than their writing ability.”

The newly-hired professor is Asao B. Inoue, who, interestingly enough, has also served as a professor at the aforementioned University of Washington in Tacoma.