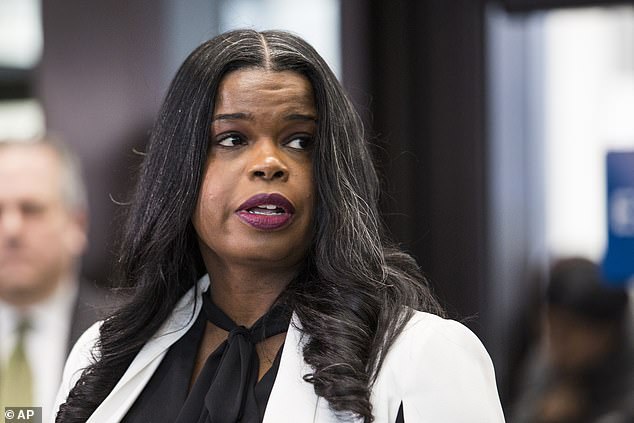 Cook County State’s Attorney Kim Foxx has dismissed more than 25,000 felony cases – including many involving charges of murder and other serious crimes – in her first three years on the job, a new report shows.

Foxx gained notoriety last year when she dropped felony charges against Jussie Smollett, the Empire actor accused of staging a racist, homophobic attack on himself in January 2019.

The Chicago Tribune on Monday published an analysis of Foxx’s overall record on dropping charges, revealing that she has done so at a rate that’s 35 percent higher than her predecessor.

In the first three years after Foxx took over as Cook County’s top prosecutor in 2016, her office dismissed all charges against 29.9 percent of felony defendants, the Tribune found.

A total of 25,183 defendants had their felony charges dismissed under Foxx up until November 2019, compared with 18,694 under Alvarez during a similar period, the Tribune said.

Foxx took over as state’s attorney in 2016 with a promise to bring criminal justice reform and to reduce the population of Cook County Jail.

The Democrat is now up for re-election in November after beating three challengers in a tight race that was one of the most expensive of its kind.

Foxx defended her case dismissal record in an interview with the Tribune prior to the publication of its analysis.

The newspaper reported that Foxx did not dispute the findings, but said that the high rate of dismissal gave an ‘incomplete picture of her commitment to keeping the public safe’.

‘It is always eye-opening to be able to look at our own data and compare it to my predecessor’s past,’ Foxx said. ‘I can’t reconcile what her decision-making was, and how they chose to (dismiss) cases in the past.

‘But I will say that this administration has been clear that our focus would be on violent crime and making sure that our resources and attention would go to addressing violent crime.’

Foxx asserted that her office has focused on dropping cases against low-level, nonviolent offenders – though the Tribune’s analysis paints a different picture.

It found that Foxx has consistently dismissed cases involving murder, shootings, sex crimes and serious drug offenses at a significantly higher rate than Alvarez did.

Below is a breakdown of dismissal rates for different felony crimes under Foxx and Alvarez: