Danny Slavich on ‘White Fragility’ is Not a Christian Book, but It Can Still Be Informative 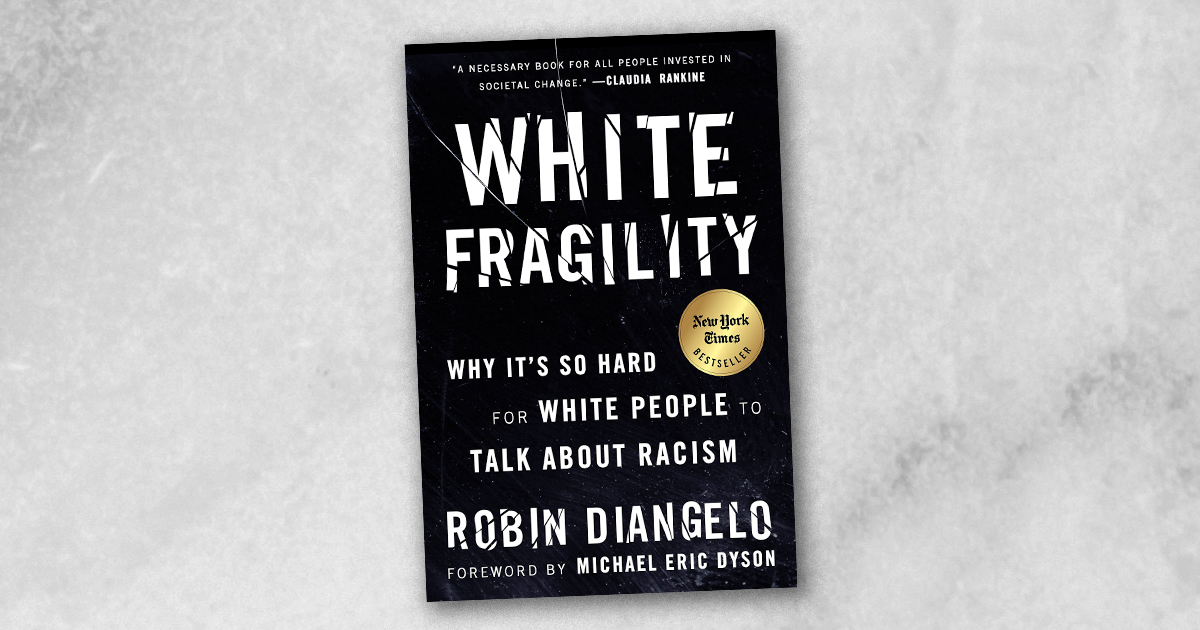 Robin DiAngelo’s 2018 book White Fragility: Why It’s So Hard for White People to Talk About Racism is experiencing a resurgence amidst a national reckoning surrounding issues of racism and its consequences. The New York Times bestseller is also facing a considerable amount of controversy as critical reviews. In consideration of its immense popularity (including among Christians) and numerous critics, The Exchange has invited several authors of various evangelical backgrounds to engage in a two-part discussion of the merits and flaws of White Fragility. Part one will include the initial reviews to the book from five different individuals, with part two providing a platform for others to respond to the book and to these reviewers. You can find my full introduction to this series, as well as a list of all our contributors, here.

So far, we have heard from Allison Ash, George Yancey, and Neil Shenvi. Today I am pleased to welcome Danny Slavich. Danny Slavich is a church planting pastor, adjunct professor, and writer who recently received his PhD in Theology with a dissertation entitled: “That the World May Know: A Trinitarian Multiethnic Ecclesiology.” You can follow him at @DannySlavich on Twitter, Instagram, and Facebook.

The murder of George Floyd has surfaced centuries-long racial tensions in American life, and people have started (again) to look for answers about how they might respond. Thus, the leap of Robin DiAngelo’s volume White Fragility up the sales charts to become an #1 overall best seller. The sudden prominence of the book has sparked its own sub-conversation of both praise and protest. In light of all of this, how should we as evangelical Christians think about this volume?

I am a white pastor who served for nearly nine years in a majority black church and community. I am now planting a church in a relatively homogeneous, white community in South Florida, with tremendous diversity literally across the street. I have been wrestling with conversations and tensions surrounding race for years, recently finishing my PhD dissertation on the subject of the multiethnic church. In light of my previous study and experience, White Fragility struck me as somewhat unremarkable. The book offers some helpful things for majority/white people to consider, while those helpful aspects are often undergirded by problematic worldview presuppositions and paralleled by other problematic assertions.

In this article, I want to explore four questions about the book so that we can think about it a bit more clearly.

Why is White Fragility so popular?

I have some theories about the popularity of White Fragility, especially among evangelical, Bible-believing Christians. Here’s my main one: too often, evangelical theology has a thin theological vision that leaves us vulnerable to overreaction. Too often, evangelical ontology (doctrine of being), theological anthropology (doctrine of humanity), soteriology (doctrine of salvation), and eschatology (doctrine of last things) leave a lot of biblical goodness on the table. This leaves us looking for answers, especially in the overt surfacing of underlying racial tension and injustice. In such times, Christians look for explanations about society and our own experiences, finding a book like White Fragility and saying, “This sounds exactly like what I’ve been looking for!” We eat the meat, but sometimes may also swallow the bones. Much like the “cage stage” of a newly convinced Calvinist or charismatic, we are seeing a lot of “cage stage” awareness of racial injustice. And, as the “cage stage” of anything provokes visceral (over)reaction, the new “wokeness” has been met with a visceral reaction against it. That in part explains the controversy.

Why is White Fragility so controversial?

Many have pushed back against the book, some going so far as saying that Christians should leave the church of a pastor who would recommend it. They have argued that the book is undergirded by anti-biblical presuppositions, and they might be right about that. The book fails in its presuppositions about the problems of the human condition. The Christian worldview shaped by the Scripture understands the world around us as a created good, though now corrupted by sin and awaiting final restoration. The problems of the human condition are rooted in a primal, culpable rebellion against the Creator. This sin-problem pervades every heart and every system inhabited and built by sinful people in a world contested by hostile principalities and powers. The book offers much diagnosis and description of the problems plaguing our culture, but little constructive, redemptive prognosis for how to deal with racial issues. In turn, many have argued that these shortcomings undermine the book’s value entirely, and even make the book dangerous for Christians.

Thus, we see an evangelical “fight or flight” instinct at play: instead of constructing a more biblical, robust theological vision, conservative evangelicals either join the crowd or fight the crowd. But I think a robust theological vision allows us to appreciate some parts of White Fragility while rejecting its problematic assumptions and assertions.