Book Review: ‘Beyond Belief, Beyond Conscience: The Radical Significance of the Free Exercise of Religion’ by Jack N. Rakove 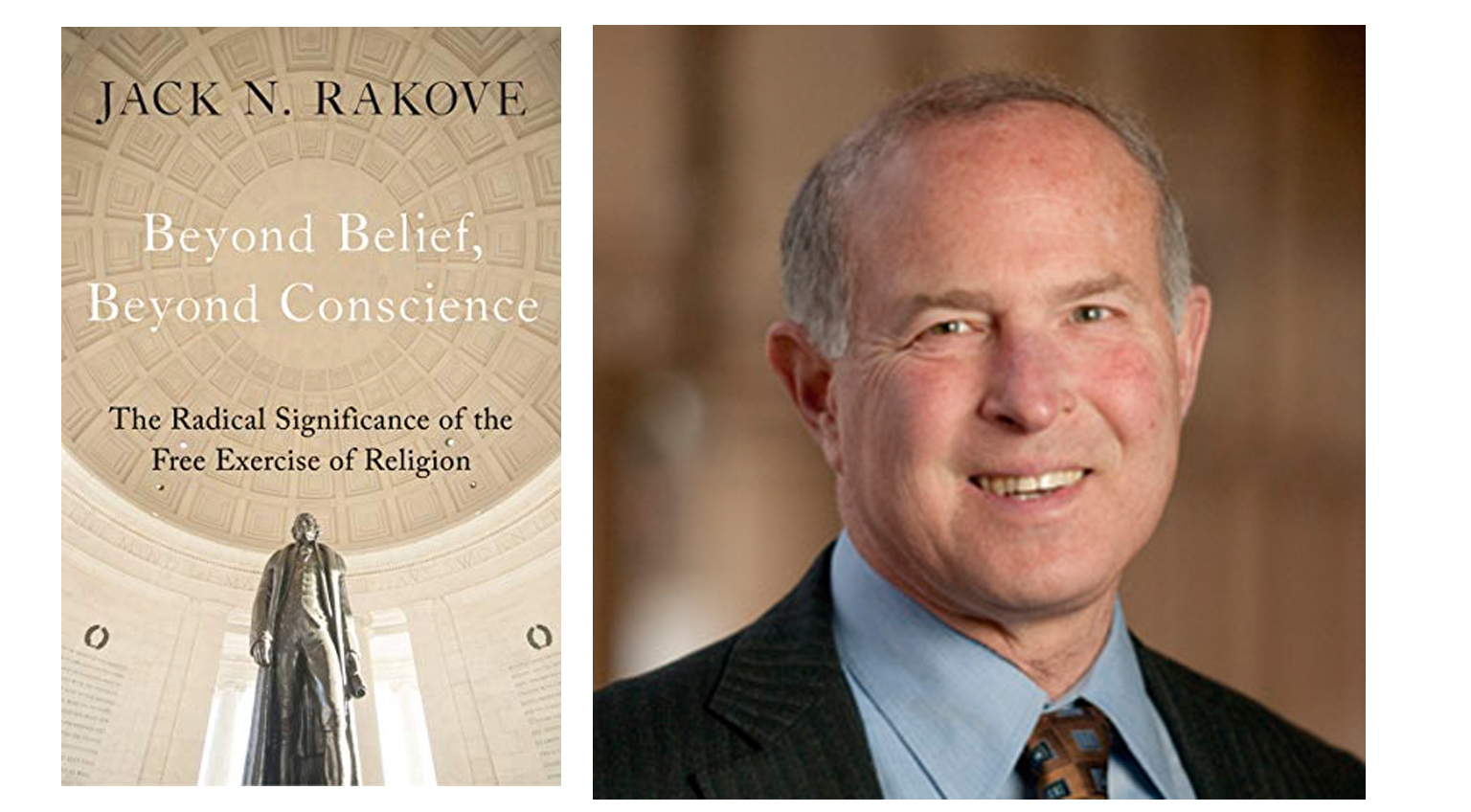 Review by Mark David Hall, the Herbert Hoover Distinguished Professor of Politics at George Fox University. He is the author of Did America Have a Christian Founding?: Separating Modern Myth from Historical Truth (Thomas Nelson).

American religious-liberty watchers are likely familiar with the case of Barronelle Stutzman. A grandmother from Washington State, Stutzman has worked as a florist for most of her professional life. For more than nine years, she willingly served Robert Ingersoll and his same-sex partner. She created numerous floral arrangements to help them celebrate anniversaries, birthdays, and other special events.

In 2012, an employee told Stutzman that Ingersoll was going to ask her to provide flowers for his wedding ceremony. She talked it over with her husband and concluded: “My faith teaches me that marriage is between one man and one woman. Marriage is a sacred covenant between a man and a woman, as Christ is to the church. To create and design something from my heart that helps celebrate their marriage would be dishonoring to God, and my convictions.”

When Ingersoll came to Stutzman’s store with his request, she gently told him no, gave him a hug, and referred him to a florist who had no such objections. Washington State’s attorney general and the American Civil Liberties Union responded with ruinous lawsuits that may drive her out of business. Attorneys from the Alliance Defending Freedom representing Stutzman contend that religious-freedom guarantees in both the state and federal constitutions protect her decision. Do they?

Historian Jack N. Rakove considers such questions in Beyond Belief, Beyond Conscience: The Radical Significance of the Free Exercise of Religion. The book, an account of religious liberty in America that Rakove calls “intentionally provocative,” is serviceable as a work of history. But as a polemic it represents yet another assault on the ability of some citizens to act on their religious convictions.

The Boundaries of Toleration

Historically, religious toleration has been the exception rather than the rule. But early modern thinkers such as John Milton and John Locke argued in favor of tolerating dissenters, and in 1689 England’s Parliament passed the Toleration Act, which offered limited protections to non-Anglican Protestants. Rakove states that the act “did not legally bind Americans,” but he suggests that it did “influence their behavior.” However, Rhode Island, Maryland, and Pennsylvania were already doing a superior job protecting religious liberty, and many American colonies soon joined them in surpassing their mother country. (I do not mean to imply that religious liberty was always and everywhere advancing in British North America. For instance, in 1692, following the Glorious Revolution, Maryland repealed its groundbreaking 1649 toleration act.)

In the Anglo-American world, the boundaries of religious toleration were regularly tested by members of the Society of Friends—better known as Quakers. Among other peculiarities, Friends decline to swear oaths, a practice Rakove attributes to the Fourth Commandment. I suspect he means either the Second or Third Commandment’s admonition not to “take the name of the Lord your God in vain” (Ex. 20:7, ESV). (Different traditions number the commandments differently.) But even citing Exodus is incorrect—Quakers refuse to swear oaths because they take literally biblical passages such as Matthew 5:34–37, where Jesus says, “Do not swear an oath at all. … All you need to say is simply ‘Yes’ or ‘No’; anything beyond this comes from the evil one” (NIV). Furthermore, Quakers are pacifists and so refuse to serve in the military. They were routinely jailed because they acted on these convictions.

In 1696, Parliament passed a law permitting Quakers in England to affirm rather than swear some oaths. However, they were not allowed to be witnesses in criminal cases or hold civic offices—disabilities that remained until 1826 and 1832, respectively. Yet as early as 1647, Rhode Island permitted them to affirm rather than swear. Many American colonies followed this example and, in addition, exempted them from militia duty. The United States Constitution bans religious tests for office and permits anyone to affirm rather than swear oaths, which enabled Quakers to serve in the national government 44 years before they could do so in England. Rakove almost completely ignores these important advances for religious liberty in America.