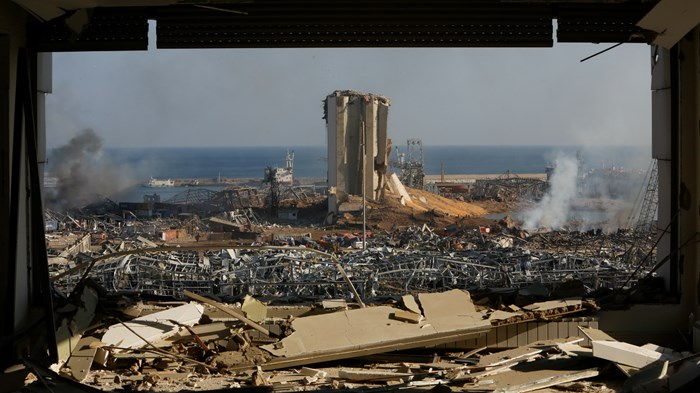 One hour later at work, and Sarah Chetti might have been one of thousands in a Beirut hospital.

Director of the INSAAF migrant worker ministry in Lebanon, Chetti’s colleagues described shards of broken glass flying through the air, and the metal frames of doors ripped from their hinges.

It was a similar experience for the one staff member inside the Youth for Christ youth center not far from the blast. To avoid the “colossal damage,” he ducked to the floor. Re-welding was necessary just to lock up the next day.

Peter Ford was fortunate. Working quietly in his faculty office at the Near East School of Theology near downtown Beirut, the first small reverberations stirred his curiosity to investigate the problem.

Moments later, the huge blast blew in his window and spewed the glass across his desk.

Miraculously, the dozen evangelical churches and ministries in Lebanon contacted by CT reported no deaths and few serious injuries caused by the massive explosion. The official national tally is now over 100 dead, with over 5,000 injured.

If they had, there would be nowhere for the bodies to go.

Habib Badr of the historic National Evangelical Church was forced to conduct the burial of two elderly members (whose deaths were unrelated to the explosion) as Beirut’s hospitals and morgues were all full.

Two Filipinos, however, were killed in the blast. And amid the ongoing economic suffering of Lebanon, several migrant domestic workers have been abandoned by families no longer able to pay for their services.

“They are distraught, worried, and scared,” said Chetti. “Problems are piling up one after the other. I’m reaching out to each one individually and praying for them, assuring them things will be okay.”

But migrants are not the only foreigners who are suffering.

“Many of our youth are Syrian refugees, so this is churning up all that stuff for them,” said Scot Keranen, director of operations for Youth for Christ. “We’re just checking in on them, and that is really tough right now.”

Lebanese trauma goes further back in history. But this explosion was incomparable. 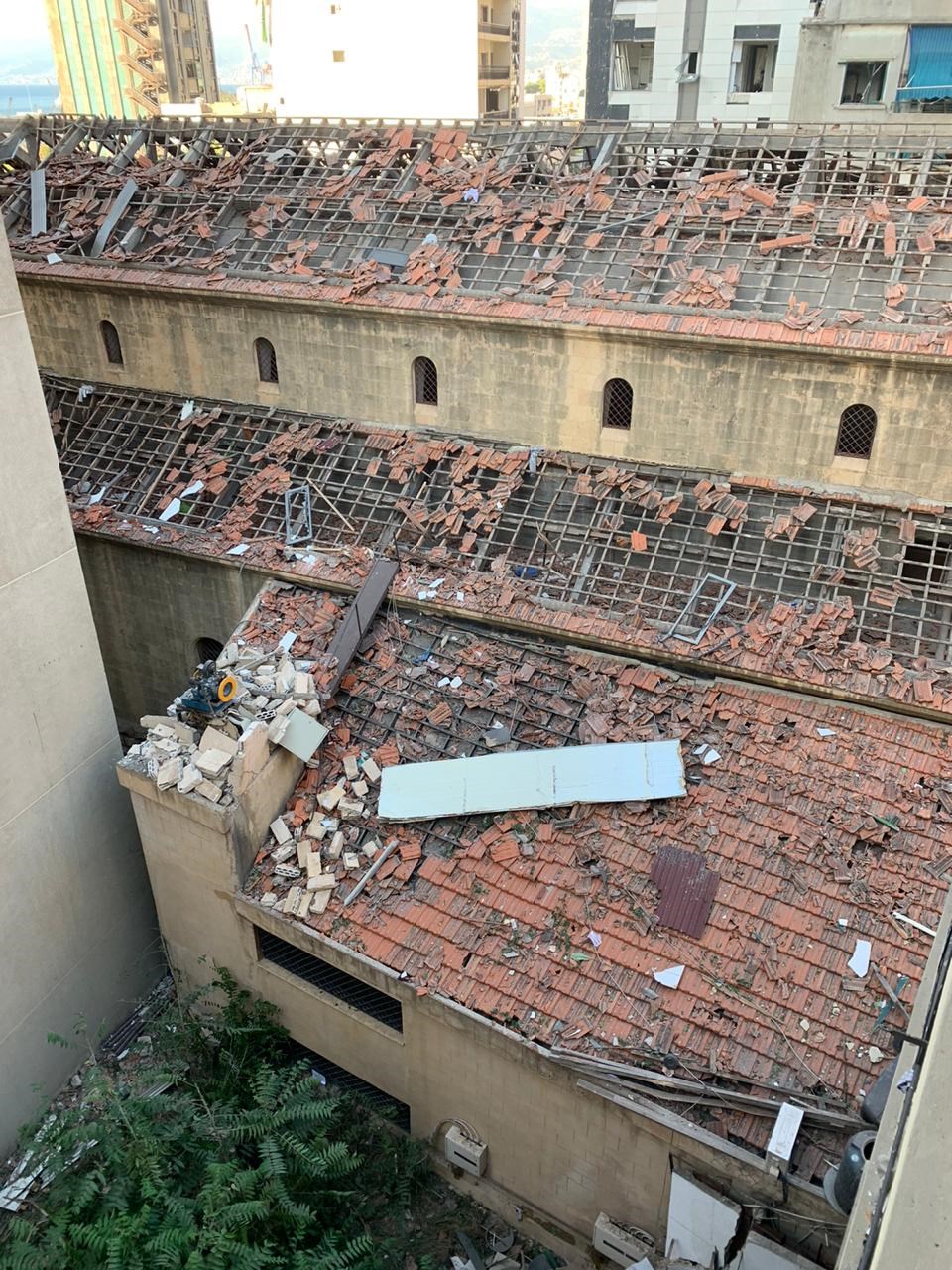 “Throughout the whole civil war [1975–1990], we never experienced anything like this blast,” said Tony Skaff, pastor of Badaro Baptist Church in Beirut.

“But this incident made us remember, triggering many very sad memories within our community.”

His members suffered only minor injuries, though the church itself has much exterior damage. The tragedy is bringing everyone closer together to jump at the chance to help, he said.

Though charity efforts are underway, it is not their primary currency.

“More than anything else, the Lebanese people need hope,” said Skaff. “They lost it in their politicians, in the health situation, in everything.

“The church has the calling to answer this need, by standing firm and continuing its ministry.”

Many evangelical ministries are answering this challenge. 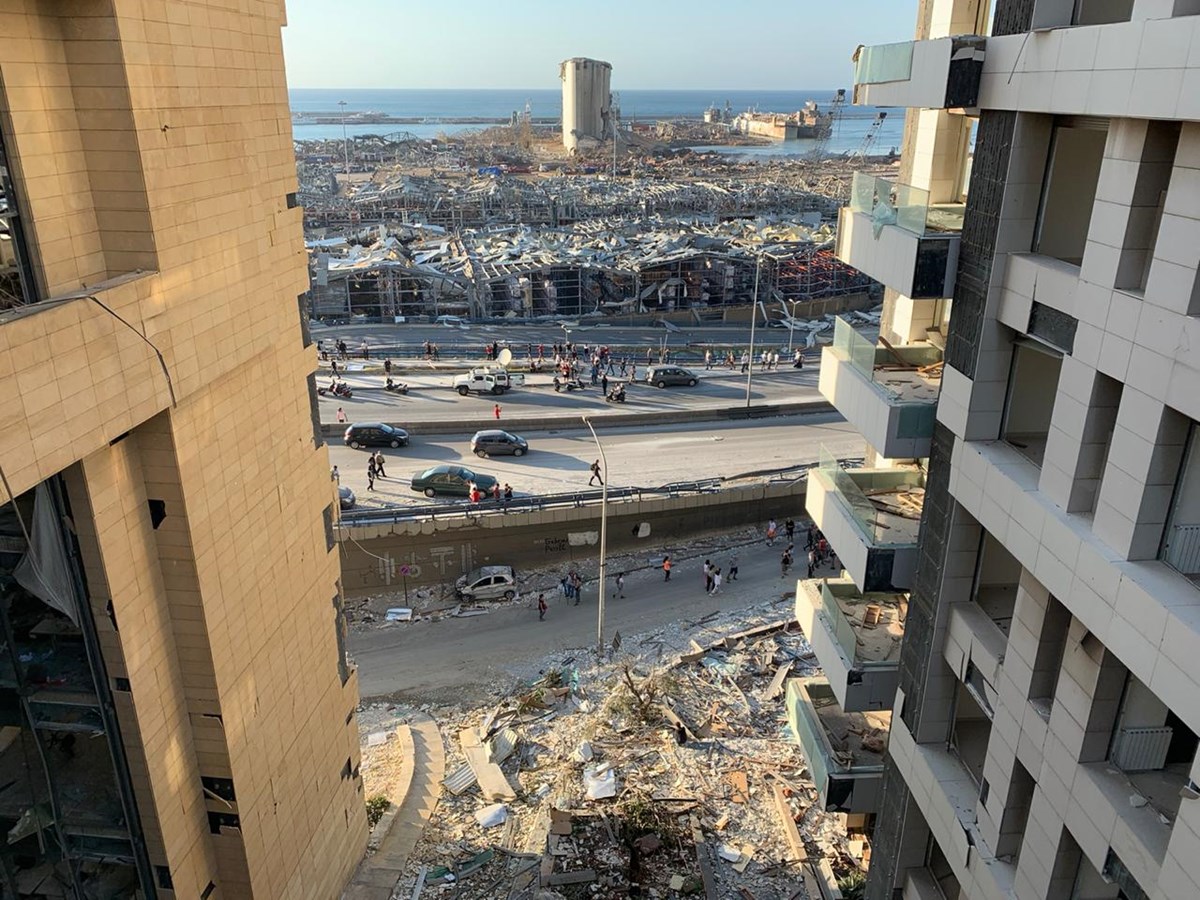 Arab Baptist Theological Seminary (ABTS), located in the mountains overlooking Beirut, was spared the worst of the emanating shockwaves. Having lost its students due to COVID-19, it had already opened its dormitories to frontline health workers.

Now, in cooperation with the “Our Home, Your Home” ministry, the seminary is welcoming a fraction of the 300,000 Lebanese displaced from their homes.

“It’s terrible, horrible. We won’t have empty rooms when there are people on the streets,” said Elie Haddad, president of ABTS.

“At least it is something, and I’m not sure what else we can do.”

Resurrection Church of Beirut had many member families suffer damage to their homes. So it has organized a furniture drive, and sent volunteers downtown to clean up the mess—for their community, and others.

“Now is the time for the wounded church to rise again,” said pastor Hikmat Kashouh, “and be a healing agent of God’s restoring presence in a practical and caring way.”

But it is not the only way. Andrew Salame, district superintendent for the Nazarene Church in Lebanon, picked up the phone.

“We are devastated and angry with the government because of what happened,” he said. “I reached out to our [Protestant] member of parliament to get an answer from those in authority.

“And I asked him to resign his position, and stand with the people.”

Located one mile from an epicenter that would comparably include all five boroughs of New York City, Salame’s Beirut church suffered more damage than others.

He described a “night of horror,” with his whole house shaking and his son momentarily missing. He eventually located him with the neighbors, unhurt.

But he also put questions to the government, which stated the 2,750 tons of explosive material had been stored at the port since 2013.

“Who permitted this boat to make a delivery of so much ammonium nitrate?” asked the coordinator for evangelical church outreach of the Lebanese Forces political party. “How could anyone comprehend it would be left in a civilian area for so long?”