Ed Stetzer on We Can’t Roll the Dice on Religious Liberty: Nevada, the Supreme Court, and Churches 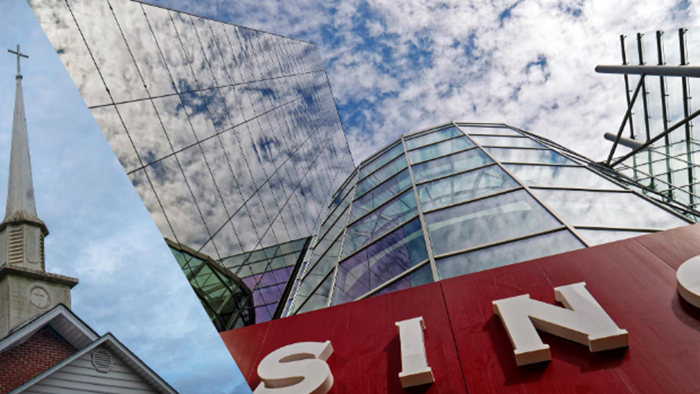 The Supreme Court has chosen in a 5-4 ruling not to grant injunctive relief to churches in Nevada in light of the state’s arguably inconsistent Covid-19 guidelines. In doing so, the Supreme Court let stand what is wrong: churches are being treated differently than similar gatherings. Multiple justices in the minority wrote dissents, and those help us to see the issues in play. I’ve quoted the justice’s words since their expertise is more important (and informed) than mine.

This is a simple case. Under the Governor’s edict, a 10-screen “multiplex” may host 500 moviegoers at any time. A casino, too, may cater to hundreds at once, with perhaps sic people huddled at craps table here and a similar number gather around every roulette wheel there. Large numbers and close quarters are fine in such places. But, churches, synagogues, and mosques are banned from admitting 50 worshippers—no matter how large the building, how distant the individuals, how many wear masks, no matter the precautions at all.

Gorsuch is correct. It was a simple case.

Even left-leaning Vox (known for its explainer articles) was surprised, asserting that Roberts is supportive of state officials “even when they hand down public health orders that draw constitutionally dubious lines.”

The SCOTUS Blog put it quite forthrightly:

A divided Supreme Court on Friday night turned down a request by a Nevada church for permission to hold services on the same terms that other facilities in the state, including casinos, are allowed to hold gatherings during the COVID-19 pandemic.

The key argument was:

The church stressed that it is willing to comply with rules regarding masks and social distancing (both of which were largely absent from a photo included in the church’s brief, taken at a crowded Las Vegas casino on June 4); all that it was asking, it emphasized, was to be treated the same as everyone else.

Let me take a moment to remind us that religious liberty is so important that it is enshrined in our Constitution’s First Amendment. Furthermore, such freedom is beyond (and before) our Consitution.

Such rights are endowed by our Creator, not our founding documents.

Now, for those reading who may not know my thoughts on these issues, I’ve written in national publications that churches should consider not meeting (before that was mandated), and been extensively involved in equpping churches to do ministry while not gathering on Sundays. And, I’ve also defended religious liberty for all. Both issues matter to me.

Caring for our neighbors in a pandemic matters. And caring for religious liberty also matters.

We can (and should) be concerned about both.