Ed Stetzer & Laurie Nichols on Take a Rest, Pastor! You Need It More Than You Think 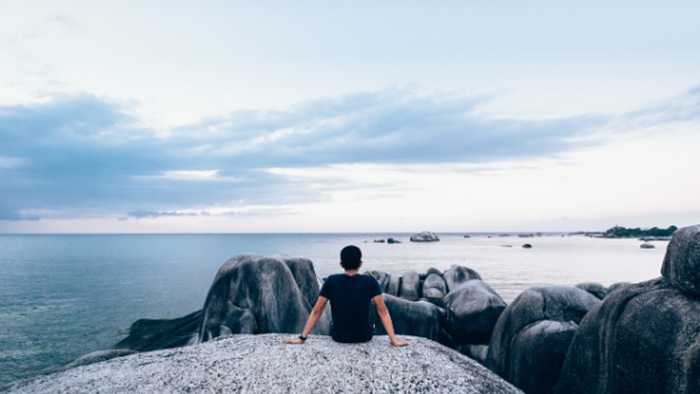 Laurie Nichols is Director of Communications and Marketing for the Wheaton College Billy Graham Center at Wheaton College, creator of the Our Gospel Story curriculum, co-host of the podcast Living in the Land of Oz, and she recently completed a book on “The Making of Hero,” while looking to launch a heromakers movement in the months ahead.

I’ve been thinking about the Confessions lately. Augustine’s Confessions in particular. I even quoted The City of God in my Sunday message—I felt quite scholarly talking about inordinately loved things.

Yet, for today, I want to focus on what is among his best known quotes. He wrote, “Thou hast made us for thyself, O Lord, and our heart is restless until it finds its rest in thee.”

We’d be hard pressed to find someone today who isn’t in need of rest. Not necessarily the “binge-watch-Netflix-and-tune-out-the-world” rest, but instead the kind that is life-giving and offers us what we need to be the best version of ourselves in these difficult days.

(This is not to say there isn’t a place for Netflix, just that I don’t think that’s what Augustine would have been referring to!)

Admittedly, I feel restless and stuck. Sometimes, I feel antsy and agitated. I look at the uncertainty and fear around me and I want to make it well. Some days I want to run and hide. But mostly I want to fix it. I want those in my circle of influence to be healthy and well in these uncertain days.

In my role leading the Wheaton College Billy Graham Center, I feel enormous responsibility for my staff and the institution. As a parent and husband and son and brother, I want to care well for those closest to me. As a pastor and leader, I want to encourage those leaders who are being crushed by burdens and responsibilities that are too much for one person to carry alone.

Taking Out the Trash

Years ago, Max Lucado wrote a little book called Next Door Savior. If you haven’t read it, go to Amazon right now and get it. It’s a great read. In it, Lucado includes the story of the “Trashman,” a Christ-like character who takes the trash (read: regrets, wounds, fear) that many people carry. He takes the trash and puts that trash upon himself.

That’s how I see so many pastors and leaders today–carrying so much stuff that they are being crushed by the responsibilities of keeping their churches open, their staff employed, their congregation cared for, their families comforted, and themselves whole and healthy.

Too many of us feel rest is simply out of the question. We have too much to do and too many responsibilities on our plates.

So our hearts remain restless and aching.

Rest Versus Being Overwhelmed

Here is where I tell you that until and unless you take time for rest and renewal, things will continue to get more and more overwhelming; your trash will pile higher and higher.

All of us need to take time out to just be with God, whether that is for hours or days or weeks or months. This is more so the case in times of crisis and uncertainty. Let me share a good example. Perhaps you remember a powerful movie called “Hotel Rwanda,” and a devastating real-life crisis called the Rwandan Genocide.

In their book Reconciling All Things, Emmanuel Katongole and Chris Rice share an example from the movie, which depicted the horrors of the 1994 genocide that left over 800,000 people dead in just 100 days. It’s worth watching if you haven’t.

Paul, a hotel manager who had been providing refuge for those being targeted by militia, had run out of water and food and believed the end was drawing near.

In the midst of that great suffering, Paul takes a moment to just be with his wife. He lights a candle, and opens a bottle of wine, and simply enjoys spending time with her. The authors write of this moment:

“We submit that sabbath in a broken world is something like this—knowing in the midst of action when it is time to be still on a rooftop, even as the whole world is falling apart, spending time with the God we love. When the One we love whispers to us, “All will be well,” it is more than wishful thinking. It is the fundamental truth of the universe.”[1]