Do some people have protection against the coronavirus? 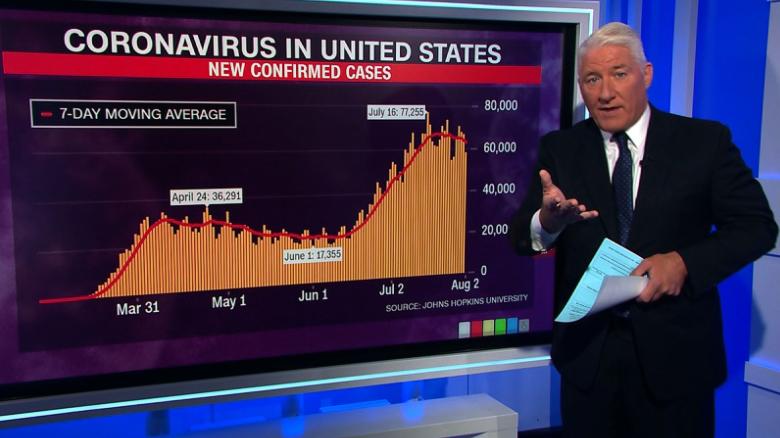 (CNN)We’re now more than seven months into the coronavirus pandemic that has upended the lives of most of Earth’s inhabitants. And while it is true that the scientific community has learned many things about the SARS-CoV-2 virus and the disease it causes, Covid-19, there are also many gaps in our understanding.

One big mystery: Why do some people get very sick and even die from their illness, while other similar people show no symptoms and may not realize they’ve been infected at all?
We know some of the big factors that put people at higher risk of having a severe, even fatal, course of disease: being over 60; being overweight or obese; having one or more chronic diseases such as diabetes, cardiovascular disease, kidney or lung disease, and cancer; and being a person of color — Black African American, Latino Latinx or Native American.

But might the opposite also be true: Could certain people actually have some type of protection?
A recently published summary article in the journal Nature Reviews Immunology put forth a tantalizing possibility: A large percentage of the population appears to have immune cells that are able to recognize parts of the SARS-CoV-2 virus, and that may possibly be giving them a head start in fighting off an infection. In other words, some people may have some unknown degree of protection.
“What we found is that people that had never been exposed to SARS Cov2 … about half of the people had some T-cell reactivity,” co-author of the paper Alessandro Sette from the Center for Infectious Disease and Vaccine Research at La Jolla Institute for Immunology, told CNN.
Immunology 101
To understand why that’s important, here’s a little crash course in immunology. The human immune system, which is tasked with keeping you healthy in the face of bacterial, viral, fungal, parasitic and other invaders, has two main components: the innate immune system and the adaptive immune system.
The innate immune system is the very first line of defense. Parts of it include physical barriers like your skin and mucosal membranes, which physically stop invaders from getting in. It also includes certain cells, proteins and chemicals that do things like create inflammation and destroy invading cells.

Where the innate immune system is immediate and nonspecific (it tries to stop anything from entering the body), the adaptive immune system is targeted against a specific and previously recognized invader. This takes a bit longer to kick into gear.
The adaptive immune system includes a type of white blood cell, called a B cell, which patrols the body looking for bad guys. B cells each have a unique antibody that sits on its surface and can bind to a unique antigen (the technical name for the foreign invader) and stop it from entering a host cell. When it finds and binds to a bad guy, the B cell gets activated: it copies itself and churns out antibodies, eventually creating a mega-army of neutralizers for that particular invader.

That’s where antibodies created by the immune systems of people who’ve had Covid-19 come from. Unfortunately, a few recent studies have found that antibodies to this particular coronavirus can fade away pretty quickly especially in people who have had mild cases of Covid-19. This has worried many researchers: because the antibody response appears to fade quickly, the scientific community is not sure how long a person who has been infected with this virus will stay protected from a new infection. This is also worrisome since we are relying on vaccines to trigger an antibody response to help protect us, and we want that protection to last a long time.
Fortunately, antibodies aren’t the only weapon our adaptive immune system uses to stave off an infection. Enter the T cell. T cells, which come in three varieties, are created by the body after an infection to help with future infections from the same invader. One of those T cells helps the body remember that invader in case it comes knocking again, another hunts down and destroys infected host cells and a third helps out in other ways.