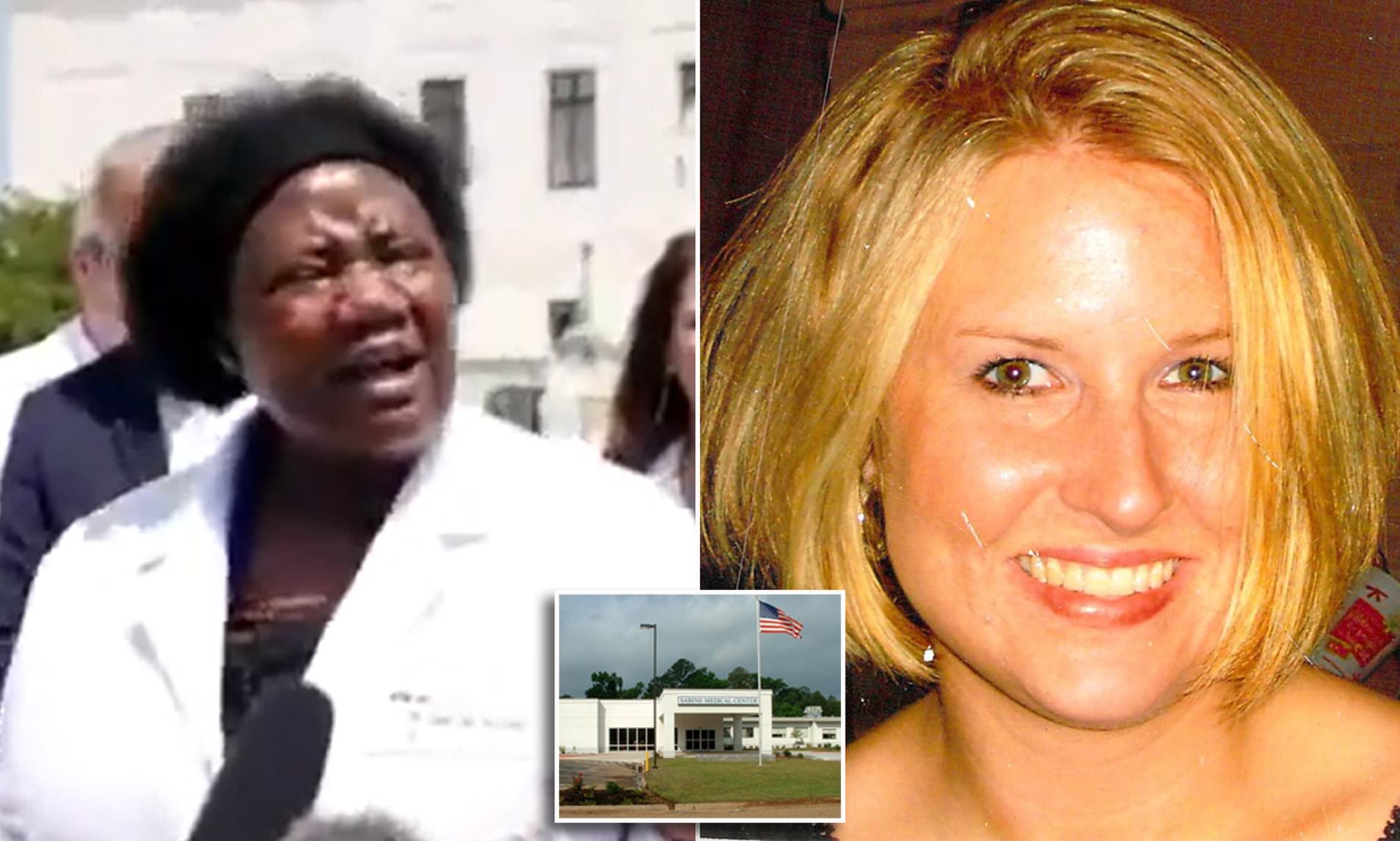 The controversial doctor praised by Trump for touting hydroxychloroquine as a cure for coronavirus was once sued for malpractice when a patient died with a meth needle in her arm, it was been revealed.

Dr. Stella Immanuel has faced criticism from health experts after she promoted the malaria drug as cure on the basis of claims that 350 patients she treated with it didn’t die.

The doctor has also said that cysts, fibroids and some other conditions can be caused by having sex with demons, that McDonald’s and Pokemon promote witchcraft, that alien DNA is used in medical treatments, and that half-human ‘reptilians’ work in the US government.

On Wednesday it emerged that the family of one of Dr. Immanuel’s patients filed a lawsuit claiming her negligence resulted in the death of Leslie Norvell, who had complained about a methamphetamine needle that broke off in her arm.

According to the lawsuit, Norvell went to the Sabine Medical Center where Immanuel and was given medication but no attempt was made to remove the needle fragment that had broken off inside her arm.

The lawsuit also claims that Immanuel and another doctor who prescribed Norvell the medication failed to take a closer look at her arm or alert authorities.

The suit states that Norvell went home after visiting Immanuel but ended up going to a hospital hours later to have the needle fragment removed because she was in so much pain.

A flesh-eating infection in her arm allegedly caused her death six days later in February 2019.

Police were unable to serve the doctor with the lawsuit in April because she no longer worked at the medical facility.

They had no idea she had moved to Texas where she has since become notorious for claiming hydroxychloroquine is a valid coronavirus treatment despite global trials suggesting otherwise.

Dr. Immanuel – who is 55 years old and was born in Cameroon – now works at the Rehoboth Medical Center but someone who answered the phone told the Houston Chronicle that she was out of town on Wednesday.