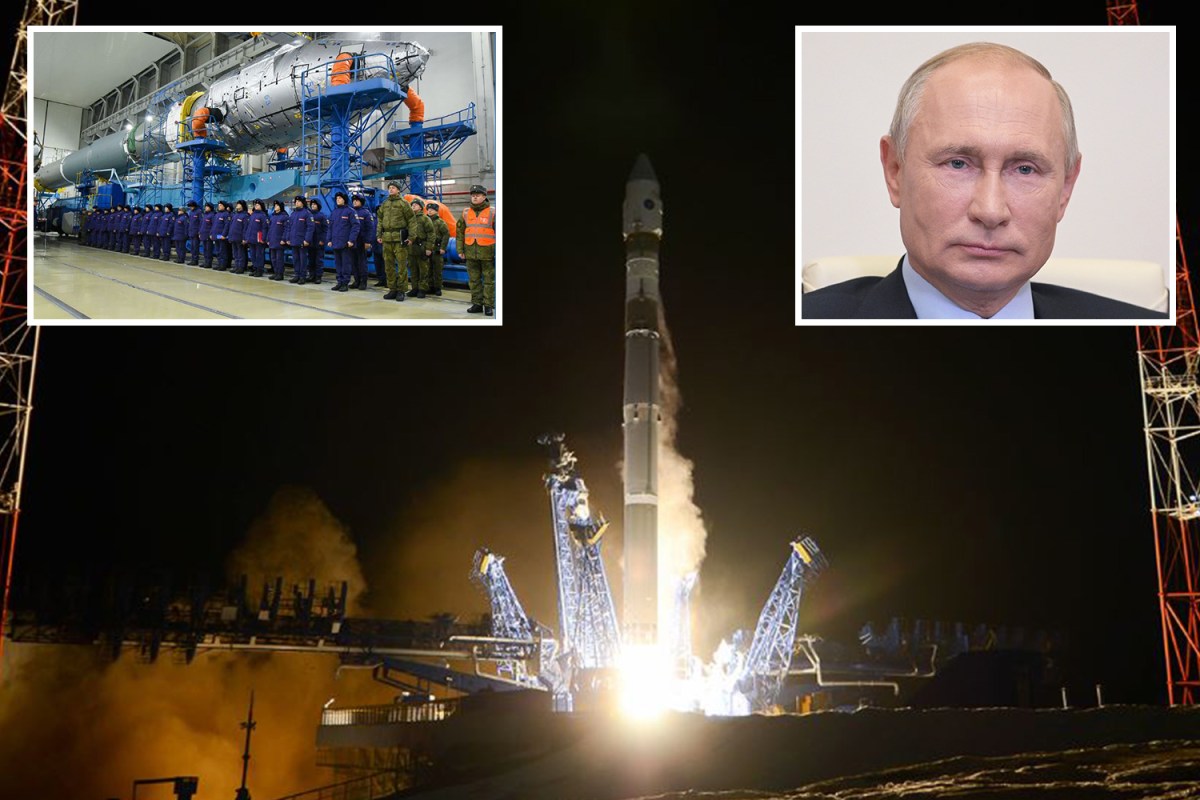 Russia has enraged the west and raised the threat of a space war by test-firing a weapon designed to knock out enemy satellites.

The Kremlin’s military push to use weapons in space puts “US and Allied space assets at serious risk”, the US Space Command has warned while its UK counterpart said it risked peace in Earth’s orbit.

It is the first time the British and American military have publicly accused the Kremlin of carrying out an anti-satellite weapons test in space.

The US Space Force, set up by Donald Trump last December, said they have “evidence that Russia conducted a non-destructive test of a space-based anti-satellite weapon.”

On July 15, it said Russia injected an object into space from a spacecraft, Cosmos 2543, which itself had “birthed” from the satellite, Cosmos 2542.

This is the same Russian satellite which was spotted earlier this year stalking spy satellite USA 245 – which snaps intelligence photos of Earth for the Pentagon.

KREMLIN DENIES SPACE WEAPON CLAIM
Russia’s space agency ROSCOSMOS says its satellite Cosmos 2542 was launched on November 25 from the Plesetsk cosmodrome, a sprawling launch site 500 miles north of Moscow, which it described as “part of Russian Space Forces” and “a large testing base”.

In Moscow, the Defense Ministry said the July 15 event involved a small space vehicle that “inspected one of the national satellites from a close distance using special equipment”.

It added that the inspection provided valuable information about the object that was inspected, which was transmitted to the ground-based control facilities.

But the US Space Force Command said the craft’s threatening action was “similar to on-orbit activity conducted by Russia in 2017, and inconsistent with the system’s stated mission as an inspector satellite”.

Gen. John “Jay” Raymond, Commander and US Space Force Chief of Space Operations, said: “The Russian satellite system used to conduct this on-orbit weapons test is the same satellite system that we raised concerns about earlier this year, when Russia manoeuvred near a US government satellite.”

He added: “This is further evidence of Russia’s continuing efforts to develop and test space-based systems.

“And [it’s] consistent with the Kremlin’s published military doctrine to employ weapons that hold US and Allied space assets at risk.”

Gen. Raymond said the US and its Allies were “ready and committed to deterring aggression and defending the nation, our Allies and vital US interests from hostile acts in space”.