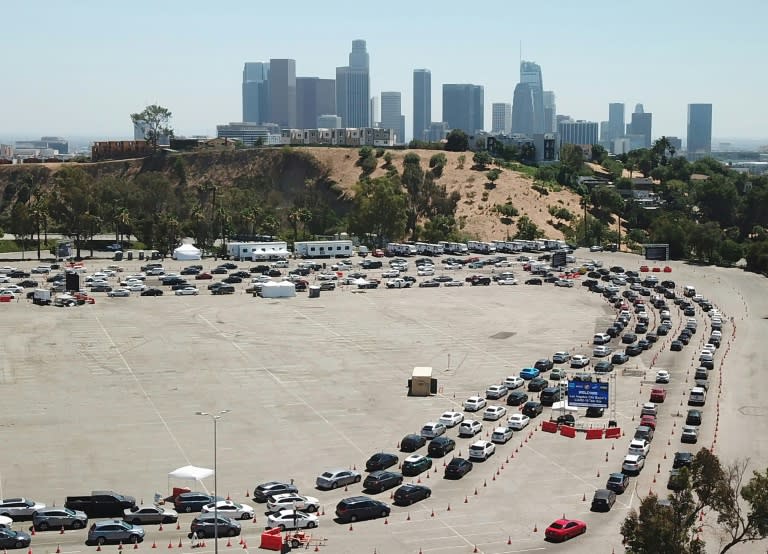 Los Angeles (AFP) – The number of new coronavirus cases and fatalities continued to mount across the United States on Wednesday, with Texas and Oklahoma recording new highs.

Johns Hopkins University, which tracks the spread of the disease, said late Wednesday that 67,632 new cases of the disease had been reported across the country in the previous 24 hours, a new national record.

The Texas Department of State Health Services reported 10,791 new cases and 110 new fatalities, saying in a tweet that both numbers “are new highs” for the state.

Oklahoma — where the governor, Kevin Stitt, announced Wednesday he had tested positive for the virus — recorded 1,075 new cases, a single-day record.

And Alabama also hit a grim milestone, recording 47 deaths, the highest in one day.

The disease has also been spreading rapidly in other states, notably Florida, which has recorded nearly 302,000 cases of coronavirus since the pandemic began.

The state reported its second highest single-day increase in coronavirus cases and deaths on Wednesday, with 11,125 new cases and 140 additional deaths.

“We are in an alarming and dangerous phase in this pandemic here in L.A. County,” said Barbara Ferrer, the Los Angeles County Department of Public Health director, as she announced 44 additional deaths from the virus on Wednesday and 2,758 new cases.

“These alarming trends reflect behaviors from three weeks ago,” she added, saying that the county was seeing the highest rates of hospitalizations since the beginning of the pandemic.

She said there were currently 2,193 people hospitalized in the county due to the virus.

“Younger people are being hospitalized at a faster rate than ever before,” Ferrer said.