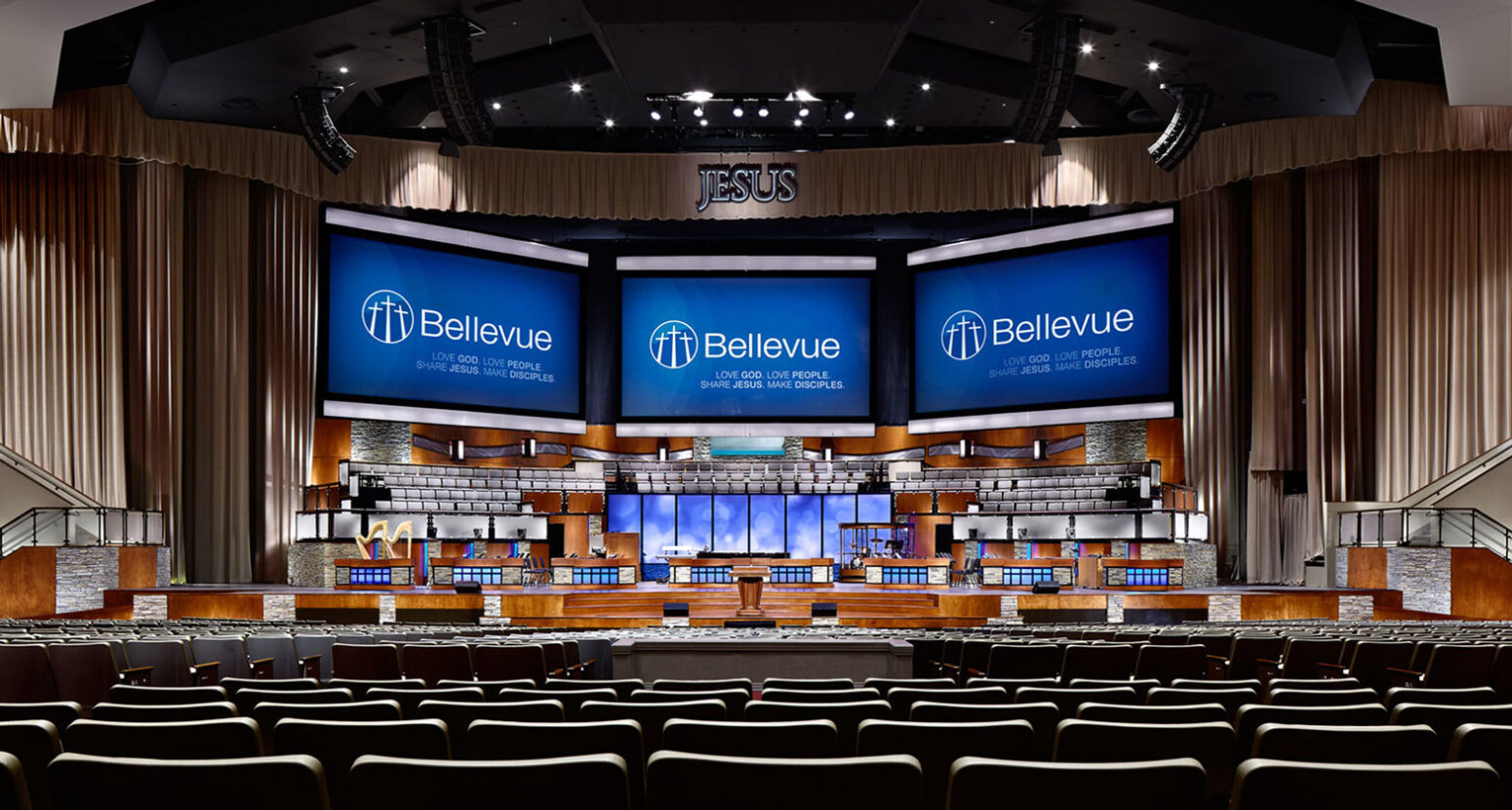 A prominent Southern Baptist church led by a former denominational president is the subject of a lawsuit that highlights how ignoring red flags of manipulative behavior could lead to sexual abuse.

On Sunday (July 12), Steve Gaines, senior pastor of Bellevue Baptist Church in the Memphis suburb of Cordova, Tennessee, announced at the start of the worship service that a complaint had been filed against the megachurch.

The lawsuit claims that a former teenage volunteer in the church’s child-care program was groomed and later abused by a church staffer.

“In May of 2019, a former part-time employee of Bellevue was arrested when police discovered him in a car with a minor off-campus,” reads a statement provided by the church to Religion News Service on Tuesday. “The former employee resigned from his position at Bellevue in March of 2019, two months before his arrest and the discovery of this illegal relationship. He pled guilty to criminal conduct in February 2020.”

Bellevue has been prominent in the Southern Baptist Convention for decades. Gaines, who read a similar statement to his congregation, was president of the Southern Baptist Convention from 2016 to 2018. Adrian Rogers, his predecessor at the church and a well-known religious broadcaster who died in 2005, was also an SBC president and led the church for 33 years.

In the 24-page complaint filed in April, parents suing on behalf of the teen, given the pseudonym “Janet Doe,” allege that the church’s “malicious, reckless, and willful and wanton” conduct endangered and led to the abuse of their daughter by part-time staff member James A. Hook .

Hook, 44, is in a Shelby County prison, after being given a six-month sentence for sexual battery by an authority figure that is to be followed by four and a half years of probation.

“The allegations against the church are that he did his grooming of the child at the church,” said Gary K. Smith, one of three lawyers representing the family. Smith said the abuse occurred on and off Bellevue’s campus.

“The church had been specifically warned about him and did nothing to intervene and more specifically the parents had asked that he not be allowed to be around that child and they still did not prevent his efforts.”

According to the complaint, “long before the abuse” of the teen, Hook had an extramarital affair with the teen’s mother. Hook, then a Bellevue congregant, suggested the couples get counseling from a church pastor.

In 2017, the parents joined Bellevue, thinking they could avoid Hook because of the size of the congregation. The teen’s father told a church children’s pastor “that he did not want Hook around his children” and was assured they would not be, the complaint says. In its legal response, Bellevue “specifically and categorically” denied those assertions.

The teens’ parents filed for divorce in 2018. Hook, who knew of their separation, began contacting the teen that fall, the complaint states.

Bellevue “categorically” denied that Hook had access without restrictions to volunteers, including the teen. It also denied being aware of Hook leaving the church grounds with her or being aware of his actions that would have raised the “red flags” the parents said were evident.

It also “vehemently” denied the complaint’s allegations that Hook took the teen to places on the church campus outside the child care area where he kissed and had other physical contact with her before returning her to the Wednesday night program.

During the period of the alleged abuse from 2018 to 2019, the complaint says Hook successfully encouraged the teen, then 15, to serve as a volunteer when he was working part time as a paid volunteer coordinator and, after she left the position, convinced her to leave her home for middle-of-the-night encounters in a park “where he continued to assault her.”

Also in that time period, the Southern Baptist Convention was developing a multifaceted response to sexual abuse within its ranks. An investigation by Texas newspapers revealed more than 260 current and former Southern Baptist volunteers and ministers had been convicted or plea bargained in cases of sexual abuse involving more than 700 victims in the previous two decades. At its June 2019 annual meeting, the nation’s largest Protestant denomination unveiled a “Caring Well” initiative that encouraged training and awareness to prevent abuse and support survivors.

Susan Codone, a Mercer University professor who wrote in the “Caring Well” report that she had been abused as a teen by her Southern Baptist ministers, said the complaint against Bellevue grieved her because churches should be viewed as safe places and the suit alleges the Cordova church was not safe.

Perpetrators can be drawn to churches, where they expect few barriers to their access to vulnerable teens and children, she said.

“The only way to put up barriers is not to just put policy in place but to make sure that there are trained adults in the room,” said Codone. “And this is the biggest thing to me: that if you have adults working with children that you always have other adults watching those adults.”

She said the same kinds of manipulative behavior, or grooming, that can occur between a perpetrator and a teen can also take place between an offender and an unsuspecting adult.

“The fact that you had Bellevue church members showing up at the trial to offer their support for this perpetrator shows that he had groomed those adults to think he was trustworthy,” said Codone.

The complaint stated that Bellevue members “came to Hook’s sentencing hearing to show support and ask the judge for leniency.”

In its filed response, Bellevue said any members who may have attended the sentencing did not appear as “representative” of the church.

Boz Tchividjian, a lawyer who represents sex abuse survivors, said members—and not solely leaders—of churches need to be trained to detect and respond to behaviors that “raise some red flags,” such as a man who spends so much time with a youth volunteer in the church’s child care program that it makes the observer uncomfortable.

“If you’ve properly educated and trained your church community, including young people, those types of things will be noticed and when somebody comes forward to tell a leader about that, the leader is not rolling their eyes or minimizing it,” said Tchividjian, founder of GRACE, or Godly Response to Abuse in the Christian Environment. “They receive it in an informed manner that allows them to respond to it.”

The recent complaint, which Smith predicts will not be ready for trial until 2021, is not the first time Bellevue’s handling of abuse allegations has been questioned. In 2007, the church terminated a longtime staff member after an investigative committee determined he had abused his son 17 years earlier.

The policy on “mandatory reporting” states that staff and volunteers are required by Tennessee law to report cases or suspected cases of child abuse.

Smith said the legal team for Janet Doe is seeking details about Bellevue’s policies and has asked to depose Gaines and other church leaders.

“Whatever policies they had were not being followed,” Smith said. “It’s our contention in this case that there were all sorts of warnings that this was classic grooming behavior being done in front of other teachers and supervisory personnel.”

Bellevue, which also filed a June motion to dismiss the complaint against it, said in a July 10 statement posted on its website it takes any abuse allegations “very seriously” and supports abuse victims.

“The wellbeing of our church family is of the utmost importance to us,” it said. “We pray for and will continue to support anyone who has been a victim of abuse.”

Codone said it’s important for Bellevue “not to lose sight of this young survivor in their need to defend themselves” and ensure that she gets the ministerial assistance she needs because sexual abuse in church settings “guts your faith.”

“The SBC talks a lot about being gospel-driven, ‘gospel above all,’ and caring for those who have been abused is a direct application of the gospel,” she added. “And so it must stay in the forefront of the convention’s mind both at the national level and at the local church level.”

Delegates, or messengers, to the 2019 SBC annual meeting approved a new Credentials Committee that can recommend disaffiliating churches that do not properly handle instances of abuse. Accordingly, the SBC Executive Committee dismissed a Texas church in February that had employed a registered sex offender as a pastor.

The messengers also voted to amend the SBC’s constitution to make explicit that churches that mishandle abuse cases are not welcome. That amendment needs to be considered a second time and final action has been delayed because the 2020 meeting was canceled due to the coronavirus pandemic.