Shane Idleman on The Battle for Truth: Seven Unmistakeable Traits of False Prophets 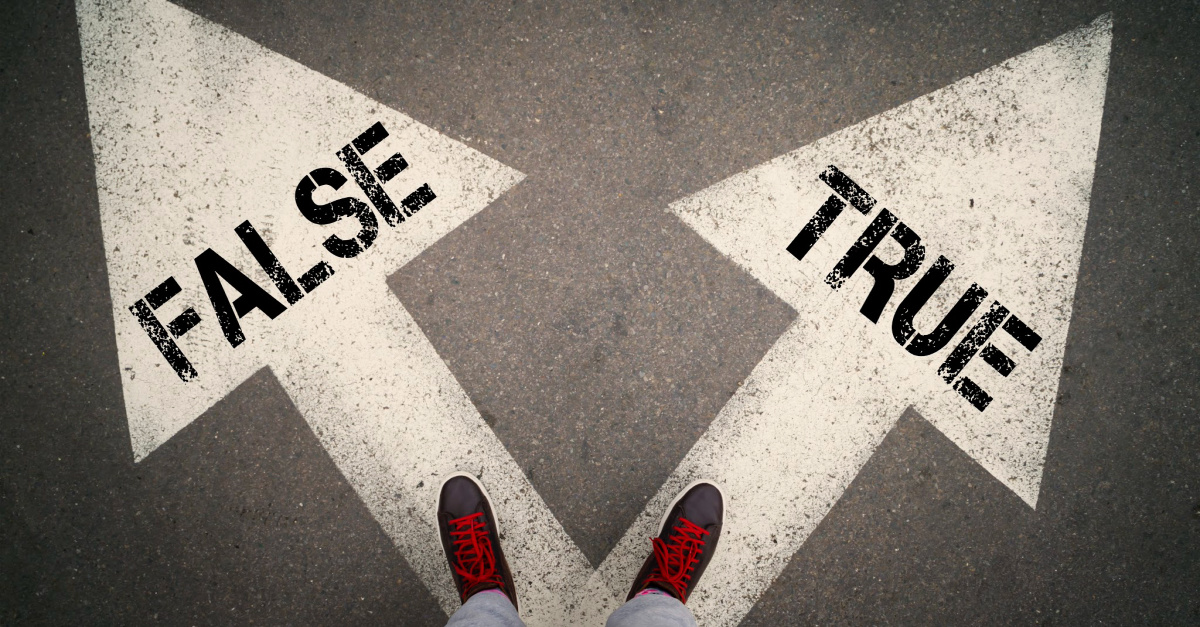 “Then many false prophets will rise up and deceive many. And because lawlessness will abound, the love of many will grow cold” (Matthew 24:11-12).

Theologians debate the historical context of this verse, but one thing we do know is that it definitely applies today. Many people want to know about end-times signs, but first we need to discern end-times voices — voices of truth versus those of falsehood.

In these dire times, many of us can relate to the prophet Jeremiah’s words: “My heart within me is broken because of the [false] prophets; all my bones shake … because of the Lord, and because of His holy words” (23:9). The lies of Israel’s leaders led to Jeremiah’s broken heart as well as a loss of balance and stability. God declared, “‘For both prophet and priest are profane; yes, in My house I have found their wickedness,’ says the Lord” (23:11). The land, not unlike ours today, was full of unrepentant sin and fake voices, and the people were paying the price — the pleasant places were dried up.

In short, a false prophet is one who proclaims, “This is what God says,” when it’s not what God is saying at all. They also embrace ungodly movements because they are filled with the world rather than God’s Spirit. Leaders who are not mightily filled with God’s Spirit may exhibit some of the same characteristics as false prophets, which I’ve outlined below. However, in these cases, they lack holy fire but aren’t necessarily false leaders. A false prophet is unconverted, whereas those who are wishy-washy may simply be quenching and grieving the Spirit by their choices. Be careful in labeling people too quickly. The false prophet will draw clear lines in the sand; those struggling just need biblical direction. If we don’t cling to the cross and seek God daily, we could easily become lukewarm and not boldly stand for Him. We all must be vigilant. (Listen to a short clip here about this very issue.)

Although the main focus of this article is on those who say they believe in Jesus, there are also false prophets in cults who downright reject the deity of Christ. The apostle Peter warned, “But there were also false prophets among the people, even as there will be false teachers among you, who will secretly bring in destructive heresies, even denying the Lord who bought them, and bring on themselves swift destruction” (2 Peter 2:1). False prophets will say they believe in Jesus, but they’ve never repented of their sin and embraced him as Lord and Savior. This point is critical — just because someone says something does not mean they believe it. Look at the fruit.

With that said, here are seven surefire signs of a false prophet based on Jeremiah 23.

1. False prophets scatter God’s flock rather than unite it. “‘Woe to the shepherds who destroy and scatter the sheep of My pasture!’ says the Lord” (v. 1). As just one example of many, during the COVID-19 pandemonium, I saw a pastor (who I believe to be a false teacher) mock another church that had stepped out in faith to host a meeting. Sadly, some people from that church did come down with the virus. But instead of praying for the church and protecting them by not spreading gossip, the mocking pastor had the audacity to ridicule them on social media even further, thus dividing instead of uniting.

False prophets also divide the body of Christ by embracing liberal theology and supporting such things as gay marriage. Spirit-filled believers are left baffled and confused because false teachers keep promoting sin rather than looking to what God says. Granted, some Christians do not fully understand what the Bible says about certain topics and may, therefore, appear vague on their stance. These people are not necessarily false prophets; they are biblically illiterate.

2. False prophets do not care for the spiritual needs of others. They appear loving to the world, but mature Christians can spot their hypocrisy a mile away. They march with ungodly movements but say nothing about the murdering of children in the womb. They are arrogant and boldly shake their fists at God in the name of tolerance. In 2 Timothy, Paul warns about people who are rebellious yet have a form of godliness. The world loves them because they are not convicted by their messages.

It’s a given that most of us struggle with selfishness, but the rebuke from God is focused on how they lead: “‘You have scattered My flock, driven them away, and not attended to them. Behold, I will attend to you for the evil of your doings,’ says the Lord” (v. 2). To not attend to their flocks is to not care for their spiritual needs. People are dying spiritually, and false leaders counsel them to keep sinning. Instead of offering the cure, they encourage the disease. For instance, a pastor I debated on Fox News actually said that he would encourage someone who struggles with same-sex attraction to embrace it (the link is here, and my podcast here where I cover many of these topics). This leads right to the next point.