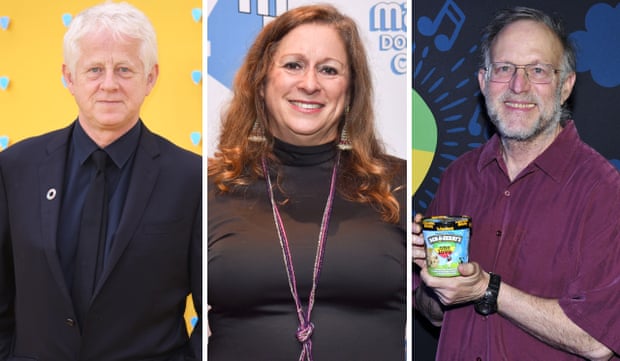 A group of 83 of the world’s richest people have called on governments to permanently increase taxes on them and other members of the wealthy elite to help pay for the economic recovery from the Covid-19 crisis.

The super-rich members, including Ben and Jerry’s ice cream co-founder Jerry Greenfield and Disney heir Abigail Disney, called on “our governments to raise taxes on people like us. Immediately. Substantially. Permanently”.

“As Covid-19 strikes the world, millionaires like us have a critical role to play in healing our world,” the millionaires said in a letter shared with the Guardian. “No, we are not the ones caring for the sick in intensive care wards. We are not driving the ambulances that will bring the ill to hospitals. We are not restocking grocery store shelves or delivering food door to door.

“But we do have money, lots of it. Money that is desperately needed now and will continue to be needed in the years ahead, as our world recovers from this crisis.”

The group warned that the economic impact of coronavirus crisis will “last for decades” and could “push half a billion more people into poverty”.

Among those adding their names to the letter are Sir Stephen Tindall, the founder of the Warehouse Group and New Zealand’s second richest man with a $475m (£370m) fortune; the British screenwriter and director Richard Curtis; and the Irish venture capitalist John O’Farrell, who made millions investing in Silicon Valley tech companies.

“The problems caused by, and revealed by, Covid-19 can’t be solved with charity, no matter how generous. Government leaders must take the responsibility for raising the funds we need and spending them fairly,” the letter says. “We owe a huge debt to the people working on the frontlines of this global battle. Most essential workers are grossly underpaid for the burden they carry.”

The group released the letter ahead of this weekend’s G20 finance ministers and central bank governors meeting. They called on politicians to “address global inequality and acknowledge that tax increases on the wealthy and greater international tax transparency are essential for a viable long-term solution”.

The number of super-rich people continues to grow despite the economic impact of the coronavirus crisis and global lockdowns. Jeff Bezos, the world’s richest person and the founder of Amazon, has seen his fortune swell by $75bn so far this year to a record $189bn.