Book Review: ‘Mother to Son: Letters to a Black Boy on Identity and Hope’ by Jasmine L. Holmes 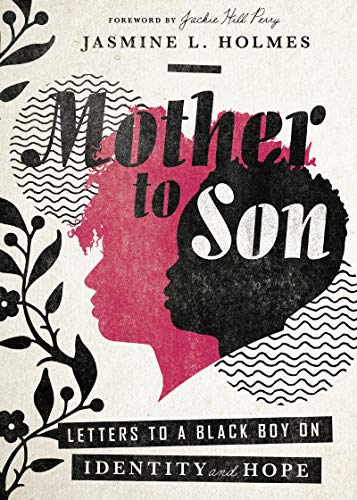 Review by Chandra White-Cummings, who is a freelance writer. She is the founder of CWC Group Media and creator of the Race@Home project.

As he breathed his last obstructed breaths, George Floyd called to the mother who died before him, “Momma! Momma!” Black mothers, in our communal tradition, hear Floyd calling to us, too. George Floyd, Rayshard Brooks, Trayvon Martin, Tamir Rice, Michael Brown not only could have been our sons, but they were our sons. When we hear the news of their deaths, our chests tighten and our tears flow. We are praying with everything in us that our son or husband or nephew isn’t the next name printed on police brutality protest signs.

Black Christian mothers in this moment need comfort, support, and direction. We struggle against our hearts hardening. We know that it is difficult for our white Christian family to completely understand our fear and pain, but we need our brothers and sisters to hear us.

Through her recent book Mother to Son: Letters to a Black Boy on Identity and Hope, writer and speaker Jasmine Holmes amplifies the voice of black Christian mothers by highlighting her own concerns and advice for her toddler-aged son Wynn. She offers the church a window to see what black boys face as they grow into men in America. By giving voice to the underrepresented perspectives of their mothers, Holmes offers the church a way forward toward racial unity and understanding.

Black mothers have often felt minimized or excluded from opportunities in white Christian spaces to share our unique struggles and cultivate understanding in the body of Christ. This reality is true even when motherhood is the focus. National groups like MOPS and Moms in Prayer have scant black leadership. There are no black women on the MOPS executive team and only one black woman on their board of directors. Except for international leadership teams in black majority locations, Moms in Prayer is also lacking black representation: one out of 50 state and regional coordinators and no black headquarters staff.

Beginning 15 years ago, I participated in Moms in Prayer groups for several years and even spoke at a regional event, but I still felt an emotional void as the only black mom, knowing that many of the issues I faced were unfamiliar to white mothers. To me, black voices mattered, and I wondered why the other moms did not seem to notice the absence of those voices.

When a black mother is not seen or heard, it shouldn’t be surprising when her children experience similar invisibility. But worse than invisibility is being viewed through a lens of fear and stereotypes. A 2014 Center for Policing Equity study showed that young white women perceived black boys from 10-17 years old to be on average 4.5 years older than they actually were, and were more likely to see black boys than Latino or white teens as dangerous and a threat.

Similarly, black students are disciplined in school more harshly for the same behavior by white students. Data for the 2015-2016 school year from the U.S. Department of Education Office of Civil Rights shows that while black boys represented only 8 percent of total student enrollment, they accounted for nearly a quarter of students who received at least one out of school suspension.

Holmes warns Wynn about this type of toxic perception when she writes,

…because of your brown skin, you won’t just be seen as tall for your age. To some, you’ll look like an adult long before you’re grown. Your exuberance will sometimes be mistaken for recklessness, your passion for anger. Your affection will make some people nervous, especially if your flirtation veers in the direction of the wrong white man’s daughter. Your joyous dancing will indicate to some that you’re wild, even threatening. Some people won’t even take the time to get to know your tenderness.

Black mothers like Holmes know and understand these realities. We often struggle for words to comfort and strengthen our children for what they might face. We wonder what it will take for white Christians to accept the truth of how the world, including the American church, sees our sons and daughters.