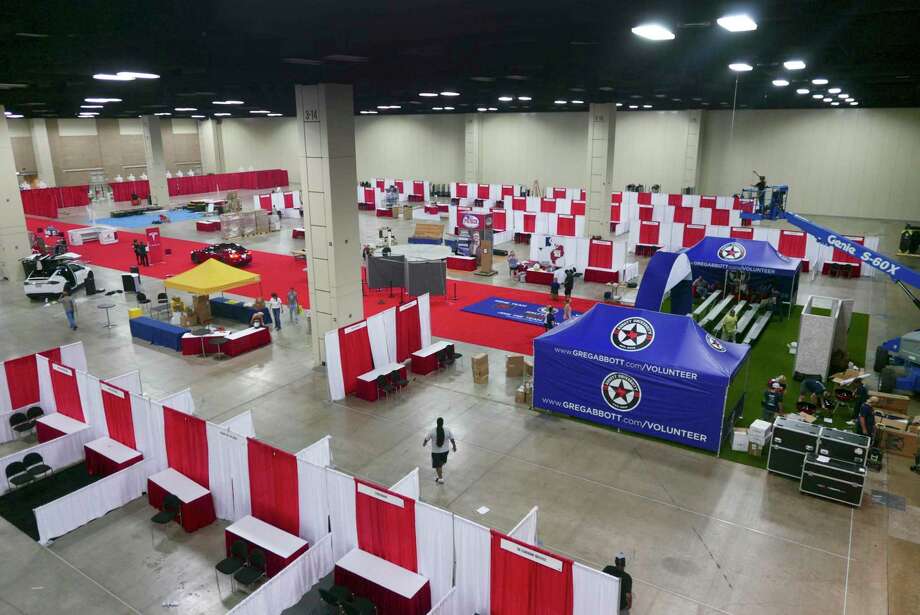 The Republican convention in Jacksonville, Fla., next month could be moved to an outdoor stadium as cases of the novel coronavirus in the state increase, according to several officials with knowledge of the plans.

While no decision has been made, Republican officials are studying two outdoor professional sports stadiums near the VyStar Veterans Memorial Arena where the convention is currently slated to be held. They are also looking more broadly into the logistics of pulling off an outdoor convention, according to two Republicans involved in the planning.

This marks the latest uncertainty over planning the convention, which President Donald Trump is determined to hold even as cases surge in Florida and other states. Officials have engaged in weeks of intensive planning for the convention, which was moved from North Carolina after a sharp disagreement with state leaders there over health measures.

Trump was recently briefed on the options of moving the convention away from the indoor arena, officials said, and is expected to make a final decision in upcoming days.

Republicans involved in the planning believe there could be less risk of transmission and spreading for attendees in a larger outdoor arena than in the stadium, and attendees may be less concerned about taking part in such an event.

Several Republican senators have said they will not attend the convention.

After the president’s rally last month in Tulsa, some of his advisers are also concerned about the potential fallout from indoor events where attendees do not wear masks.

An outdoor convention could pose its own set of problems, however. Florida is particularly hot in the summer, with temperatures often climbing to 100 degrees, and rain is also a threat.

Republican officials have looked at the 121 Financial Ballpark, which hosts minor league games and seats about 11,000, and the TIAA Bank Field, which hosts the Jacksonville Jaguars and can seat more than 65,000. Both arenas are within a short walking distance of the VyStar Arena, an indoor facility that seats about 15,000. Republican officials recently toured both sites during a series of meetings in Jacksonville, officials say.

A spokesman for the Republican Party declined to comment.

Senate Majority Leader Mitch McConnell, R-Ky., suggested Thursday that it’s unclear what the circumstances will be in late August when the convention is held.

“I think the convention is a challenging situation, and a number of my colleagues have announced that they’re not going to attend,” McConnell said. “And we’ll have to wait and see how things look in late August to determine whether or not you can safely convene that many people.”

Among the top Republicans who have said they will not attend are Sens. Charles Grassley of Iowa, Susan Collins of Maine, Lisa Murkowski of Alaska and Mitt Romney of Utah. The last three have periodically clashed with Trump, but Grassley has made it clear he’s staying away solely because of the pandemic.

Another senator joined the list of absentees Thursday. Sen. Pat Roberts, 84, told reporters he has matters to take care of in his home state of Kansas as he prepares for retirement. He is not sure if the convention will happen or not, he said, but if it does take place he is unlikely to be there.

“I have some things to do in Kansas that I’ve got to do,” Roberts said. “And unfortunately, I didn’t know what was canceled and what was not or whatever, so I will probably not be” attending.

As planning for the Jacksonville gathering moves forward, party officials have said they will follow whatever local health restrictions are in place from Aug. 24 to 27, when the convention is scheduled to occur.

The Centers for Disease Control and Prevention considers large in-person gatherings where it is difficult to maintain social distancing and where attendees must travel from outside a local area to be the “highest risk” for spreading the coronavirus.