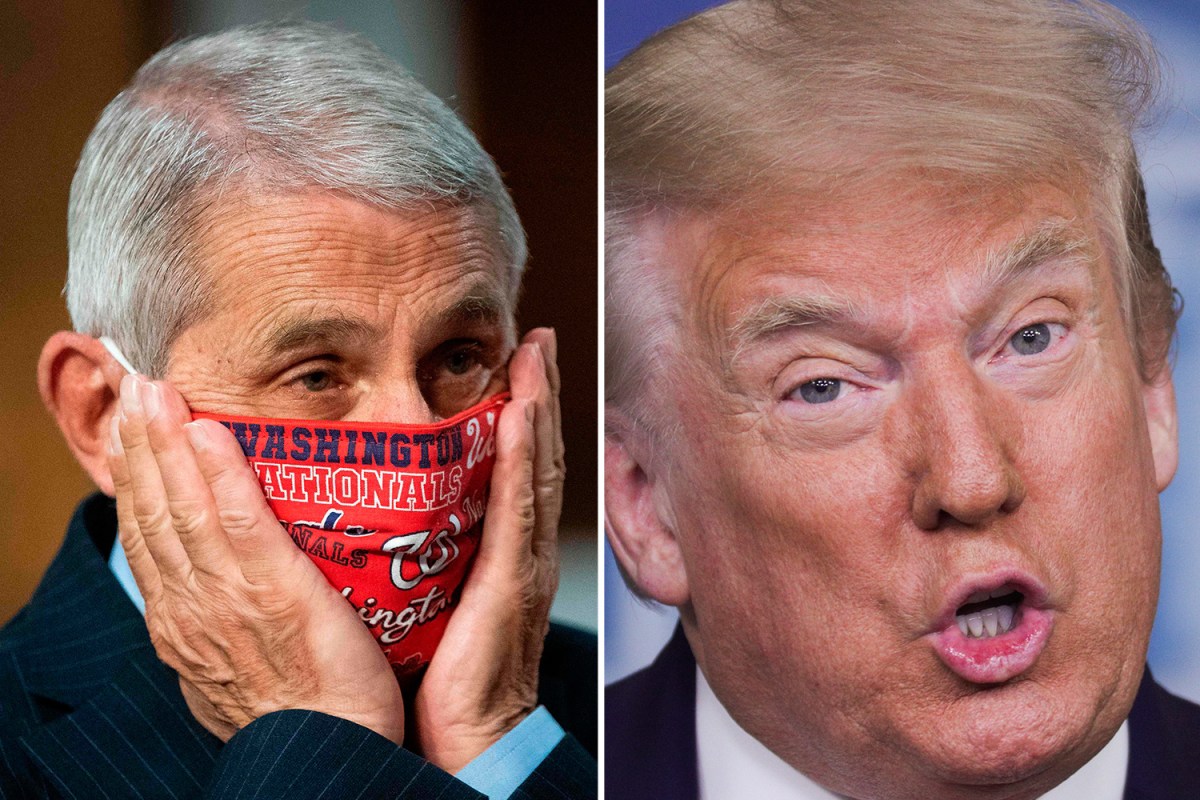 Trump railed against the guidelines released last week by the CDC and revealed on Wednesday morning that he plans to meet with the federal agency about their “expensive guidelines”.

“I disagree with @CDCgov on their very tough and expensive guidelines for opening schools,” he tweeted.

“While they want them open, they are asking schools to do very impractical things. I will be meeting with them!!!”

I disagree with @CDCgov on their very tough & expensive guidelines for opening schools. While they want them open, they are asking schools to do very impractical things. I will be meeting with them!!!

“Most schools will not be able to have all their kids in school at the same time,” he said.

Under his proposal, students will be in school a maximum of three times a week.

The president shrugged off Dr Anthony Fauci’s warning that the US battle with coronavirus has just begun, saying the country is “in a good place” to beat the disease.

Trump was optimistic about his administration’s handling of the pandemic when asked Tuesday night about how to “reconcile” Fauci’s caution with “encouraging news” like the possibility of a vaccine.

“Well, I think we’re in a good place,” he said in an interview with journalist Greta Van Susteren on Full Court Press.

“I disagree with him. Dr Fauci said don’t wear masks, and now he says wear them.”

The president pointed out “numerous things” said by the nation’s top disease expert, including not to ban travel from China, which Trump announced on January 31.

“I didn’t listen to my experts, and I banned China,” he said.