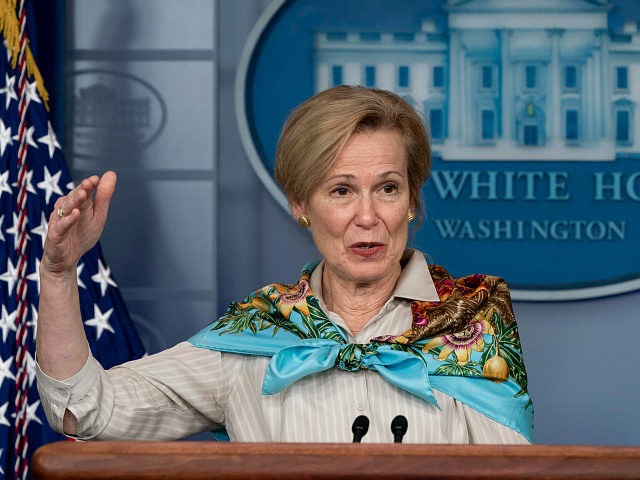 Southern states are experiencing a surge in Chinese coronavirus cases because they opened too fast, Dr. Deborah Birx, a top White House health official, declared on Tuesday, noting that the U.S. has the “capacity” to stem the spread of the disease.

“We know how to stop the viral spread,” Dr. Birx, the response coordinator for the White House Coronavirus Task Force, stressed. “We have that capacity in our hands.”

She made those comments during an interview with SiriusXM’s Wharton Business Daily that aired Tuesday.

Dr. Birx indicated that the geography of the pandemic’s ongoing first wave has shifted from the Northeast and Midwest to the South and West in the United States.

The Southern and Western parts are currently facing a new surge in cases following similar outbreaks in the Northeast and Midwest earlier this year.

Unlike the situation in early 2020, however, the number of deaths in the current COVID-19 hotspots remains low as of Tuesday, suggesting that more people are contracting the virus without dying.

We are starting to see a small uptick [through the Northeast and Midwest], but the South, which didn’t experience a significant outbreak through the March, April timeframe, I think came at this opening in a different way than the Northeast or the Midwest that had experience with the outbreak.

And so when they opened, instead of gating closely through all of the recommended gates, a lot of individuals and a lot of businesses instead of driving 25 in a 25 mile an hour zone, stepped on the gas and started going 65, and it’s really evident now in the spread of cases across most age groups.

Some public health officials warned that the protests and riots in the wake of George Floyd’s killing while in police custody on May 25 could potentially be the ideal breeding ground for the spread of COVID-19, the coronavirus’s disease. In Los Angeles and elsewhere, officials have linked the spike in cases there, at least in part, to the demonstrations.