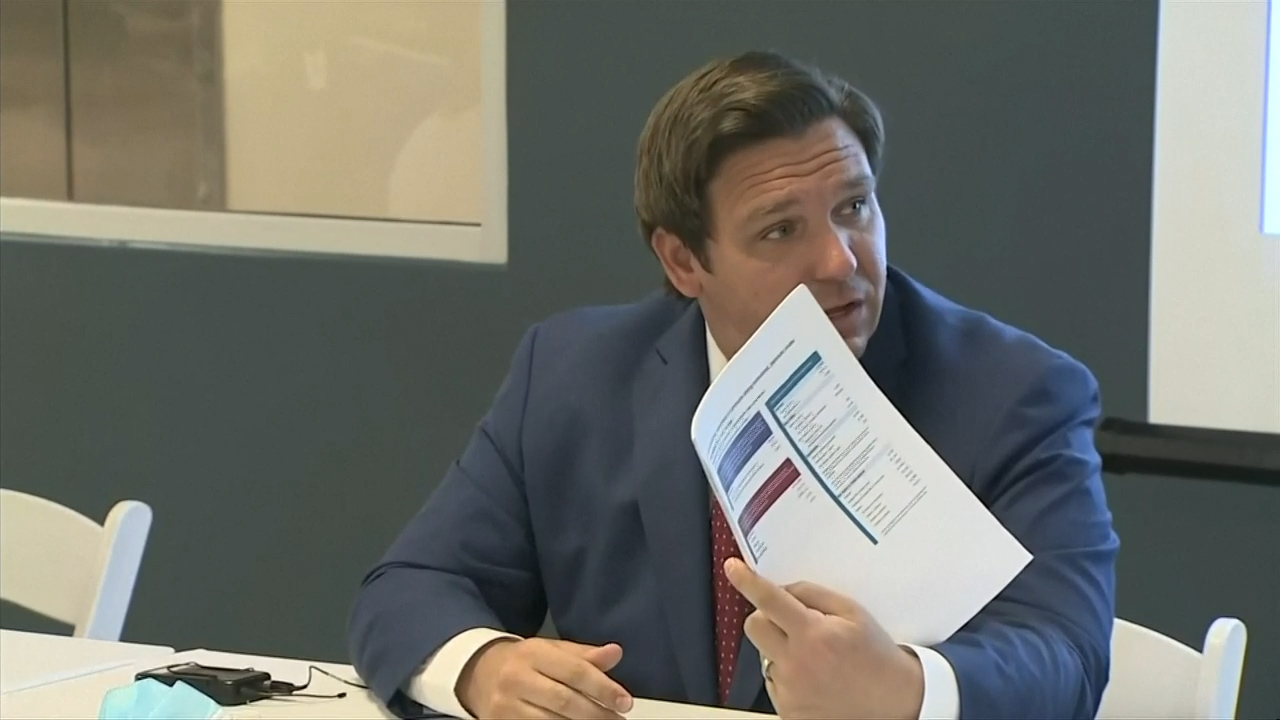 ST. PETERSBURG, Fla. – As the coronavirus savaged other parts of the country, Florida, buoyed by low infection rates, seemed an ideal location for a nation looking to emerge from isolation. The Republican National Convention moved from Charlotte to Jacksonville, the NBA eyed a season finale at a Disney sports complex near Orlando and millions packed onto once-empty beaches.

Weeks later, the Sunshine State has emerged as a coronavirus epicenter. Nearly 1 out of every 100 residents is infected with the virus, hospital intensive care units are full or filling up, and big-name visitors who chose Florida for their first post-isolation events are now mired in questions and controversies about safety.

Amid escalating infections, Florida, once held up by President Donald Trump as a model for how to manage the novel coronavirus, is faring poorly. Residents worry the situation will get much worse. Florida is now one of a handful of states whose spiking numbers are driving a major resurgence of the virus in the United States, which is approaching 3 million cases.

Gov. Ron DeSantis, a Republican, has downplayed the growing outbreak in Florida, saying expanded testing is responsible for more positive results and emphasizing that many new infections are among younger people less likely to experience the worst effects of the virus.

On Tuesday there were 213,794 cases of the coronavirus in Florida, according to Washington Post data. The state has tallied a record number of cases over the past week, averaging 8,766 a day, according to Post data.

In a sign of intensifying trouble, 52 intensive care units across more than a third of the state’s counties had reached capacity by Tuesday, according to data released by the state’s Agency for Health Care Administration. Another 17 hospitals had also run out of regular beds. The state has “abundant capacity,” DeSantis said at a news conference Tuesday.

Some nurses at Good Samaritan Medical Center in West Palm Beach have been working 18 hours instead of the usual 12 because of overnight staffing shortages, according to a nurse who spoke on the condition of anonymity for fear of jeopardizing her job. Patients are being treated in an open area cordoned off by curtains that is typically used for quick medical consultations, she said.

Ryan Lieber, a spokesman for the hospital, denied employees were being asked to work 18-hour shifts, adding in a statement, “Patients are being treated in areas of the hospital which are considered appropriate for their care, and respectful of their privacy at all times.”

Florida Education Commissioner Richard Corcoran late Monday ordered that the state’s schools open for in-person instruction next month, igniting fears that a new round of classroom interactions would lead to a new round of infections.

“We want to proceed with caution, but unfortunately the governor continues to deny the science,” said Fedrick Ingram, president of the Florida Education Association. “The trend over the last 30 days has been astronomical. We’re in regression, we’re going backward. In terms of the amount of cases, we are literally going backward as a state.”

Hospital leaders, lawmakers, physicians, epidemiologists, advocates and others familiar with the state’s response said a false sense of security set in when grim predictions about the virus’s spread in Florida did not come to pass in March and April. DeSantis declared victory, attending a laudatory news conference at the White House with President Trump. The editor of National Review wrote an editorial titled “Where does Ron DeSantis go to get his apology?”

But observers maintain the state then failed to prepare for a surge of the virus, which struck as residents were seeking refuge in air-conditioned indoor spaces, where the virus is believed to be most easily transmitted.

Sports leagues that opted to restart their seasons in Florida will now play in a state that is in worse shape than when the pandemic began. Many teams are already in the state, and they face a growing number of critics who believe they should cancel games.

“My concern has grown since a week ago. It has gotten worse,” said Tommy Hazouri, the Democratic president of the city council and a former Jacksonville mayor. Hazouri was initially supportive of his city’s effort to secure the convention.

“It is time to accept reality, and no one can be in denial about what is going on,” he said. “At some point our council and the leaders in this community has to draw a line in the sand on where we need to be going.”

Several hundred doctors have signed a petition that says the convention needs stronger safety measures. Nancy Staats, a retired anesthesiologist who lives in the Jacksonville area, said she hoped a few dozen doctors would sign the petition she helped circulate. Within three days, nearly 500 had added their names.

“We’re really focused on the health and well-being of the citizens of our city and state now. That’s still six or seven weeks off and we’re still climbing scarily, rapidly,” Staats said. “This is about people’s lives, including the attendees of this event.”

NBA and Major League Soccer teams have already landed in Orlando, hoping they play in a coronavirus-free bubble.

“I am excited to play,” D.C. United midfielder Julian Gressel said. “I’m not excited about the part that obviously puts us at risk.”

“On paper and dealing with our experts, this should work,” he said. “But we shall see. I’m confident – based on the positive cases we’re seeing from our players and the general public around the country – that it will be safer on this campus than off this campus.”