Kellyanne Conway’s daughter, Claudia, 15, says her parents are blocking her freedom of speech and that their ‘marriage failed’ as she streams a bust-up with her mom on TikTok and continues to post anti-Trump videos 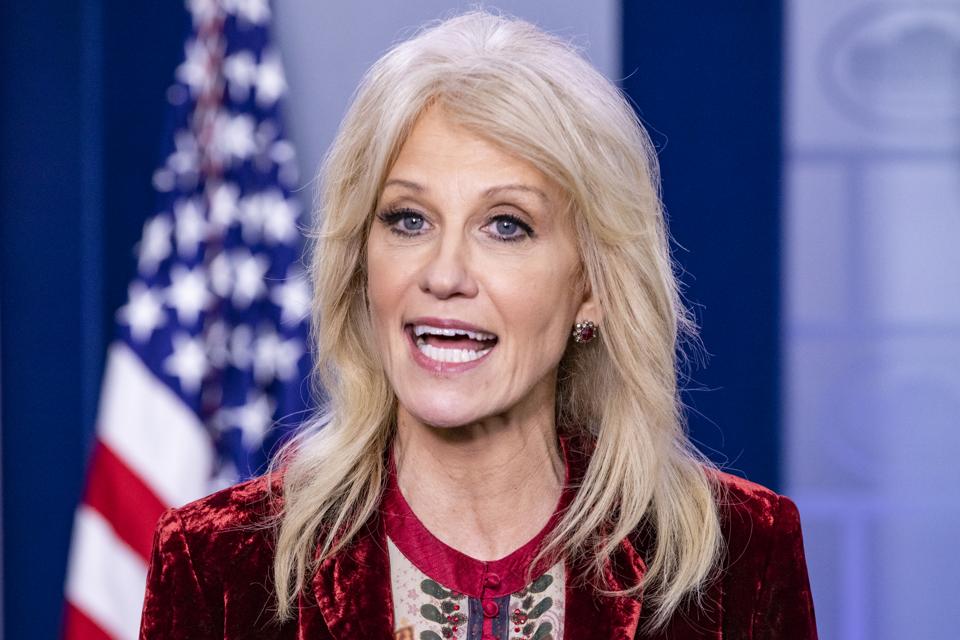 Kellyanne Conway’s teenage daughter is continuing her online hit on her parents, replying to her father on Twitter about how his ‘marriage failed’ and livestreaming a confrontation with her mother on TikTok.

Claudia Conway, 15, became a viral star this week for her outspoken anti-Trump views and support for the Black Lives Matter movement despite her mom working in the White House.

While the White House counselor previously said she supports her daughter making her own mind up about her political views, Claudia this week claimed that her parents were attempting to shut off her phone to stop her causing more controversy for the family.

On Friday, her dad George Conway, who is one of the founders of the anti-Trump political action group The Lincoln Project, attempted to intervene, telling journalists that he gave no permission for them to speak to the teenager.

‘To journalists: @kellyannepolls and I do *not* consent to any communications between you and any of our minor children, including our daughter Claudia. So desist. Thank you,’ he wrote.

But an unhappy Claudia snapped back saying he was trying to stop her being heard.

‘You’re just mad that I’m finally getting my voice heard. sorry your marriage failed,’ she said.

The 15-year-old also tagged both her parents’ Twitter accounts in several tweets where she told them ‘please stop shutting of my phone’.

Her father’s failed intervention came as Claudia streamed live to TikTok while Kellyanne confronted her about the content she was posted about her boss Trump.