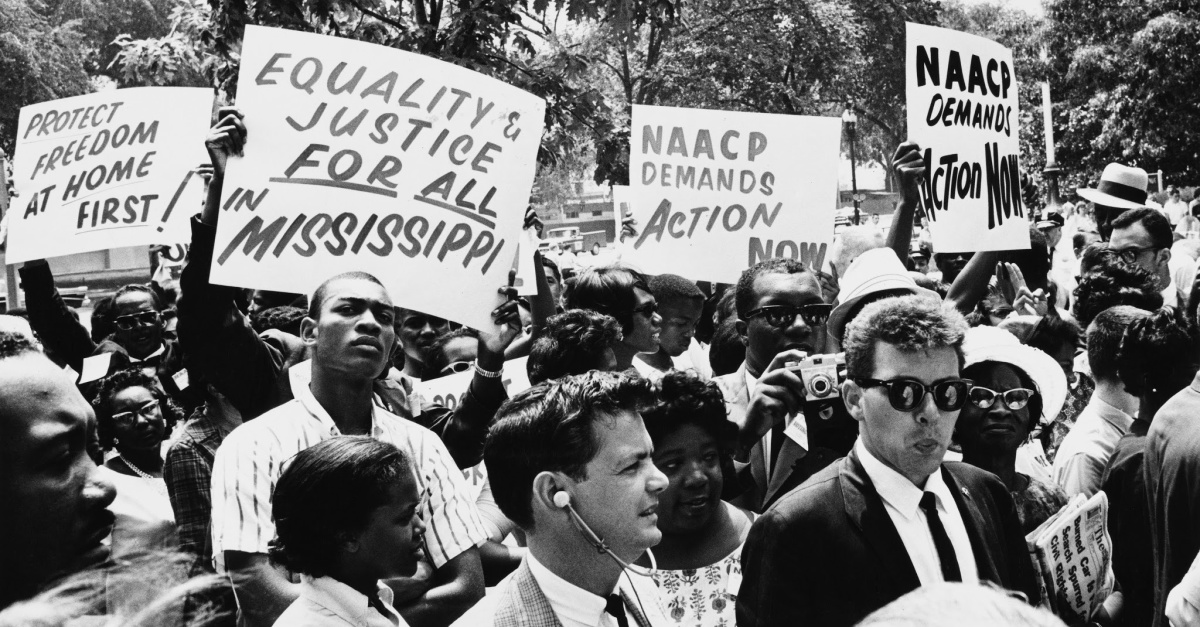 When I worked as a day camp counselor, there was one song we never really had to teach the kids: “This Little Light of Mine.” With other camp songs, we’d walk them through the hand motions or have them practice the chorus a few times. But with that song, there was none of that. They knew what to do. Pointer fingers were raised, held out like candles. Heads began to sway. And every camper and counselor would begin to sing, “This little light of mine, I’m gonna let it shine …”

It’s pretty powerful if you think about the lyrics. “Won’t let Satan blow it out …” “Hide it under a bushel? NO!” When you get down to it, “This Little Light of Mine” is more than a sing-along song. It’s a rallying cry. It’s about meeting the darkness with unwavering hope.

As with so many gospel songs, the origins of “This Little Light of Mine” are a little unclear. Some people believe that it was first sung on the plantations, a slave spiritual like “Go Down Moses” or “Swing Low, Sweet Chariot,” but that’s been debunked. In fact, most sources claim that was written in the 1920s by composer and teacher Harry Dixon Loes (who was white), although recent research by the Moody Bible Institute has found no evidence to suggest that he was the original songwriter or even claimed to be. Loes is credited with producing a popular arrangement of the song in the 1940s, but that’s about it. So, long story short, we’re not sure where the song came from.

The real history of “This Little Light of Mine,” though, began in the 1960s. It was first repurposed in the 1950s by Zilphia Horton, a musician and folklorist who was known for turning hymns into “freedom songs” (most famously, “We Shall Overcome”). She taught her version to folk singer Pete Seeger, and by the late 1960s, “This Little Light of Mine” had become a protest anthem for the Civil Rights Movement.

The simplicity of the song made it easily accessible. It could be sung by anyone in any situation. One Freedom Singer from the time, Rutha Mae Harris, described “This Little Light of Mine” and songs like it as a kind of nonviolent weapon. “It kept us from being afraid,” she told WLRN. “We’d start singing a song, and somehow those billy clubs would not hit you. It played a very important role during the movement.”