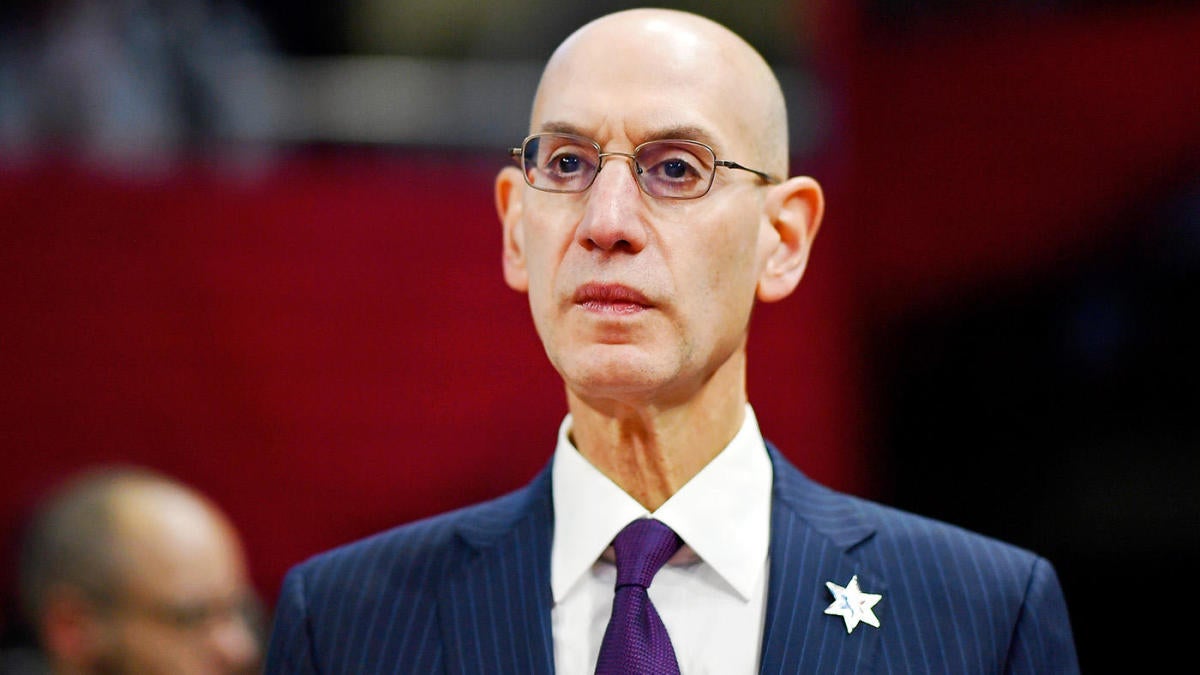 As COVID-19 cases continue to rise around the country, especially in states like Florida—home to two NBA franchises, and most crucially the ESPN Wide World of Sports Complex that is slated to host the restart of the 2019-2020 NBA season—NBA commissioner Adam Silver said in a TIME100 Talks discussion that there’s no guarantee the 22 NBA teams who qualified for the relaunched season will even travel to Central Florida. Teams are tentatively scheduled to arrive in Orlando between July 7-9.

“[It’s] never ‘full steam no matter what,’” says Silver in a Talk that aired Tuesday. “One thing we’re learning about this virus is that much is unpredictable.”

Even if the teams make it to Orlando, Silver recently said that a “significant spread” of COVID-19 at the Disney World complex could cause a cancellation of the 2019-2020 campaign, even if it relaunches as expected in late July. The season initially came to a halt on March 11 after Utah Jazz center Rudy Gobert tested positive for the novel coronavirus.

But what would constitute a “significant spread?”

“Honestly … I’m not sure,” Silver says. “We have a panel of scientists, doctors, experts that are working with us. We’re going to see as we go.” The NBA, he says, will be constantly monitoring the data. “Certainly, if we have a lot of cases, we’re going to stop,” he says. “You cannot run from this virus. I am absolutely convinced that it will be safer on this campus than off this campus, because there aren’t many other situations I’m aware of where there’s mass testing of asymptomatic employees. So in some ways this is maybe a model for how other industries ultimately open.”

The NBA recently tested 302 players for COVID-19; 16 of those players were positive. “It’s not alarming based on what we’re seeing in the broader population,” says Silver. “In many ways, it was somewhat predictable. Where I’m most relieved … is that among those 16 positive tests, there are no severe cases.” On June 29, two Brooklyn Nets players, center DeAndre Jordan and guard Spencer Dinwiddie, tested positive; Jordan said he won’t be in Orlando, and Dinwoodie’s status is uncertain.

Health risks alone, players like Kyrie Irving have argued, shouldn’t cause the NBA to rethink its plans. A scrapped season could have afforded players more time to engage in social activism, a cause more pressing than ever following the killing of George Floyd and the subsequent national reckoning on racial justice. Silver, however, believes that with so many eyes attuned to the NBA during the restart, the players can use their platforms to do good. ESPN has reported that the NBA and its players union are planning to paint “Black Lives Matter” on the sidelines of the three arenas on the Orlando campus. The league is considering a change that would give players the option to replace the names on the back of their jerseys with social justice slogans.

Since the 1980s, the NBA has had a rule on its books calling for players to stand at attention during the national anthem. Given that so many athletes worldwide have knelt in solidarity with the Black Lives Matter movement before games as sports have returned from pandemic stoppages, expect NBA players to follow suit. “I don’t disagree with this notion that people come together in a unified way to stand for the national anthem,” says Silver. “I also recognize there are appropriate times for protest. And I also understand that when that line-drawing comes into play, invariably you’re going to upset some faction out there. And at the end of the day, we just sort of have to be true to ourselves, and the values that underly this league. And try to make values-based decisions rather than political ones.”

Silver has said he supports the efforts of NBA players to speak out. “These athletes want to be heard on these issues, understandably,” says Silver. “And we also, at least in the case of the NBA, have a league where roughly 75% of our players are Black. They are probably some of the most prominent Black people in the entire world. They don’t just park their skin color, or who they are, when they play basketball. They have their life experiences, and they want to bring those to bear.”

Many fans and pundits picked up on the fact that the New Orleans Pelicans, who are currently 3.5 games behind the eighth-seeded Memphis Grizzlies in the Western Conference standings, have the easiest schedule, as measured by opponents’ winning percentage. Fans are clamoring for a tantalizing first-round playoff series between the Los Angeles Lakers, the current top seed in the West and a team featuring LeBron James and Anthony Davis, and the Pelicans, who have a shot at the eighth-seed and feature rookie sensation Zion Williamson. The NBA would seem to have an interest in a LeBron-Zion tilt too: many observers, understandably, are convinced that the Pelicans’ easy schedule is no accident.