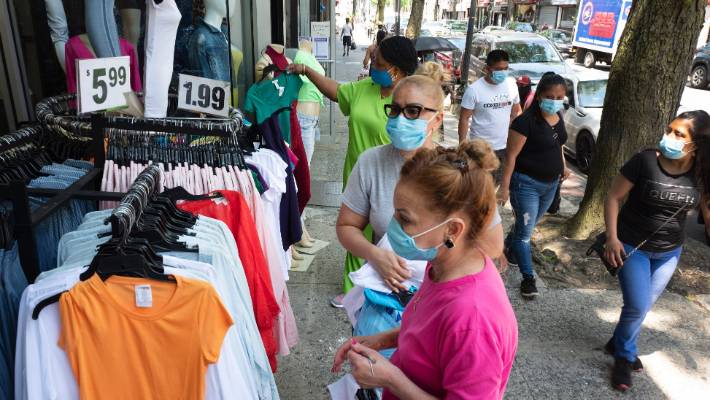 Americans are living through a split-screen pandemic: Their leaders are relaxing restrictions while their states set records for new coronavirus infections. Churches, beaches and bars are filling up, and so are hospital beds.

Early in the outbreak, President Donald Trump told governors they were on their own – for testing, medical supplies and stay-at-home orders. Now, in this new phase of soaring cases and reopenings, the effects of this decentralized decision-making are particularly noticeable and subject to politics, with some states making seemingly arbitrary decisions.

Experts note a troubling lack of consistent, unified messaging from Trump and Vice President Mike Pence, who have downplayed the danger and denigrated effective disease defenses such as mask-wearing, testing and social distancing – even as the administration’s own health officials contradict them. The coronavirus task force briefings, where health officials updated the public daily, disappeared weeks ago.

On Thursday, the country reported more than 39,000 new cases, its highest-ever single-day count, according to data gathered and analyzed by The Washington Post. The counties home to Dallas, Phoenix and Tampa all reported record-high averages on at least 15 straight days in June.

In many places, the number of people sick enough to be hospitalized has also increased sharply. Those hardest hit include the largest states – California, Texas, Florida – and those that thought they had the virus under control, like Utah and Oregon.

“I think the politicians are in denial,” said Kami Kim, director of the Division of Infectious Disease and International Medicine at the University of South Florida.

The push to reopen quickly even as cases climb sends a dangerous and inaccurate message, said Andrew Pavia, the chief of the Division of Pediatric Infectious Diseases at University of Utah Health.

“On the one hand, you get messages from politicians and the business community that we have to go, go, go and open up,” he said. “On the other hand, you’re seeing epidemiological indicators that we still have to be very careful.”