The Rev. Delonte Gholston collected almost 100 signatures from faith leaders for a letter asking the mayor and other District of Columbia officials to transfer 20% of the police budget into violence prevention programs.

The Rev. Andrew Cheung plans to urge city officials to offer new de-escalation training for the officers that patrol Washington’s streets and enlist more social workers who might instead help the homeless and mentally ill.

The Rev. Ashley Diaz Mejias gained the support of fellow clergy in raising public attention about an outbreak of COVID-19 at a juvenile detention center near Richmond, Virginia, where she co-pastors a church.

The three were part of a predominantly Black but diverse group of clergy and lay people who spent the last nine months in a pilot program exploring how theology applies to issues of police violence and criminal justice. Participants in the Theology and Racialized Policing Cohort Program meet at the Howard University School of Divinity, Oct. 24, 2019, in Washington, D.C. Courtesy photo

About 45 participants met in person and virtually at Howard University School of Divinity for the “Theology and Racialized Policing Cohort Program” through a partnership with Sojourners, a Christian mobilizing and media organization, and the Christian Community Development Association. It started in October, months before the recent protests following the death of George Floyd — a Black man held for almost nine minutes under the knee of a white Minneapolis police officer.

The certificate program has brought together an intergenerational group of graduate students, social justice and policing consultants and senior pastors to determine what to do before, during and after crises of racial injustice arise. Its last session was led by a minister who was involved in the “Boston Miracle,” an initiative that led to a sharp reduction in youth homicides. 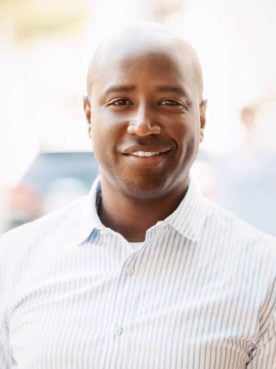 The Rev. Terrance McKinley, director of racial justice and mobilizing for Sojourners, said the program was designed to particularly help Black clergy who often have in their pews both law enforcement employees and those who have had negative interactions with the police. The program aimed to foster ways faith leaders, across denominations and backgrounds, could not only address the collective grief of congregants over the deaths of Black people at the hands of police but also determine steps for transforming their communities.

“There’s an acknowledgement of the anger, the anger in particular that comes with these kinds of deaths,” said McKinley, 39, who pastors an African Methodist Episcopal congregation. “But as people of faith, we know that that can’t be an ending point, that we’re always pointing toward the wholeness that God wants for his creation.”

As the White House and Congress debate possible nationwide actions, cohort participants say they have come away from their course of study with determination to push for greater change in their local communities.

“I think that a lot of the folks that are in the cohort are waking up to the difference between heartfelt compassionate service and heartfelt and compassionate action, organizing,” said Gholston, a Black pastor who leads a multiethnic nondenominational Washington congregation that grew out of the Mennonite tradition. “I think it’s been helpful to be able to have those conversations honestly.”

The Rev. Yolanda Pierce, dean of Howard University’s School of Divinity, said faculty at her historically Black institution and guest speakers from Sojourners and the CCDA had already been on the front lines of dealing with race relations and policing and could help other faith leaders advance social justice work and community engagement.

“It is absolutely critical that those who work in faith communities are equipped with language, theology and tools to discuss the ways racialized policing has disproportionately affected communities of color,” she said. “The voices, experiences and engagement of people of faith are absolutely critical in reducing harm, violence and distrust in communities that are often overpoliced but underprotected.” 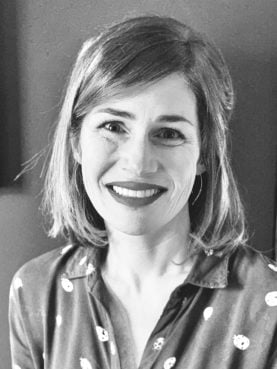 Many participants had already been engaged in the criminal justice system in some way. Gholston, 40, leads regular peace walks in Washington with dozens of churches. Diaz Mejias, also 40, is a director of the Richmond Community Bail Fund and has recently been busy helping protesters in that city who have been detained in jail or had their cars impounded.

Diaz Mejias, a white Hispanic woman who co-pastors a Presbyterian Church (U.S.A.) worshipping community at the detention center, said the course affirmed that her faith is a “grounding space for liberation.” She said it has also given her reading material — including Alex Vitale’s “The End of Policing” — to guide her.

“I read that book in like a day and a half,” she recalled, saying the reading came before the recent protests in her city. “It was like a breath of fresh air and really challenging. And getting to encounter that in a faith space was invigorating for me.”

Some of the cohort participants, including Cheung, a Chinese pastor of a predominantly white multidenominational church, have participated in recent protests following Floyd’s death, including one organized by Sojourners, and a vigil where he prayed at the Lincoln Memorial.

Cheung, 46, who moved to D.C. a couple of years ago, has noticed the prominent police presence in the nation’s capital — which has some two dozen police agencies. 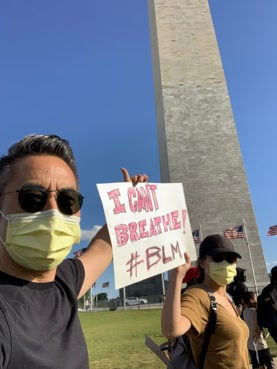 The Rev. Andrew Cheung, left, and
his wife, Julia, participate in a march
and vigil for George Floyd on May 31,
2020, in Washington, D.C. The
grassroots-organized group marched
from the Washington Monument to
the Lincoln Memorial, where Cheung
led a prayer of lament and speakers
advocated for police reform. Photo
courtesy of Andrew Cheung

“We put too much faith as a society in the sense of security and protection that law enforcement offers us,” he said. “I feel like our sense of what safety means and how do we get to safety is kind of skewed.”

The program will conclude in July, when participants are expected to turn in final projects: scorecards on how D.C. police precincts are relating to their communities.

McKinley said Sojourners has received requests to offer the program in other cities, including at Duke University Divinity School.

The Rev. Regina Graham, associate director of the Office of Black Church Studies at the school in Durham, North Carolina, said the spring 2021 program will include the school’s Hispanic House of Studies and Center for Reconciliation and will focus on racialized policing and immigration. It plans to have seven African American pastors and seven Latino pastors participate to help them tangibly follow the biblical admonition of “doing justice and walking humbly” as they seek to transform their local areas.

“We’re hoping that it will provide them with the tools and the resources,” Graham said, “that they’re able to share in their ministries, share in their communities outside of the four walls of the church.”

While some participants in the Sojourners partnership with Howard’s divinity school and CCDA are living out what they learned through protests, letter writing campaigns and congregational action, at least one is contemplating a career change. 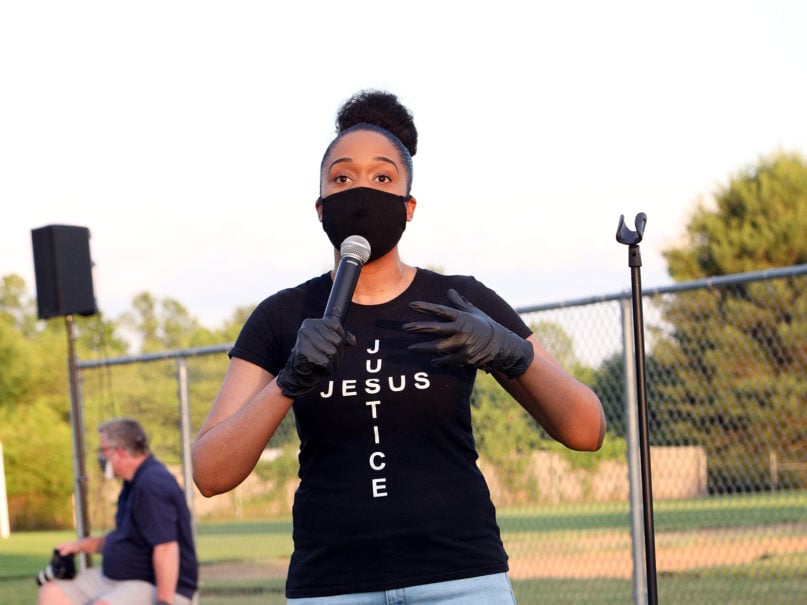 Claudia Allen, an African American Seventh-day Adventist laywoman who writes for an online Adventist magazine, was a teaching assistant pursuing a doctorate of philosophy in English at the University of Maryland when she started the program. Now, after spending months sharing stories, statistics and practical steps with Baptist, Presbyterian and Catholic cohort members, the 29-year-old has applied for full-time work in the social justice field, as well as a position on a county policing advisory commission.

“I think that people don’t know that, hey, these town halls, these boards, these meetings are open to community citizens, and, unfortunately, many church folk aren’t sitting on them,” she said. “That’s kind of what I try to encourage people to do and what I’m trying to do myself.”