John Goldingay on Do We Really Love God’s Law? 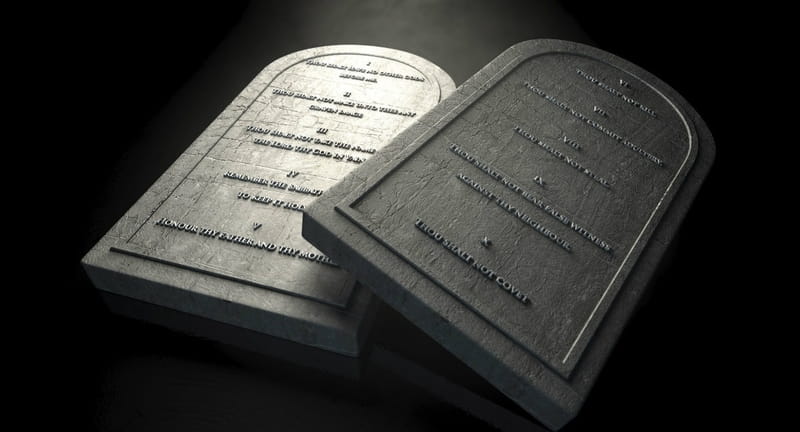 John Goldingay is professor of Old Testament at Fuller Theological Seminary. This article is adapted from his book Old Testament Ethics: A Guided Tour (IVP Academic).

Christians have a problem. We know we are supposed to base our ethics on the Bible, but sometimes the Bible is vague on ethical matters that we think should be straightforward.

The New Testament doesn’t raise any questions about slavery, for example. Paul instructs slaves to “obey your earthly masters with respect and fear, and with sincerity of heart, just as you would obey Christ” (Eph. 6:5). Texts like this have been used throughout Christian history to justify horrible acts of dehumanization by Christians who believed the Bible was “on their side.”

But the Old Testament is hardly silent on slavery. It says that bondservants should be released after six years. Why doesn’t the New Testament refer to this rule? For one thing, it’s being realistic, making allowance for the human hardness of hearts that was greater in the context of the Roman Empire than it was in Israel. By contrast, the Old Testament places limits on bond service that are so restrictive that they ruled out actual slavery for fellow Israelites (it’s misleading that recent translations use the word “slave” in the Old Testament). The Old Testament assumes that work in general belongs in the context of community relationships, and it places clear limits on servitude. Israelites are never “owned” by one another, all their service is temporary and compensated in some way, and there are strict regulations to ensure that foreign servants (who were owned) are treated with respect and compassion.

While I suspect most of us believe the Old Testament is the inspired word of God, we often don’t act like it. That might be, in part, because some of what we find in the Old Testament seems distasteful or even appalling to us. But more often, we just don’t consider looking to it for guidance. According to 2 Timothy 3:16, the Scriptures are profitable for teaching, reproving, correcting, and training in right living, and they thus play a role in equipping us to do good things. “The Scriptures” this passage refers to are what we today call the Old Testament—people were still writing the New Testament when Paul wrote to Timothy. Since we believe that the Old Testament Scriptures are inspired and we think this fact is important, why don’t we turn to them much for ethics—the purpose for which we are promised they are profitable? What would happen if we did?

The Old Testament speaks for itself

Paul told the church in Rome that the proper requirement of the Torah (the Hebrew term translated as “law” in our modern Bibles) is fulfilled in us as we live according to the Spirit (Rom. 8:4). Let’s put that together with the line from 2 Timothy earlier: If we want to walk according to the Spirit, we need to know what the Old Testament Scriptures say. We need an understanding of and familiarity with the Old Testament, including the regulations that many of us avoid in our Old Testament reading. Without them, we miss God’s ideals and expectations for human behavior, the vital foundation for understanding the full, biblical answers to some of our biggest ethical questions.

But what if we paid attention to the Old Testament’s own way of looking at ethics to see how it raises concerns that we have to respond to? Rather than making the Old Testament fit our needs, what if we allowed it to shape our understanding? Doing this will be challenging, but it is valuable and necessary to living out faithful Christian ethics.

One reason it’s tricky to discern the implications of the Old Testament Scriptures as a whole is that they weren’t written in one go. They issued from the work of many different people over the better part of a thousand years. They come from cultures different than our Western lives; thus, they can seem remote. And they can seem to accept things that we don’t expect God to accept. The Scriptures were addressing situations very different from ours, and God needed them to speak differently into different contexts.

In giving us guidance about what’s right, the Old Testament isn’t systematic, and it isn’t organized by topic. Part of the challenge and the richness of the Old Testament is its colorful variety. Yet in due course, these writings became one book. So how can they become a resource to us? Jesus gives us some pointers for answering this question.

One of the first things Jesus says in the Sermon on the Mount is that he didn’t come to annul the Torah and the Prophets but to fulfill them (Matt. 5:17). “Fulfill” sounds like a technical term, but Matthew is using the ordinary word that means “fill.” Jesus came to fill them up, to fill them out. How did he do so? When he goes on to say, “You’ve heard it said . . . but I say to you,” he gives a number of examples of this filling out. For instance, it’s possible to latch on to the commandment that prohibits murder and ignore the Old Testament’s warnings about anger. Jesus isn’t saying something new, as if the Old Testament didn’t realize that anger was to be avoided. Proverbs makes that point clear. Rather, Jesus fulfills the Torah and the Prophets by pointing out things the Old Testament says, and things it implies, that people might be inclined to avoid. He brings out the full implications of the Scriptures.

In another example, the Torah says, “Love your neighbor” (Lev. 19:18). The context makes it clear that Leviticus has in mind the neighbor you don’t get on with, the neighbor who’s your enemy. Maybe Jesus knew of people who thought that as long as you love your nice neighbor, you can hate your neighbor who is your enemy. But the Old Testament never says you can hate anyone, and neither do any other Jewish writings. Leviticus itself implies that you must love your enemy, but you could miss that inference. So in one instance of this “filling out,” Jesus tells the parable of the Good Samaritan, fulfilling the Torah by bringing out its implications: Your neighbor may not be someone you like, but you still have to love them.