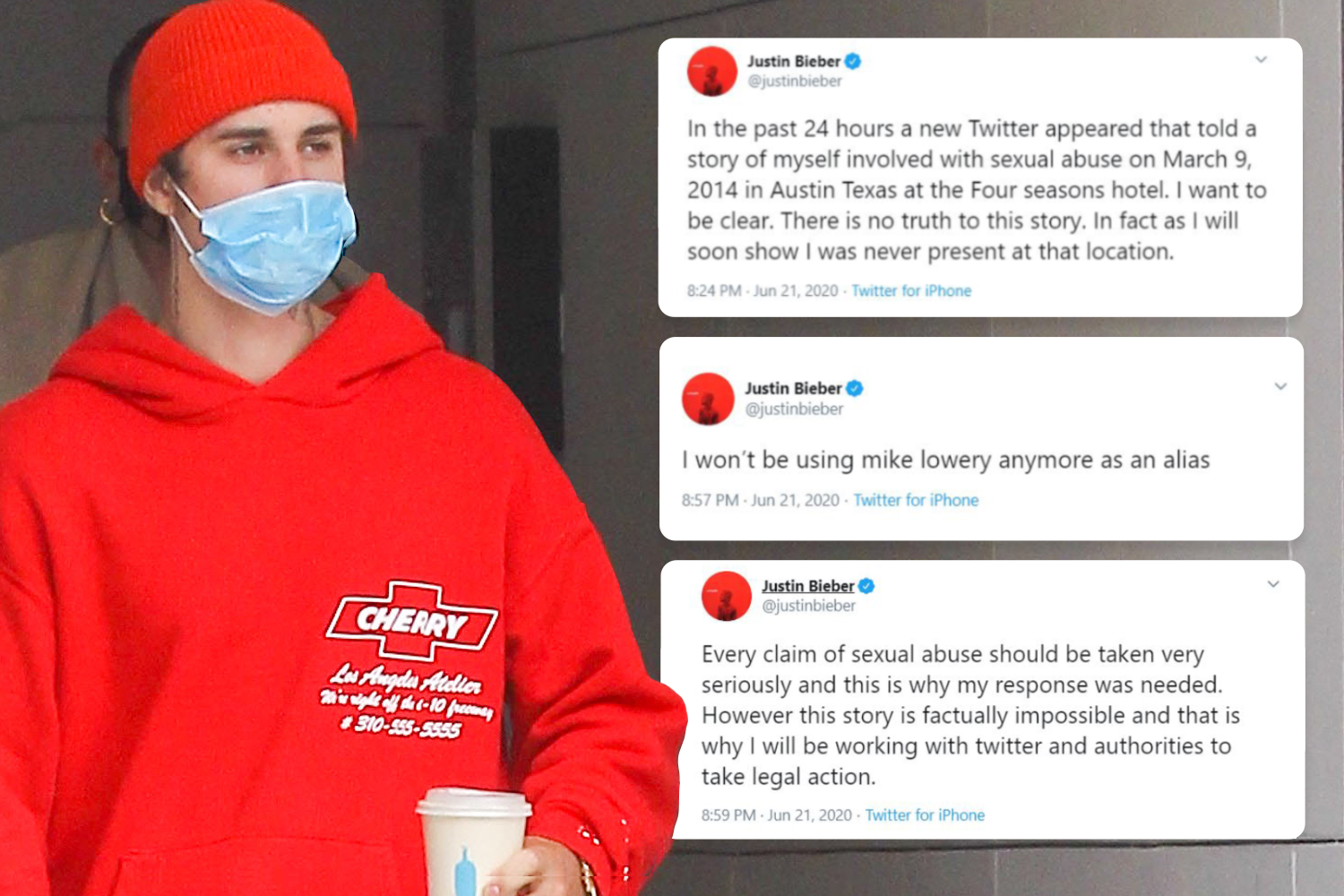 JUSTIN Bieber has broken his silence to deny an allegation of sexual assault made against him.

The singer, 26, took to Twitter to post a lengthy thread, vehemently refuting claims by an anonymous woman named only as “Danielle.”

Over the weekend, Danielle alleged she was assaulted during the time of the SXSW music festival in Austin in March 2014.

Bieber came forward to address the accusations on Sunday, after discussion with his wife Hailey and his team.

He wrote: “Rumors are rumors but sexual abuse is something I don’t take lightly.

“I wanted to speak out right away but out of respect to so many victims who deal with these issues daily I wanted to make sure I gathered the facts before I made any statement.

“In the past 24 hours a new Twitter appeared that told a story of myself involved with sexual abuse on March 9, 2014 in Austin Texas at the Four seasons hotel.

He claimed: “There is no truth to this story. In fact as I will soon show I was never present at that location.

“As her story told I did surprise a crowd in Austin at Sxsw where I appeared on stage with my then assistant side stage and sang a few songs.

“What this person did not know was that I attended that show with my then gf Selena Gomez.”

The singer then proceeded to post evidence to back up his version of events, sharing a photo of himself on stage with his assistant off to the side.

He also posted a photograph of him and Selena walking the city streets on March 9, 2014 — the night Danielle’s alleged assault took place.

He also posted a number of articles noting that Selena was with him during this trip and that they reportedly “didn’t arrive in Austin that night from Selena’s show in Houston until late in the night.”