Coronavirus is infecting more people in their 20s and 30s in the South: Health officials say there has been a ‘radical shift’ as cases continue to spike in Florida, South Carolina, Texas and other southern states that have reopened 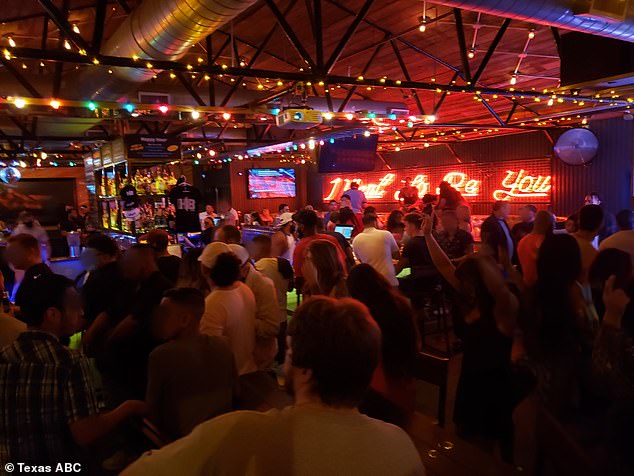 Authorities across the Southern United States are warning of worrying signs of young people becoming more susceptible to coronavirus, amid suggestions that lax social distancing and the reopening of bars is to blame.

Health officials and lawmakers in Florida, South Carolina, Georgia, Texas and Mississippi are all reporting spikes in the number of people in their 20s and 30s getting infected.

From the beginning of the pandemic up through May 30, the median age of positive coronavirus cases was 48, the Centers for Disease Control and Prevention (CDC) said.

In several Southern states that average age is dropping.

Older people are still more likely to suffer severe effects of the virus, but the trend of young people getting infected is deeply troubling.

In Florida, which pushed hard to reopen quickly, Governor Ron DeSantis said Friday that the median age was 37 for newly diagnosed coronavirus cases over the last week.

‘That is a big change from where we were at the end of March and the beginning of April,’ he said.

‘It was skewing much older at that time.’

A day later he was even more emphatic, saying the state was seeing case loads ‘shifting in a radical direction’ toward populations in their 20s and 30s.

‘We’re also seeing that not only are they testing positive because they’re testing more, they’re also testing positive at a higher rate increasingly over the last week,’ he said, adding there’s evidence of transmission between those younger groups.

St Petersburg Mayor Rick Kriseman scolded millennials for their role in spreading the virus, saying, ‘It is time that your generation started taking this more seriously.’

Ken Welch, a county commissioner in Pinellas County, Florida, said they were working on ways to get the message across to a younger audience.

‘One idea is to reach out to local sports figures like the Tampa Bay Buccaneers, the Lightning, the Rays, and have them talk about why it’s important to wear a mask and why it’s cool,’ he said.

On Saturday, Florida reported 4,049 new cases – the most reported in a single day.

Andrew Cuomo, the governor of New York, has mused about stopping flights from Florida to his state.