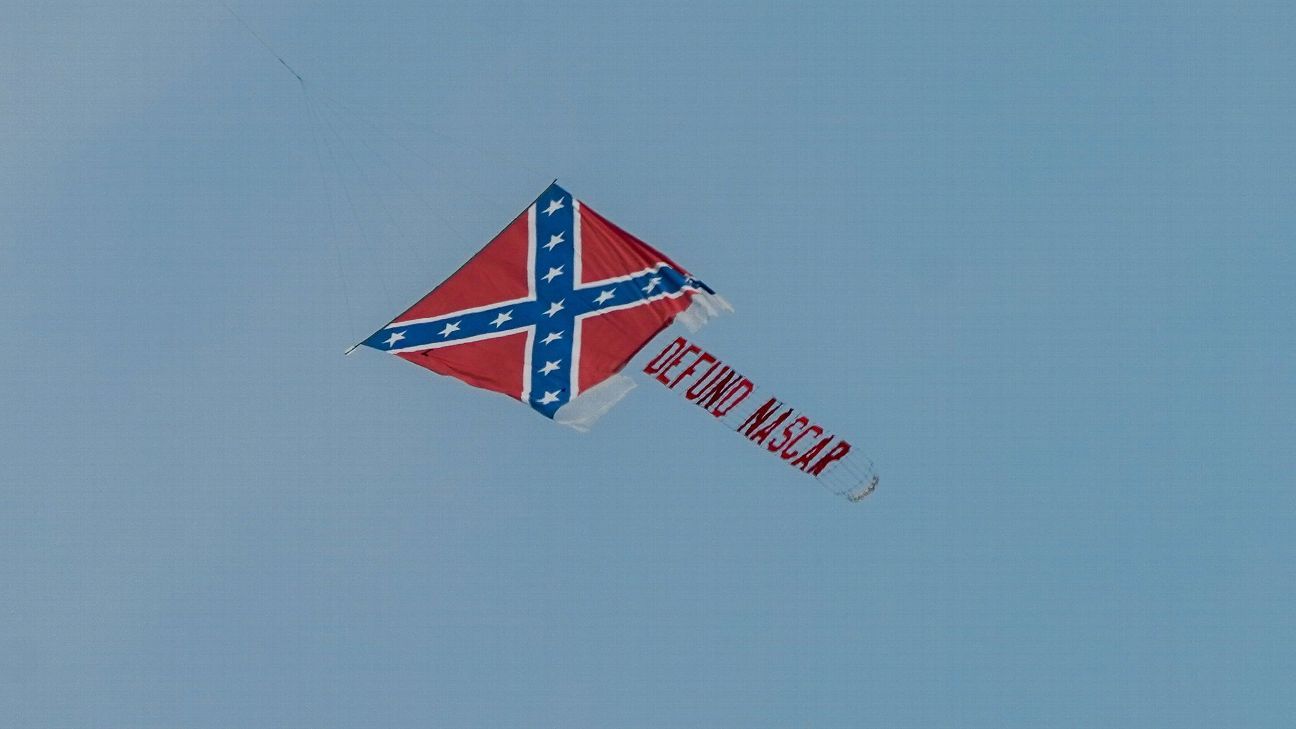 NASCAR has banned the Confederate flag from being displayed at its events, but supporters of the symbol still managed to be seen Sunday before the race was postponed to Monday because of inclement weather.

Vehicles lined the boulevard outside Talladega Superspeedway in Lincoln, Alabama, waving the flag and a plane flew above the track towing a banner of the Confederate flag that said “Defund NASCAR.”

NASCAR has not stated how exactly it plans to stop fans from displaying the flag on track property, and none of the instances Sunday at Talladega were inside the facility.

A pickup truck with Confederate flags flying from the back tooled around Speedway Boulevard. Ed Sugg’s merchandise tent flew them prominently in a display alongside Trump 2020 banners and an American flag.

“They’re doing very well,” said the Helena, Alabama, resident, who has been selling an array of wares at NASCAR races for 21 years. “People are disappointed that NASCAR has taken that stance. It’s been around for as long as all of us have been. I don’t think anybody really connects it to any kind of racism or anything. It’s just a Southern thing. It’s transparent. It’s just a heritage thing.”

David Radvansky, a 32-year-old from suburban Atlanta, brought his wife and boys, who are 3 and 6, on Sunday. He said he started coming to Talladega in the 1990s when his father parked cars at races and applauds NASCAR’s decision to ban the Confederate flags.