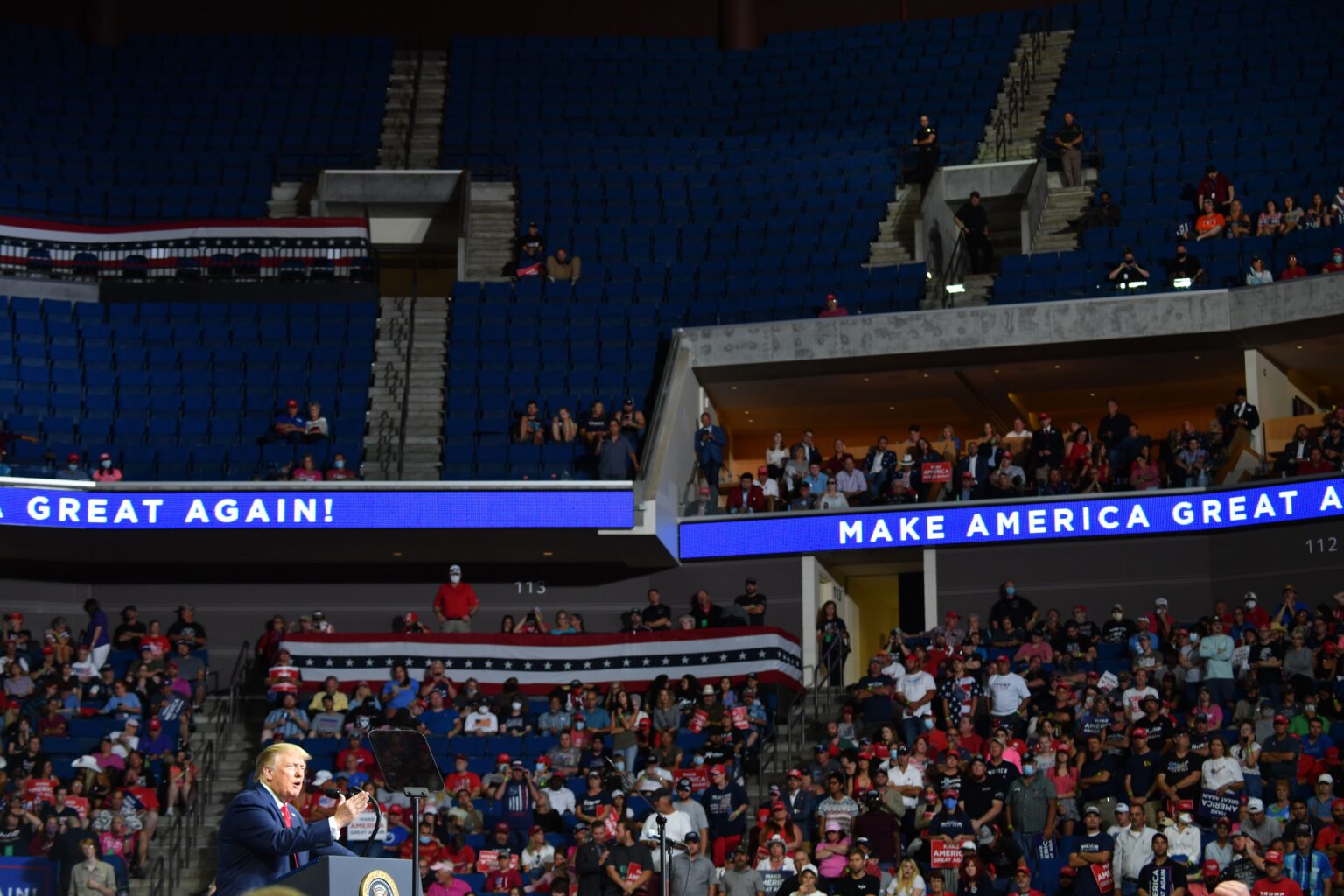 The campaign was set to have Trump and Vice President Mike Pence speak to a crowd of supporters gathered outside the Bank of Oklahoma Center before giving his official rally speech at 8 pm EST, according to CNN.

One big problem: the “crowd” never materialized. Despite the campaign reporting a million RSVPs, the event appeared to be below capacity inside the arena, and an “overflow crowd” simply did not exist.

Reporters confirmed the outdoor rally cancellation, as the campaign encouraged supporters to come inside to fill empty seats.

“The Trump campaign is blaming tonight’s turnout which has fallen well short of their expectations to protestors ‘interfering with supporters’ attempting to gain access to the Trump events,” CNN’s Ryan Nobles tweeted. Photos and video from multiple reporters on the ground showed that access to security checkpoints and entrances remained unblocked, however.