GRIM RECORD: Brazil becomes second country to hit one million coronavirus cases after US – with 54,000 new infections in ONE DAY 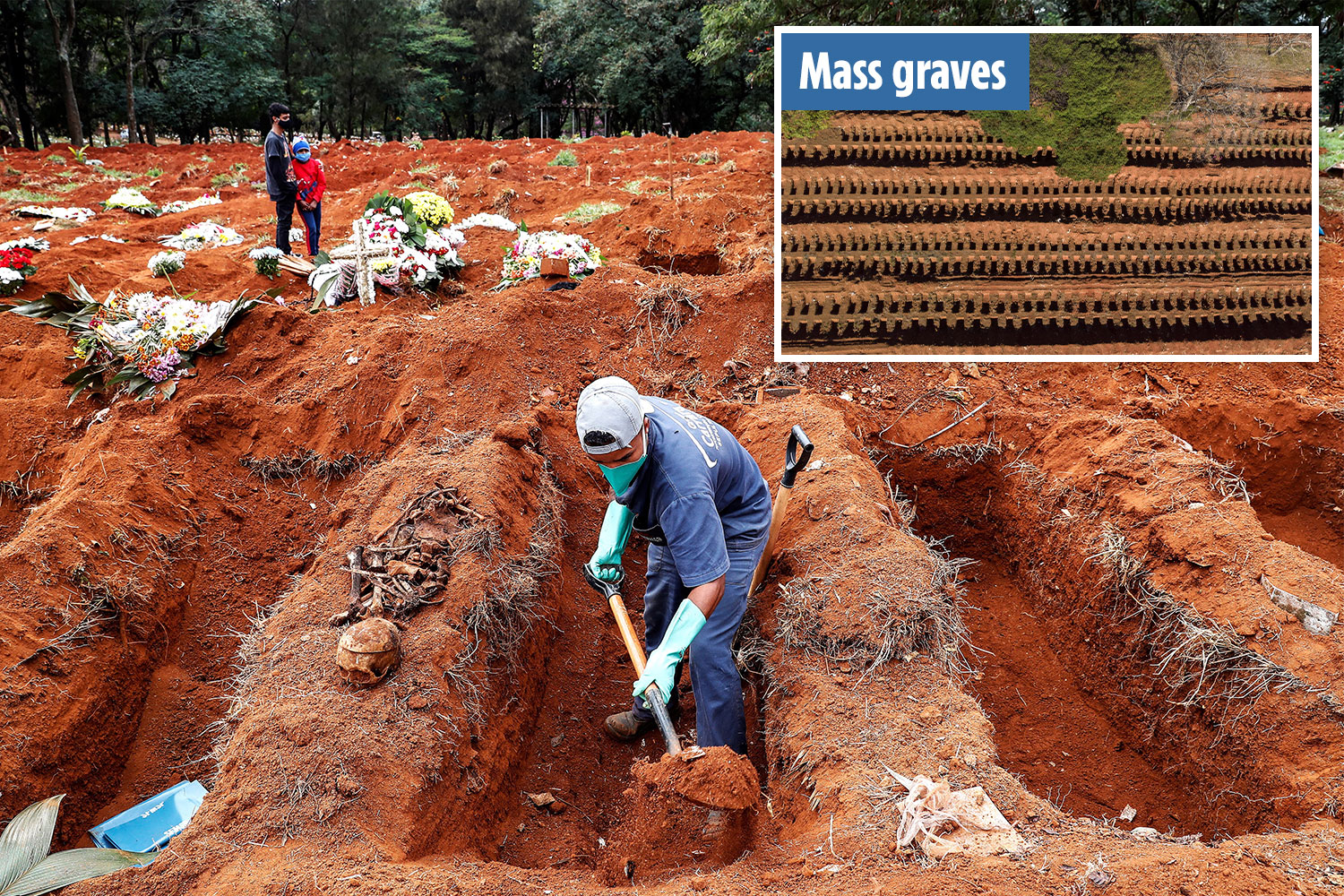 BRAZIL has become the second country in the world to hit one million coronavirus cases after infections rose by 54,000 in just one day.

The South American country also recorded more than 1,200 deaths for the fourth consecutive day as the total fatality count neared 49,000.

Infections have soared tenfold in Brazil over the past month after first surpassing 100,00 coronavirus cases on May 3.

And some experts fear the real infection number could be as many as ten million due to Brazil’s lack of testing and the government’s flippant attitude to the pandemic.

It comes after the US became the first country to break one million cases on April 27 – and continues to be the world leader with almost 2.3million cases.

He warned cases were rising fast at the same time as governments were beginning to ease their lockdowns – as fears loom worldwide of a potential second wave.

Brazil – which has a population of 211million – is also heading into its winter, which can worsen respiratory illnesses like Covid-19.

President Jair Bolsonaro had insisted the virus was “just a little flu” and consistently downplayed the threat from the pandemic.

His country is now paying the price, but his regime continues to claim that everything is under control despite the soaring numbers.

Walter Braga Netto, the head of the office of the Brazilian president’s chief of staff, said: “There is a crisis, we sympathize with bereaved families, but it is managed.”