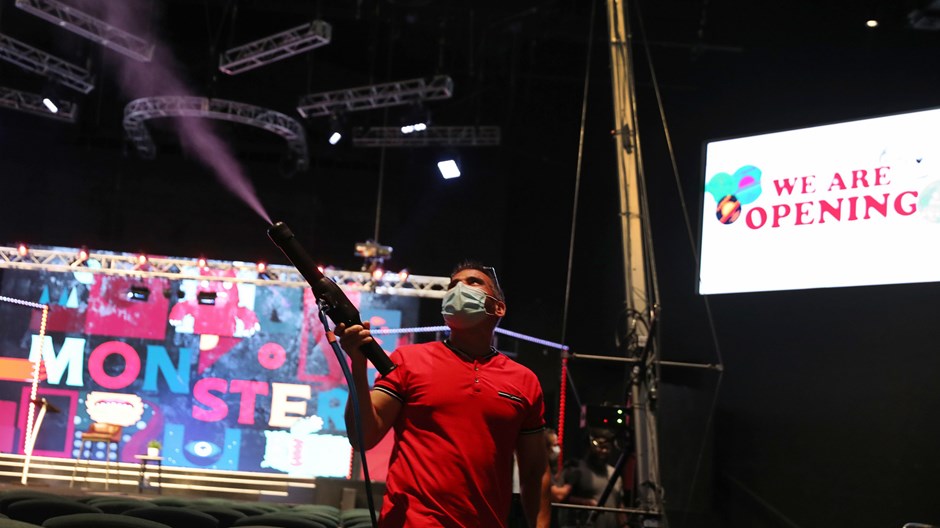 Thomas Berg is James Oberstar Professor of Law and Public Policy at the University of St. Thomas School of Law in Minneapolis. Shawna Kosel is a wife and mother, community leader, and religious philosopher pursing a law degree at St. Thomas as an extension of her love of learning and commitment to the common good.

After almost three months of COVID-19-related closures, thousands of congregations of all faiths can gather again in person because state or local orders have expired or relaxed. The situation is complex. Congregations still face restrictions like size limits or social distancing rules; in some places, the restrictions remain severe. Out of safety concerns, many congregations that are free to gather will stay online.

And a surge in cases in some places is causing communities to rethink their plans.

Restrictions on in-person worship have been divisive in the general public and within congregations. Those challenging the restrictions have often accused the government of devaluing religious practice. The challengers have often been accused of ignoring the common good.

While many churches are free to resume their gatherings, the questions and disputes around government restrictions during a pandemic remain. As a legal scholar and religious liberty advocate (Thomas Berg) and a law student and church leader (Shawna Kosel), we believe examining the legal principles and convictions at play will help us extend grace to those on both sides of the latest religious freedom disputes. It’ll also provide a better understanding if the virus spikes again and strict restrictions on worship return.

In their early weeks, state orders prohibiting worship were relatively strict across the board, prohibiting a wide range of in-person activities. But as states began to open up, they allowed more activities like in-restaurant dining and “personal services” (hair salons, tattoo parlors, and barbershops). Both of those bring people into close proximity for extended time periods, two of the significant factors that make worship services risky for coronavirus transmission.

If government restricts worship but allows activities presenting similar risks, that can amount to a religious freedom violation in two ways.

One is under the Supreme Court’s First Amendment doctrine, which says that government can restrict religious practice if, and only if, the law in question is “religion-neutral and generally applicable.” According to several court decisions, a law restricting religion fails the general-applicability standard, even if it doesn’t target religion alone, if it allows other activities that cause similar harms.

The second is that under both federal and state rules, government can restrict religious conduct if can prove the restriction is necessary to serving a “compelling” governmental interest (like public health). It’s difficult to prove that restricting religion is a compelling necessity if activities causing similar harms are allowed.

Candidly, we see downsides when churches assert their rights aggressively by pointing to other activities that the government has allowed. Such assertions can intensify an unhealthy sense of grievance among Christians. They can play into the “what-aboutism” that often makes it difficult to establish any agreement in public debate today.

But equal treatment is also an element of intuitive fairness, and an important means of guaranteeing liberty. As Supreme Court Justice Robert Jackson once wrote, “[N]othing opens the door to arbitrary action so effectively as to allow [government] officials to pick and choose only a few to whom they will apply legislation, and thus to escape the political retribution that might be visited upon them if larger numbers were affected.”

Not only have a wide range of entities opened up, but in the last two weeks cities nationwide permitted large, crowded protests, complete with chanting and singing, exceeding the limits that COVID orders generally place on “mass gatherings.” The protests’ message challenging racism and police brutality is crucial—and often religious. But regulation must rest on the activity’s riskiness, not on the content of its message. Admittedly, the protests were outside, and their grassroots nature would’ve made stopping them impossible. But congregations have already begun to argue that declining to enforce health rules strictly to stop protests means you cannot invoke them strictly to stop worship.