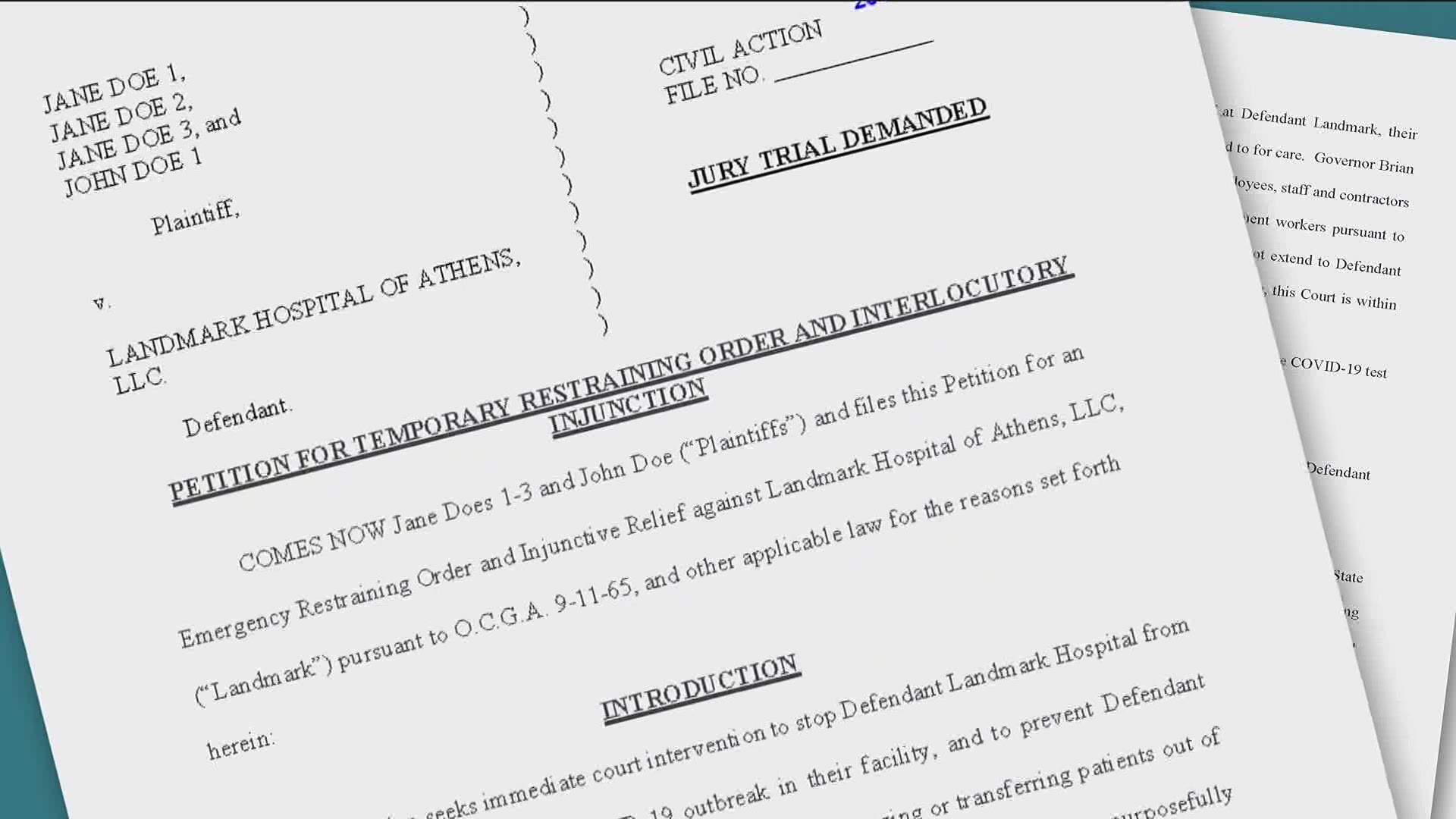 ATHENS, Ga. — At least four nurses at a critical care hospital in Athens have accused the facility of creating a scheme to falsify COVID-19 test results.

In court documents filed this week, the nurses claimed Landmark Hospital in Athens intentionally manipulated test results to cover up an outbreak at the facility.

One former and one current Landmark nurse agreed to tell 11Alive how the hospital allegedly does it. Both agreed to speak on the condition of anonymity for fear of retaliation.

“When they had someone who would turn out positive, they would re-do the test so that it would come back negative and they would say that it was a false positive,” explained one of the nurses

The nurses said the hospital instructed staff to take samples from inside someone’s throat, but send the samples to a lab run by Piedmont Hospital that only tests nasal swabs, knowing the results would turn out negative for COVID-19.

According to the documents filed in Gwinnett Couty Superior Court, “Landmark had previously attempted to submit tracheal swabs to the lab at Piedmont, and these samples had been rejected as the lab was not able to perform tests on these types of specimens.”